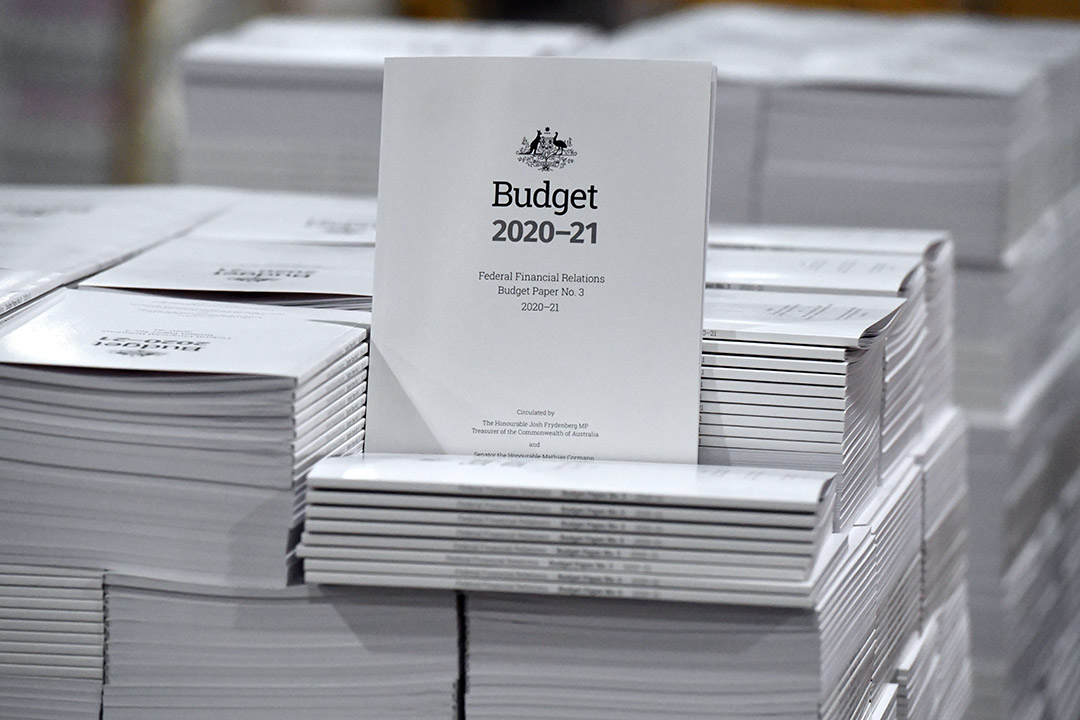 Standby! Santa Josh’s Budget will be stacked with gifts beyond belief

Standby for the greatest gift-giving Budget you’ll ever see! And some of the biggest beneficiaries will be the unemployed, average households, enterprising small business entrepreneurs and the banks!

You don’t know how economies and share prices work if you’re scratching your head wondering how a stock market can surge 2.6% in a day in the middle of a recession and one day out from a Budget that will tell us the pending deficit will be over $200 billion, when a $7 billion surplus was the goal before the Coronavirus.

The stock market is a forward-looking animal trying to guess what companies will do better than expected, which can make today’s share price look wrong and too low.

CBA’s share price spiked 3.56% yesterday and Westpac put on a whopping, “all is forgiven” 4.3% because this Budget is aimed at bringing the growth of jobs, good and services not seen since World War II.

The banks’ share prices were smashed by the Murray Inquiry into our financial system, the Hayne Royal Commission, their Austrac misbehaviour and then the Morrison Government recruiting them for the COVID-19 rescue plan. But these spikes in their share prices tell us 2021 will be a better year for the banks. And Josh Frydenberg and his Budget will have a lot to do with their expected rising profits and share prices.

The survey of analysts at FNArena tips ANZ has nearly 20% upside for its share price going forward, while Westpac is close to 16%. And these forecasts were before the expert company watchers would’ve seen the detail of what Treasurer Frydenberg is doing to get our economy cooking in 2021.

Over the past few weeks, we’ve had insights into what we’ll hear from the Treasurer tonight at 7.30pm and two revelations in The Australian today underline how positively impactful this Budget will be.

First, there will be The Boosting Cash for Employers scheme, which we’ve already heard about it. But we now know that between $20,000 and $100,000 will be going to eligible small and medium-sized businesses and charities that employ people. The eligibility criteria will be crucial but, in principle, it’s a good idea.

This initiative will offer 700,000 Australians under 35 years of age who’ve been on welfare payments a chance to be in a Government-subsidised job. The details will be part of the drama in tonight’s Budget speech. Both the unemployed and potential employers will be keen to see how the programme will work.

This is hot on the heels of the PM announcing a $1.2bn package over the weekend to assist businesses employ 100,000 new apprentices and trainees, as an addition to existing job-training schemes sponsored by the Government.

Add all these potential job-creating and income-generating policy plays (for Australians who might now be on social welfare) to the tax cuts (that could deliver an average two-income working family a combined tax cut of $5,000 a year) and you can see why banks’ share prices (and others companies bound to be beneficiaries of this big-spending Budget) saw their stock prices spike yesterday.

Harvey Norman was up 2.65%, Nick Scali was 2.74% higher, and others where we’ll be spending our Budget-supplied money all did well, thanks to Josh.

This chart shows how the Government’s rescue plan has helped the likes of Harvey Norman.

We’ve learnt today how we’ll get the backdated tax cuts to July 1. What will happen is that we’ll get even bigger tax cuts for the next eight months to make up for that July to October period.

This won’t be the gift that will always give but for the next couple of years, it will be a crucial gift to create economic growth, jobs and higher bank share prices.