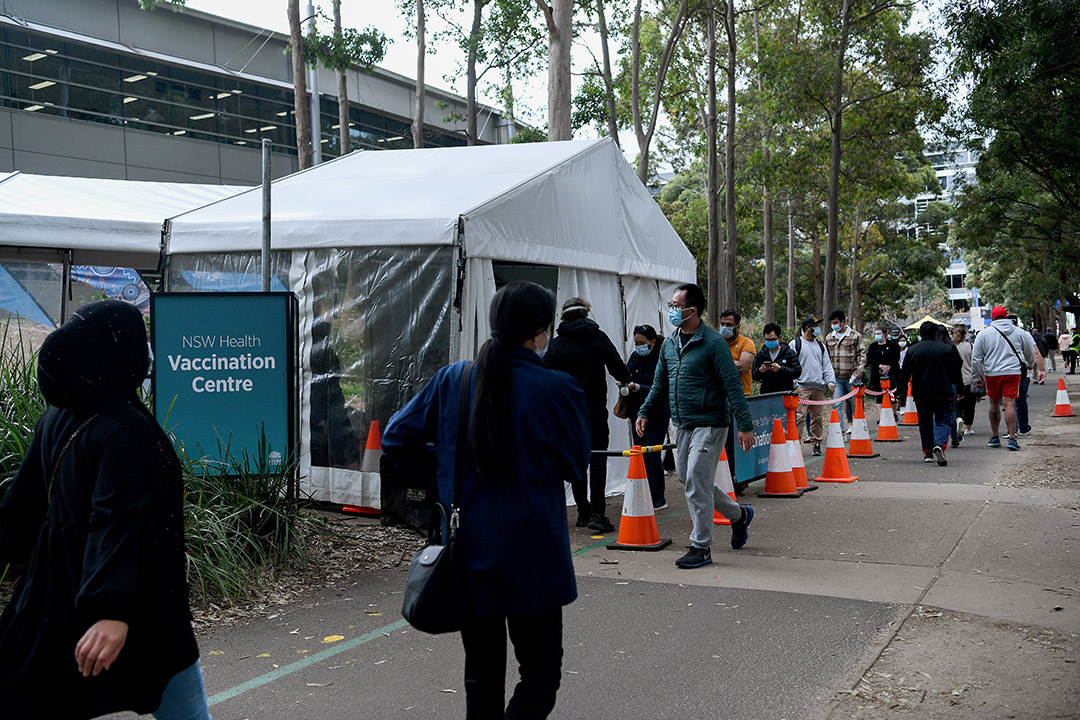 Stand and be vaxxed. NSW freedom in sight!

The Daily Tele is telling Sydneysiders that Freedom Day starts on October 18, while The SMH is more cautious, saying restricted freedoms are likely by the end of next month but there is a catch.

Freedom is on the table for fully vaccinated Sydneysiders! And the news is even better, with some regions being released from captivity within days!

In Sydney, the first stage of the reopening plan, which was given the thumbs up by the state’s crisis cabinet yesterday, will allow gyms, hairdressers, restaurants, cafes and pubs to reopen at reduced capacities.

Now all this hinges on NSW hitting its 70% double dose vaccinations, which the numbers experts say will arrive in six weeks’ time. And The SMH says the Berejiklian Government will actually trial the reopening play in at least two ‘guinea pig’ local areas (my words not theirs) where the vaccination rates are high and the case numbers of the virus are low. The Northern Beaches, the Hills Shire and the Blue Mountains are among likely contenders for an early release!

This comes as inner-city suburbs have started to see a spike in infections. Glebe, Waterloo, Redfern and Marrickville have all seen case numbers trend up, which has to be a worry, as these areas are renowned for their hospitality venues, so you’d expect the state government will want these areas showing a better clean bill of health before opening up the city.

And what’s really important is that if NSW opens up, it needs to stay open, as confidence is the key to making up for the damage that lockdowns have rained on the economy.

Even the Reserve Bank believes a big economic bounceback is on the way for Australia, starting in December, with vax rates expected to be 80%, building up steam to February. By March, the high vaccination rates should be delivering a more normal Australian economy starting to re-embrace the world for trade and tourism.

Right now, the lockdown’s slug on the economy is getting harder, with job ads falling by the biggest amount in 16 months. That’s when the Coronavirus turned into an economy-closing pandemic. This comes as the weekly ANZ-Roy Morgan consumer confidence rating fell by 1.8%, with sentiment dropping 5.3% in Sydney and 0.8% in Melbourne.

Meanwhile the services sector, which is our biggest employer, is contracting. The AiGroup Performance of Services Index (PSI) has fallen from 51.7 to an 11-month low of 45.6 in August, with any number under 50 denoting a contraction in activity.

Confidence can turn on a dime and can grow at a rapid rate, which we saw last year after the first national lockdown ended, but this chart shows how the current lockdown is hurting economic activity.

Until the Delta-driven lockdowns, we were leading the world. Now our higher case numbers and lower vaccination rates have seen both the US and Europe show us how we can get our economies going.

How? By getting jabbed and ending lockdowns. But as our country won’t take the risks other countries are prepared to take for freedom, we have to encourage our fellow Aussies to get vaccinated, and fast!