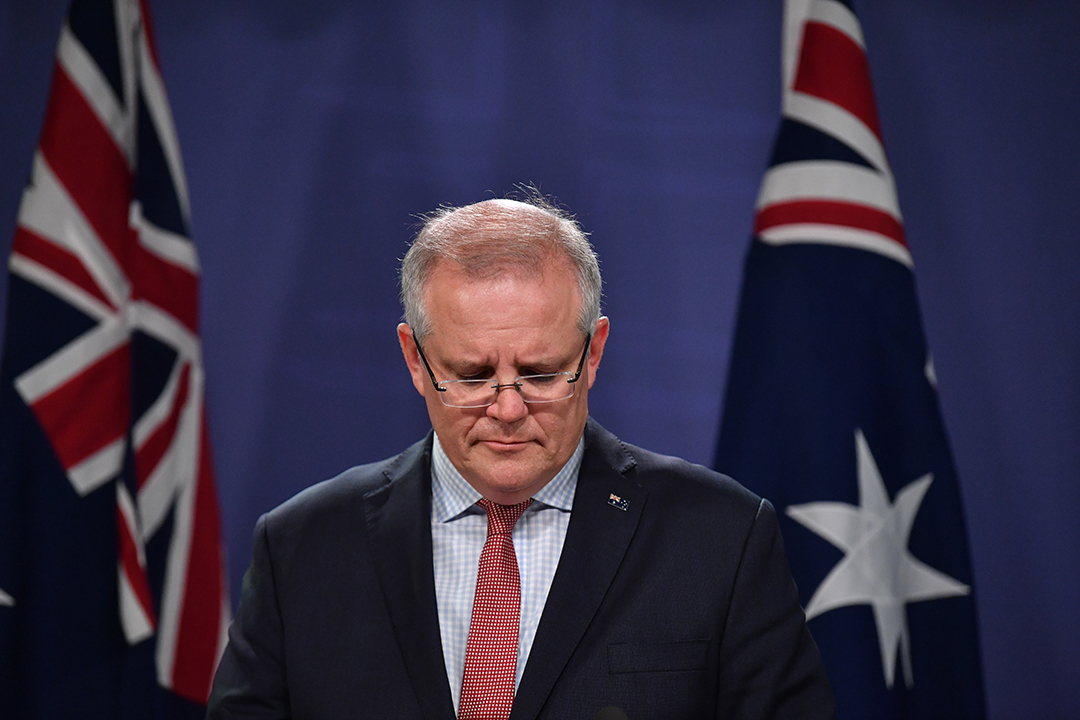 “It’s the economy, stupid.” That’s what helped Bill Clinton and the Democrats in 1992 get the upper hand in the political ping pong game that is the ongoing battle for the hearts and minds of voters. In reality, the line was coined by Clinton’s campaign strategist, James Carville, but it worked, adding to the credibility of the would-be President.

And the economy will be the make or break story for our embattled Prime Minister Scott Morrison, who had a better-than-expected Newspoll, which comes as economic readings are getting better, bit by bit.

Meanwhile, after Anthony Albanese’s big call to make us emission free by 2050, he’s “suffered an eight-point deterioration in his own numbers, falling from 43 per cent to 39 per cent on approval ratings and rising from 40 to 44 on disapproval.”

At the same time, the PM’s approval rating is 38%.

Going into this economic year with business well and truly back from holidays and the bushfires threat pretty well replaced with a flood challenge, the economy will progressively take centre stage, provided we are assured that the Coronavirus can be beaten. The jury is still out on that.

Ahead of a few speeches I’m doing this week, I’ve run my eye over the latest run of data to see if there are solid reasons to believe the economy is turning for the better. From time to time I do this because you can be seduced by standout bad or good news, which means you miss the bigger picture.

The bad news right now has to be the Coronavirus that could take Chinese economic growth down from 6% to 0% in the first quarter of this year. Our link to China, export-wise, means some economist think our March quarter growth could be negative. That said, their economic forecasting models say a rebound in the second half of 2020 is expected. But if the virus proves worse than expected, then we could end up in a technical recession for the first time in 29 years.

This would not be good for the Coalition and the PM’s popularity.

So what is the current run of data that might give us hope that the economy is turning to the positive? Here goes:

That’s a load of improving data that was building up before and even during the bush fires but we have to add into the picture the impact of the Coronavirus. And Australia's rolling annual trade surplus with China was a record $70.33 billion in December, with annual exports to China at new record highs of $149.61 billion.

Meanwhile, tourist arrivals rose by 0.9% in December — the biggest lift in tourist arrivals in four months. China is the largest source of tourists to Australia and over the past year, 1,453,200 tourists from China came here, which was a rise of 0.9% on 2018 but the weakest annual growth rate in 9½ years. Fortunately, the Kiwis are helping, with NZ tourists hitting a record-high of 129,100 in December.

China is stimulating hard to offset the Coronavirus and the RBA has told us recently that it’s “reasonable to expect that an extended period of low interest rates would be required in Australia to reach full employment and achieve the inflation target.”

We could get out of this tricky economic jam we are in now and the PM might rebuild his popularity but he needs the Coronavirus to get sorted quickly, the Chinese economy to rebound ASAP and no scary developments out of the money market, which can never be totally ruled out, with the world exposed to huge debt levels.

Undoubtedly, it is “the economy, stupid,” but it’s easier said than done to make it grow fast, create jobs and deliver higher wages — and that’s what will be needed to get the Coalition into the good books again.