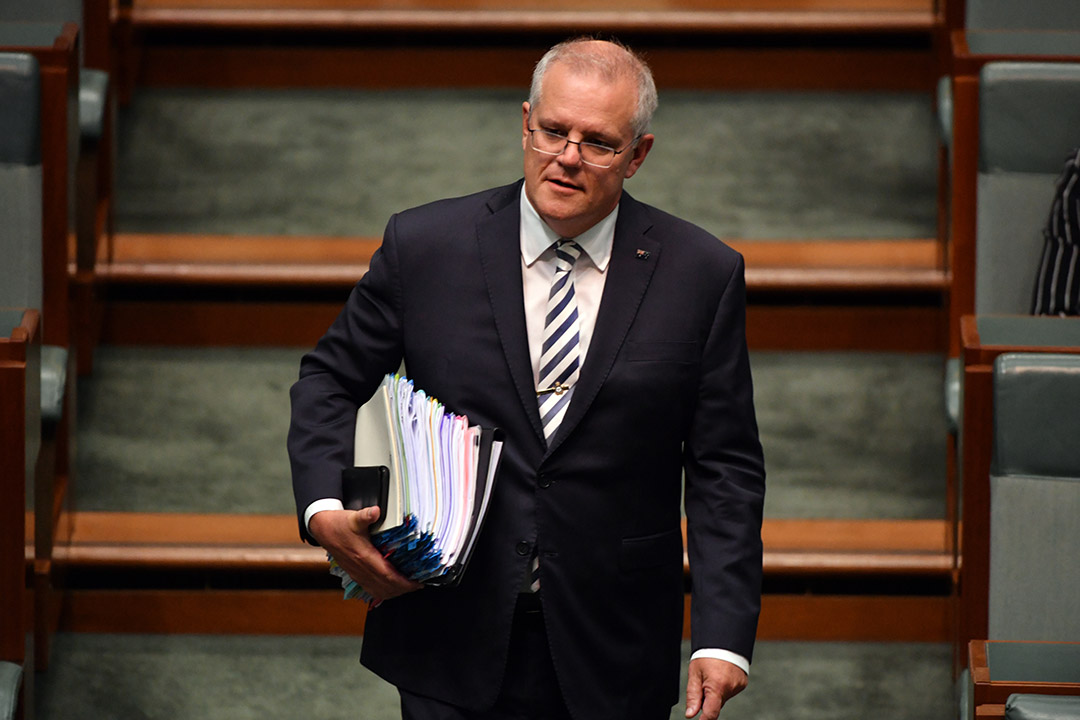 ScoMo, you have to be the man with a plan

The drama associated with the AstraZeneca clots in younger people has led to the PM to drop his October target for all Aussies to have their first vaccination. But the national reaction has been: “Not happy Scotty. Not happy!”

The reaction from business and politicians, even from his own side of politics, hasn’t been good. And there’s a potential economic effect of the Government not getting the optics right on this.

Google couldn’t help me check out this ‘fact’ but I recall that when the great rugby league coach, Jack Gibson, caught up with his team in a Grand Final, he shocked everyone by simply walking in and telling his team: “You know what to do.”

The message was basically saying: “I’ve coached you. You know what I want. Go out and do it.”

It’s a great message for all leaders. And if your team couldn’t do what you want without you asking, then you need to improve your coaching/leadership.

But with ScoMo and his current ‘no plan for jabs’ approach, it’s like a footie coach telling his team at half-time that they’re losing and you don’t have a plan to change things!

Fortunately, the PM does have time up his sleeve. While people are being jabbed at a pretty fast rate in places like the US and the UK, other parts of the world are still struggling. And the PM can be proud of the great performance in containing and beating the Coronavirus here, but he needs to produce some big results with the vaccination programme.

Today, the AFR tells us that Treasury says our “economy grew by $7.5 billion in the December quarter alone due to people holidaying at home and spending their money here rather than abroad.”

This means the vaccine setback shouldn’t damage federal budget projections as Aussies holidaying locally will help the economy boom. But for how long?

In the past we used to spend $69 billion a year on overseas travelling. A lot of this is now going to local holidays, spending (at the likes of Harvey Norman and JB Hi-Fi), renovations and actual saving.

But again I ask: how long can we expect our economy to be powered by local spending and holidaying? We don’t know, but it would be foolish to think we can rely on Aussie spending alone to keep our economy powering along in the future.

The NSW Premier Gladys Berejiklian is worried about our international standing, saying there would come a point when the rest of the world began re-­engaging with each other. “We can’t afford to be left behind,” she said.

Meanwhile, the Opposition health spokesman Mark Butler said a successful vaccine rollout was the Prime Minister’s “most important job this year” and our economic recovery was inextricably linked to it. (The Australian)

He’s right. ScoMo is the national coach. And if this economic boom that I’ve been predicting is to be sustained, we have to be ready for international tourism ASAP.

Tourism Australia puts the sector into context with the following: “In the financial year 2018–19, Australia generated $60.8 billion in direct tourism gross domestic product (GDP). This represents a growth of 3.5 per cent over the previous year – faster than the national GDP growth. Tourism also directly employed 666,000 Australians making up 5 per cent of Australia’s workforce.”

But it’s the pro-ScoMo business sector that has shown how important a clear vaccination plan is, with the response of industry groups to the PM’s “I don’t have a plan” approach.

Here’s The Australian again: “Business is demanding the Morrison government commit to a new timeline for the COVID-19 vaccine rollout and reconsider taxpayer-funded industry support, warning Australia “risks losing the economic war”, as other countries plan their reopening.”

Only 1.2 million Aussies have been jabbed and that’s nothing to crow about. Jenny Lambert, ACCI’s acting chief executive got it right when she said: “If we can’t expect specific dates, we should at least be aligning our restart plans to milestones in the vaccine rollout.”

ScoMo is having a shocker lately with his handling of sexual misconduct in Canberra, the Holgate watch debacle and now this vaccination stuff up. Not only should he look at some of  his advisers who’ve got it so wrong lately, maybe he should simply start using his own instincts based on what needs to be done, rather than what looks right in the public eye.

Great leaders don’t always get it right. The likes of Bob Hawke, John Howard and Winston Churchill made big blues, but they got the big things right, eventually. And they could even make unpopular decisions that were made for the right reasons.

ScoMo needs to get back to the basics of great leadership — honesty, listening to wise counsel and having the guts to do the right thing.

Imagine a PM who could go to his team and simply say: “You know what you have to do.” Now that would be a Prime Minister for the ages, and it would be great for our economy. Leadership and its importance to great results in business and economies can never be underestimated.