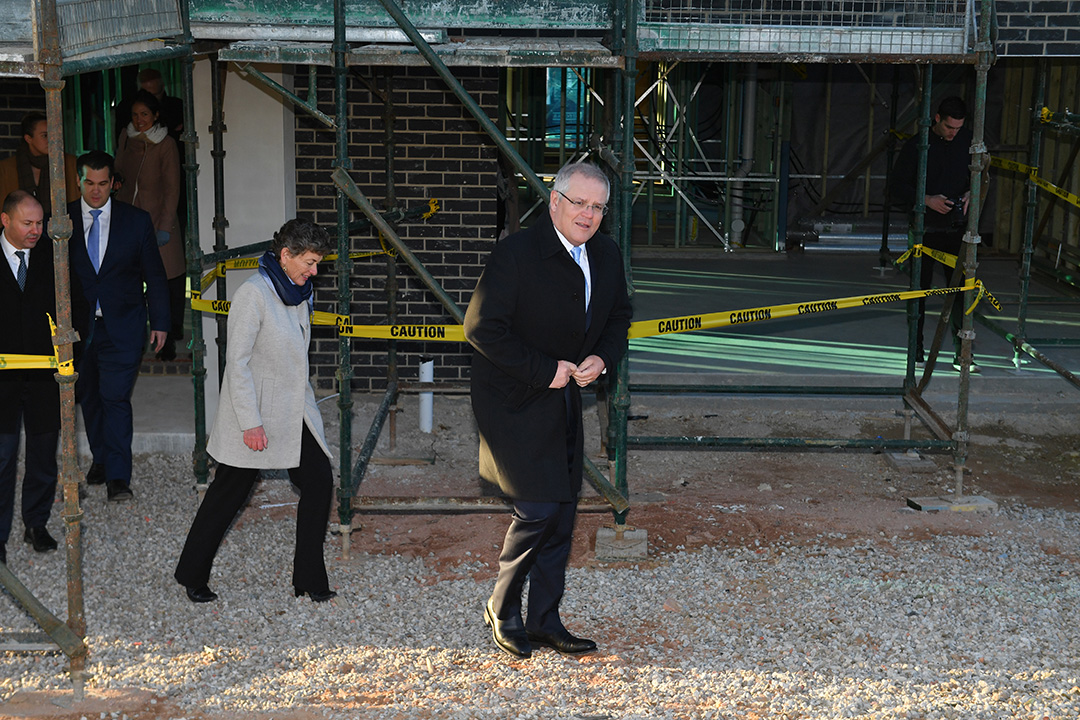 One of the great gifts of former Queensland Premier Peter Beatie was his willingness to admit when he and his government “stuffed up” and he’d do it pretty quickly. And guess what? The people of the north forgave him such that he held down the top job between 1998 and 2007.

After looking at ScoMo’s Homebuilder Scheme, it looks like it’s time for a quick apology from the PM and a “take 2” on the idea.

When I heard earlier in the week that a $40,000 grant for renovations was on the way, I thought in principle it was a good idea. Back in the GFC, I really annoyed my Coalition buddies by arguing that Prime Minister Kevin Rudd was right to throw money at the recession threat.

Sure, I know those $900 cheques ended up in pokie machines for some drongos but others bought TV sets and mobile phones and kept the economy going.

The tragically mishandled pink bats programme was a good idea in principle because our homes needed insulation and the cost was accessible to average families. But as I said, it was mismanaged.

Rudd’s team should’ve seen that and, like Beattie, should’ve gone for a “take 2” and fixed up the monitoring of the businesses going into the insulation game.

Economies threatened by a serious recession, like we are now, need spending by the Government to stimulate demand from consumers and business to create jobs but the Homebuilder scheme looks like it will be a real dud.

Have a look at the conditions:

A lot of people will get cut out of this programme but land and package builders will probably do OK by being able to offer $25,000 grants deals. However, a lot of potential renovators will find the eligibility criteria too hard, while some will find it could be too slow a process if council permission is required.

In principle, stimulating building is smart and Treasurer Josh Frydenberg part-nailed it when he pointed out that “with dwelling investment expected to decline by around 20% through the June quarter, the HomeBuilder program will support residential construction activity and jobs across the industry at a time when the economy and the sector needs it most.”

I say “part-nailed” it because it won’t lead to quick spending, which the economy needs for the Treasurer’s own department’s forecasts on job creation ahead to be proved right.

Matt Cranston in the AFR, (who yesterday I misnamed as Adam, sorry mate), pointed out that:

K. Rudd initiated the school halls programme during the GFC, which were excessive but they helped. And our economy was the only Western country not to go into a recession. Sensationally, our unemployment rate didn’t top 6%. At the same time, the US jobless rate hit 10%, Germany was 7.7% and the UK hit 8%.

When a stock market crash scares the pants off people (and this was made worse because of the virus death threat), governments have to spend judiciously and quickly to avoid protracted negativity of someone being unemployed, which KO’s the confidence of those affected and those who fear it will happen to them.

This Homebuilder scheme needs to be rebuilt ASAP or else the Boston Consulting Group will look smarter than Treasury. And that won’t be a great look.

This is why ScoMo needs to do a Beattie, say sorry and come up with a better idea.