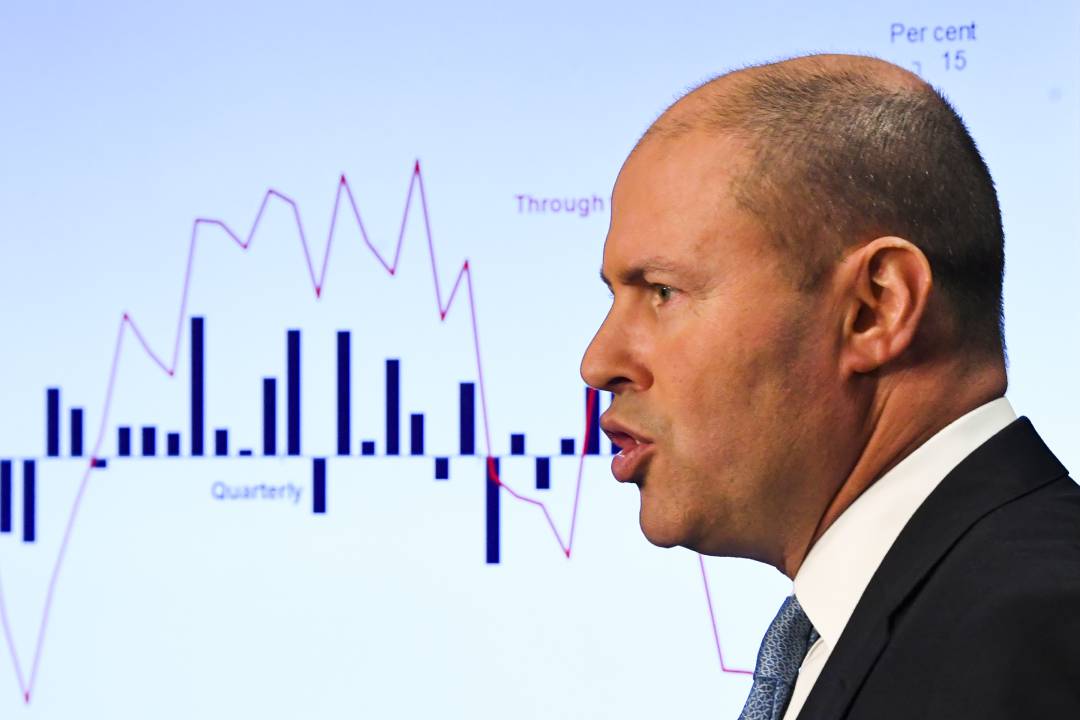 Today we get bad news on our economy but it appears set to be better than once was expected because of our old ‘buddy’ China and a Coalition that’s learnt a lot from more left-leaning leaders of the past.

You could also thank a world that might be future-programmed to hate what we get out of the ground: iron ore, coal, gas and so on. But at the moment, this climate threatening ‘stuff’ keeps cars moving, air conditioners working and lights burning.

Yep, our trade surplus again was huge! And this surplus, combined with big spending from Treasurer Josh Frydenberg (aided by his state counterparts) has reduced the economy’s expected contraction. The pandemic created a historically unusual problem that meant we ended up in lockdown in NSW, Victoria and the ACT in the September quarter, meaning the overall economy will have contracted.

And by the way, we haven’t got many contractions in Australia over the past 24 years in particular — in fact, there’s only been three!

Today we see the National Accounts. Not long ago, there were economists who thought we’d see a 4% contraction but now the forecasted numbers are themselves contracting.

The Australian’s Patrick Commins has surveyed a group of economic number crunchers, who are mostly more positive than they were a few weeks ago on what we’ll see at 11:30 this morning from the Australian Bureau of Statistics. But they still expect negative growth readings for the economy.

What helped us out of the expected 'very big' economic hole?

“Australia’s current account surplus jumped by $1bn to a historic $23.9bn in the September quarter, extending the record run of quarterly surpluses to 10, as booming commodity prices continued to drive exports values higher,” Commins reported. “The Australian Bureau of Statistics also said the government had to borrow $52.5bn ‘due to spending on business support programs, Covid-19 disaster payments and accelerated rollout of vaccine programs’.”

So big exports and big government spending has turned this potential very bad news into tolerable bad news, but we should be more focused on the new bad news, which the stock market overseas is again worrying about.

First, newly reappointed Fed boss Jerome Powell surprised the market by talking about his inflation concerns, which make investors worry about interest rate rises. But there was an Omicron scare in the sell-off. “Stocks tumbled Tuesday, reversing Monday’s rebound on Wall Street, as investors reassessed risks associated with the new Covid variant, omicron,” CNBC reported this morning. “Tuesday’s reversal also came after Moderna CEO Stephane Bancel told the Financial Times that he expects existing vaccines to be less effective against the new variant.”

This speculation was unhelpful but it is the kind of issue that will trouble stocks until we know for sure what the real implications of Omicron are. This is just another concern in the wall of worry that stock markets climb every day. Inevitably they create buying opportunities for the patient long-term investor.

And I’m sure there’ll be some good stocks in the buy zone today as we follow the negative lead from Wall Street.