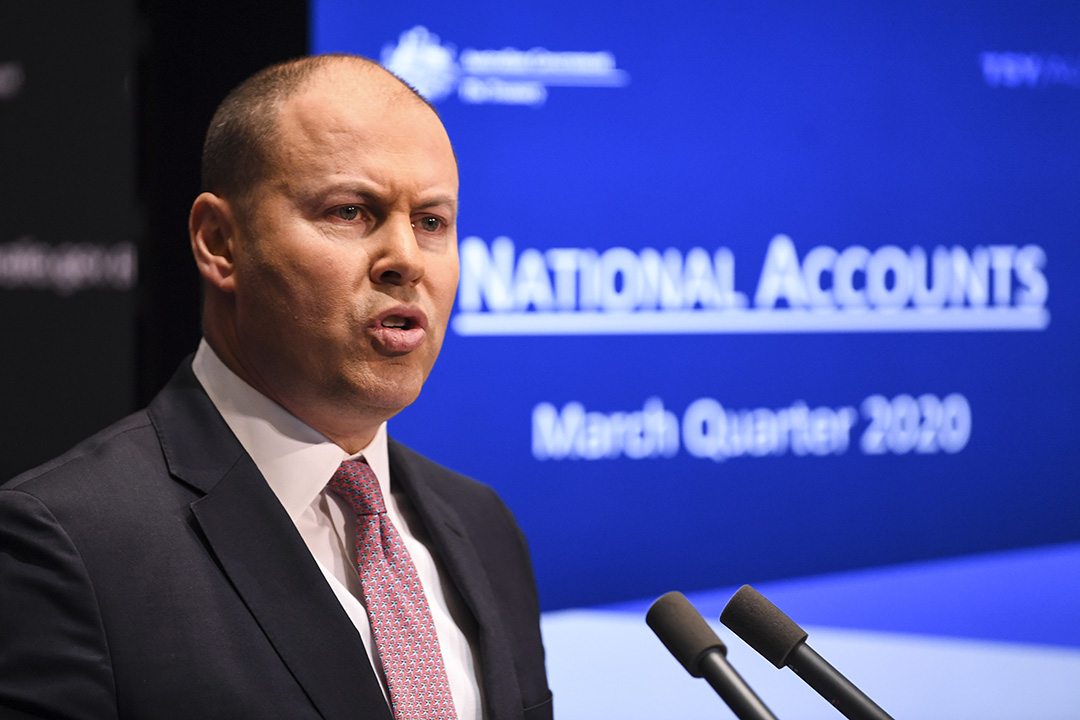 Put away the razor blades. The recession will be sharp but short

Sorry but I have to rain on the media’s pity party parade over Treasurer Josh Frydenberg telling us we’re in a recession. How will I do that?

Well, I’m not going to twist a Rocky line and argue that the recession “…ain’t so bad” because I respect the employees who’ve lost their jobs and the businessowner whose operation and lifelong dream has been crushed by the Coronavirus crash and closures.

However, for the sake of those people someone like me has to put this recession into context and argue, if it’s valid, that maybe this will be a short and sharp recession that will give way to a decent comeback of the economy.

And by the way the stock market here, as seen above, and even in the US, where their virus-beating record and COVID-19 containment policies are no way as good as ours, are telling us that the smarties, who push share prices up and down, are feeling optimistic about the future, despite the recession prevailing right now.

The answer is that stock market players don’t wait until they know the future, instead they try to guess it using forward indicators plus they gamble that unknowables, don’t disturb their best guess on where companies’ profits and share prices are going.

The big unknowables are:

And right now, they’re betting the best-case scenarios rather than the worst case ones will prevail.

Wall Street, as measured by the S&P 500 Index is up 40% since stocks hit rock bottom on March 23, when the world was thinking a Great Depression Mk II was coming. Our S&P/ASX 200 Index has rebounded 30%, despite most big market players already knowing we were in recession.

Economists use two quarters or six months of an economy going backwards — “negative economic growth” as they often call it — to define a technical recession, and we’ve avoided one of these for 29 years, which is a world record for a modern economy.

We learnt yesterday that our economy contracted by 0.3% for the three months to the end of March. It was not helped by the bookend bashings from the bushfires in January and the closures and lockdowns in March. In fact, a 0.3% shrinkage of the economy shows just how good our economy is. If you need more proof, let’s compare our negative economic growth to other countries by looking at annualised growth numbers. These are found by taking the quarterly figure and multiplying it by four because there are four quarters in a year or annual period.

Explaining our contraction was a scared consumer who was only interested in outlaying money on crazy things like toilet paper and other essentials as the Government convinced to batten down the hatches for the Coronavirus storm that was going to force us into a six months hibernation!

When you think about those crazy times, it’s no wonder consumer spending fell 1.1% and rocked our economic growth.

But aside from the stock market enthusiasm for the future of the economy, what else do I have to undermine the pity party about the recession and the future of our economy?

I could go on a pick good forward indicators on the economy and ignore current stats, but the reality is that most numbers out of April and May will be shocking because the place was closed down.

However, as we look at indicators about our future, which is getting better in June, it’s likely the months of July, August and September will gradually reduce our recession fears, provided no second-wave problems force us back to our homes.

If that happens a recession could become a depression and right now the majority of the world is betting against that worst-case scenario.

The bottom line is that this recession will be short-term severe, but policies such as the JobKeeper wage subsidy and others will help us rebound out of this recession faster than many doomsday merchants and media types would like.