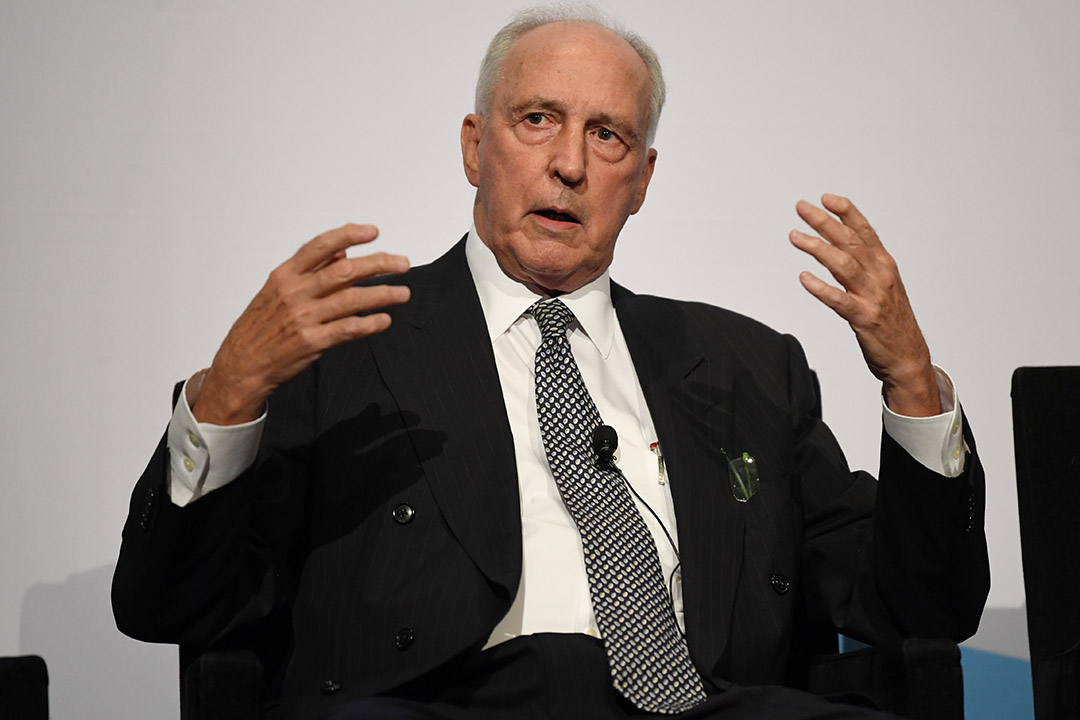 Former Prime Minister and ex-Treasurer Paul Keating has slammed baby boomers for being greedy, arguing that they would never have tolerated what young people cop today, such as HECS debts and low wages.

He’s also hot under the collar because the young have been encouraged to raid their super funds to survive the Coronavirus threat. This too was linked to the selfishness of baby boomers, which I guess is indirectly their fault because the Government isn’t funding the recovery programme out of taxes that might hit older Australians.

Undoubtedly, a Labor stalwart like the ex-PM would be annoyed that Bill Shorten lost the last election after running with policies such as changing negative gearing, reducing the capital gains tax discount and KO’ing franking credits, which were clearly anti-baby boomer,

In a sense he might argue that the boomers were accessories before the fact in the ‘crime’ of Bill losing and ScoMo winning on May 18 last year.

Mr Keating, who once owned a piggery, made these headline-hogging criticisms in a briefing for the Industry Super Fund sector, which has seen $40 billion leave super accounts, following the Morrison Government relaxing the rules on withdrawals to help people through these tough economic times.

His comments are also directed at calls to delay the rise in the compulsory super contribution, which is now 9.5% and should rise to 12% over the next five years. And it comes as Samantha Maiden writing for news.com.au revealed a secret Treasury report that concluded that if workers get their rise in super pushed up to 12%, it will see employers reduce overall wage rises.

Industry super funds have been a great addition to wealth-building and preparing for a better retirement scene and they’re worried about losing $40 billion worth of super balances because of COVID-19-related withdrawals. And because super funds get automatic increases in funds when wages rise and the compulsory levy increases (because super generally comes out of people’s pay packets), there are real reasons why industry super funds would’ve wanted Mr Keating to go rogue against the Government and ‘greedy’ baby boomers.

You have to remember that Mr Keating was the father of compulsory super, which means younger generations will retire with a lot more in super than most baby boomers. However, home ownership will be harder unless governments help increase the supply of housing.

As a financial adviser, I’m not happy to see young people reduce their super holdings because it will decrease their ultimate retirement nest egg but they can play catch up in their late 40s and 50s, when usually they won’t be financially responsible for those savings-killers called kids. By then they might have paid off their home and be on a higher pay scale.

I don’t think ScoMo’s Government wanted super balances reduced, despite Mr Keating arguing that the Coalition was always anti-compulsory super. We are in an emergency economy situation and the budget deficit is already heading towards $184.5 billion this financial year, while gross public debt is off to $851.9 billion from $684.3 billion last year!

If families or young people need to raid their super, well, that isn’t good for all the super funds. But it doesn’t help to blame baby boomers, who haven’t always lived the life of Riley (does anyone know what kind of life the immortal Riley actually led?!)

In the early 1990s under Paul Keating, home loan interest rates were 18% and unemployment in his “recession we had to have” nearly hit 11%. And it took nearly a decade for the jobless rate to get back to its pre-recession level. Many baby boomers were then young parents with kids and it was Keating who told them that they wouldn’t get the pension like generations before did.

He was the one to bring in means testing, which encouraged baby boomers to look to property and the tax system to try and build wealth for retirement. And because many baby boomers stuck with their homes, (ultimately to leave these assets to their kids who one day will benefit from their parents’ property plays) they’re now branded as greedy!

The irony is that when Paul Keating was PM and unemployment was rising in his recession, university students were protesting at his policies and his famous response was “get a job” and do some work “like the rest of us”.

I’m a big fan of many of the reforms that Paul Keating had to guts to force upon his party, his Government and his union colleagues. But he didn’t always get it right.

And he’s not getting it right trying to create a battle between boomers and young people. Young people want access to property and the irony is that Paul Keating’s policy to bolster Australians’ super means young and older working people lose nearly 10% of their pay to super, which makes buying a home a really huge challenge.

The ex-PM might be better off using his influence to make affordable housing more available in those areas where young people want to live. This might mean he’ll have to support developers who are frustrated by State and local governments, who tax the life out of housing providers, who then pass these slugs on to homebuyers.

The government impost on new developments can be as much as a third of the price that homebuyers have to pay to live the Aussie dream. Now that’s worth bellyaching about, Paul. And baby boomers can’t be blamed for that.