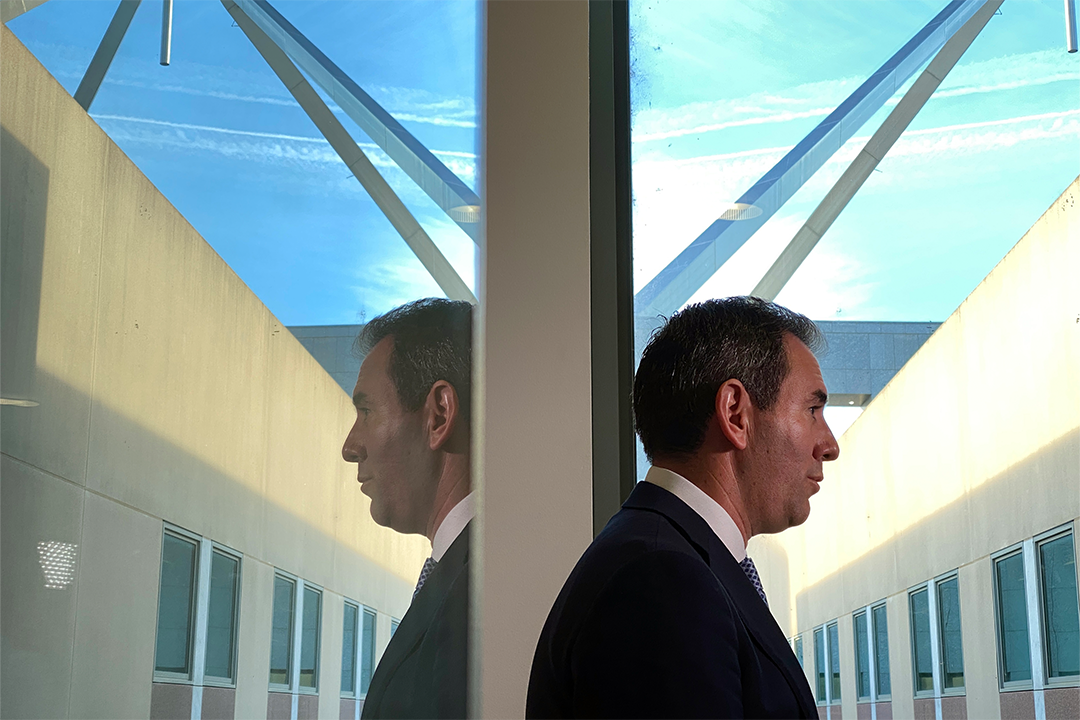 The new Treasurer on the block has played a traditional game of not crowing about an economy that he’s had nothing to do with making it perform so well. And while it would be weird for him to praise Josh Frydenberg’s work, he does have to be careful not to de-vibe consumers and business.

Anthony Albanese and his Treasurer, Dr Jim Chalmers, who was advisor to former Labor Treasurer, Wayne Swan during the recession-threatening days of the Global Financial Crisis, have a huge task ahead, which Dr Jim referred to yesterday but he has to be careful that he doesn’t make us too negative to our prospects.

I can’t see headlines like this in the AFR — 'The economy is strong, but Chalmers talks up risks' — as being helpful at a time when a lot of households are shivering in their boots about rising interest rates.

That’s a lot of consumer spending power going to the banks to pay off loans and the rumours are that the RBA could give us a 0.5% rate rise next week which won’t be great for consumer confidence.

Sure the Big Bank wants to nip inflation in the bud, which is 5.1%, but it has to be careful that it doesn’t scare us into recession. And that’s why Jim is better off playing up our positive prospects, accepting there are challenges but then filling us with the confidence that his strong economic team can navigate us through the tricky waters ahead.

Albo and Jim are co-captains on the good ship Australia but who would like to sail on a ship where a captain was talking about icebergs, holes in the hull and an incompetent crew?

I also pointed out that Labor actually has a very strong economics brain trust in parliament and in the advisory team. This is what I pointed out on Monday.

Don't just take my word for it, this is what Chris Joye in the AFR said of the team: “Treasurer Chalmers also has access to the Yale PhD, Dr Daniel Mulino, who has spent much of his career rendering valuable economic advice. And then there is the ambitious new member for Paramatta, Dr Andrew Charlton, who completed a PhD at Oxford, and played a crucial role in the Rudd government’s response to the global financial crisis. This included developing unprecedented policy measures, such as purchasing more than $10 billion worth of residential mortgage-backed securities during the crisis, which saved many smaller bank and non-bank lenders while making a return for taxpayers.”

OK, I’ve made my point to Jim, so let’s have quick look at how well our economy is doing. Here goes:

The simple facts are that we are in the box seat to grow well with a global economic rebound dying to happen but it needs the Ukraine war to stop pushing up oil and energy prices. And we need China to get out of lockdown which it is now trying to do and stay out of lockdown.

Considering the triple whammy of the Coronavirus lockdowns and this war that threatens to create a global recession linked to higher oil prices, as central banks try to beat inflation by raising interest rates, I reckon we’ve all done well.

It's now up to the guys who won the prize — Albo’s Labor Government with Dr Jim Chalmers, along with Dr Phil Lowe, and his RBA — to come up with the right tonics to keep the economy healthy.

It’s a tough gig but someone has to do it and like a good footy coach, it’s smart to try and keep it positive, Jim — realistically positive.

Our economy is the envy of the world, so let’s hope Albo and his two doctors can keep it there.

Go for the doctor!

Men to get 20 weeks parental leave?
Poor voting system gives Albo unexpected Senate control
WA gives Albo half his seat gains
Will PM Albanese lose us our AAA-credit rating?
Would you accept a 15% GST for a BIG income tax cut?