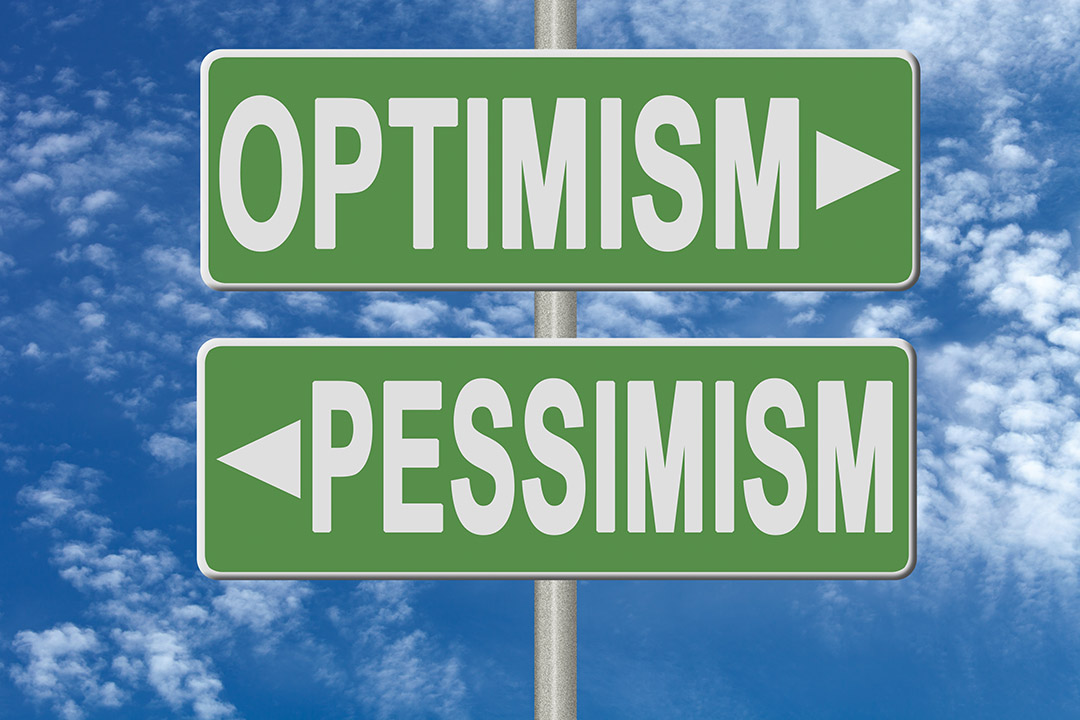 OK, be a pessimist, but where will it get you?

Whenever I have the audacity to be optimistic about the future of the economy, the stock market and the property market, it brings out committed doomsday merchants who somehow think they can bring me to book by throwing insults at me. Some think it’s outrageous that I’m positive most of time and occasionally mention my financial products that I’m linked to.

This totally ignores the fact that I provide Switzer Daily, Weekend Switzer and Switzer TV at no cost to anyone who wants to access the information in these products. They also seem to think that as a business that employs a lot of staff that I don’t need to be profitable! They also ignore the fact that I do admit when I tip something I’m invested in.

I don’t like to think that I recommend something that I wouldn’t risk my money in. That said, I have recommended stocks like Telstra recently, but have not yet thrown money at it, which means I’ve missed the last leg up.

But the issue I have with negative types is that they too have an agenda. Some are linked to gold investments or have invested in gold. Others want house prices to fall because they’ve been tipping real estate Armageddon for decades, and have been wrong.

Some are driven by ego issues or have missed out on money-making opportunities.

As a consequence, they point the finger of blame at deficit/debt-creating politicians, apparently dumb central bankers, ill-qualified economists and people like me, who go along for the ride in the media.

But what this chorus of naysayers seems to ignore is the history of asset markets, which says it simply is rational to bet on optimism! Let me show you why.

Doomsday merchants love to warn about huge losses but I’d argue even these can be temporary. To prove it, look at the property markets that were devastated in the US after the GFC, which was part-created by stupid property lending.

Before this crushing calamity for wealth-builders, the Yanks got into crazy loans for the wrong people. And that’s when we heard of NINJA loans — loans to borrowers who had no income, no job and no assets!

And one of the cities that was beaten up the most was Detroit — Motown — and this chart proves it.

I’d rather be an optimist any day than live inside the skin of some poor pessimist.

Anyone who invested and bought a property in Detroit in 2008, when everyone was scared senseless that the Great Recession would end it all, has made 86%!

And someone who might have bought in at the top in 2008 at $153,000, and was diversified in their investments and had reasonably secure income, have lived through the rough five years of 2009-2013, and by 2018 were actually up 50%! That’s 5% per annum, showing you that if you trust in good assets, they can even come good, even after the worst of circumstances.

Now let’s go local. This chart shows how Sydney property prices rise, go sideways (with some small falls), and then go up again.

That’s property. But what about stocks?

Every time that blue line plummeted that was a stock market crash and doomsday merchants would have felt vindicated. But the optimist who believed in the quality companies of the Aussie economy saw their investment return 10.4% per annum over that time.

And this is the point — doomsday merchants are like a broken clock, which will tell the right time twice a day!

If you want to do better than 10.4% per annum, you’ll have to pick a market crash just before it happens and then get in at the bottom, which is very hard.

Over time, buying quality assets (especially when the market has trashed their value) and then holding them for a long time is a very good wealth-building strategy. It’s also a great investment strategy to learn to not worry when markets go crazy. But that means you have to be diversified to weather the rough times like those who were long property in downtown Detroit.

I like to use the CBA as a classic case of a quality asset that occasionally can get trashed. Let’s shine the spotlight on the country’s biggest bank .

In this chart, the stock has gone from $7.51 in 1991 to $69.13 on Friday, but it has been over $90. The bank’s share price has been hurt by the Murray Inquiry, the Hayne Royal Commission and then the Coronavirus, which meant banks have been recruited to rescue the economy by the Morrison Government.

Sure, if you bought in at $90, you’re in a losing stock but you need to give it time and you need to buy more at lower prices to bring down your average price, just like the smarties in the GFC.

Also, ideally, you should hold 15-20 quality stocks like CBA so you’re not over-exposed to a company’s CEO, who might make a bad decision or a crazy government policy or a Trump trade war!

Doomsday merchants are valuable in that they can warn you to be careful when markets are getting close to their top. But the problem is we don’t know when a top is reached.

In the USA, the Coronavirus smashed stocks by 35% on the S&P 500 Index but if someone believed the doomsters, they’ve missed out on a sensational rebound!

In the locally written book by Matt Kidman, BULLS, BEARS & a Croupier, he cited the work of market historian Ashley Owen, who showed that over 1,200 separate 10-year periods between 183 and 2010, the Australian share market had never delivered a negative absolute return.

Kidman, who was a respected business journalist at the SMH made the point that: “On average, over the last 127 years, the share market has delivered an annual return of approximately 10.5 percent (when capital gains and dividends are taken into account.)”

Of course, it doesn’t do this every year but the numbers suggest over a decade they can give this kind of result.

I think I’ve made a reasonable case to discount the excessive negativity of doomsday merchants. The only time they could be right for a long time could be in a Great Depression, but we haven’t seen one of them for 90 years. And given what governments and central banks are doing right now, we could avoid another one for some time.

Sure, we are in tricky recession waters right now but the Great Depression was made worse by the wrong policies, which were the opposite of the ones being put out there currently. The wins for pessimistic doomsters will be occasional, while optimists have history on their side. If you give yourself time with quality assets bought when the markets are very negative, you will end up wealthier than the average person who’s over-influenced by the pessimists and those they hold captive — the media!