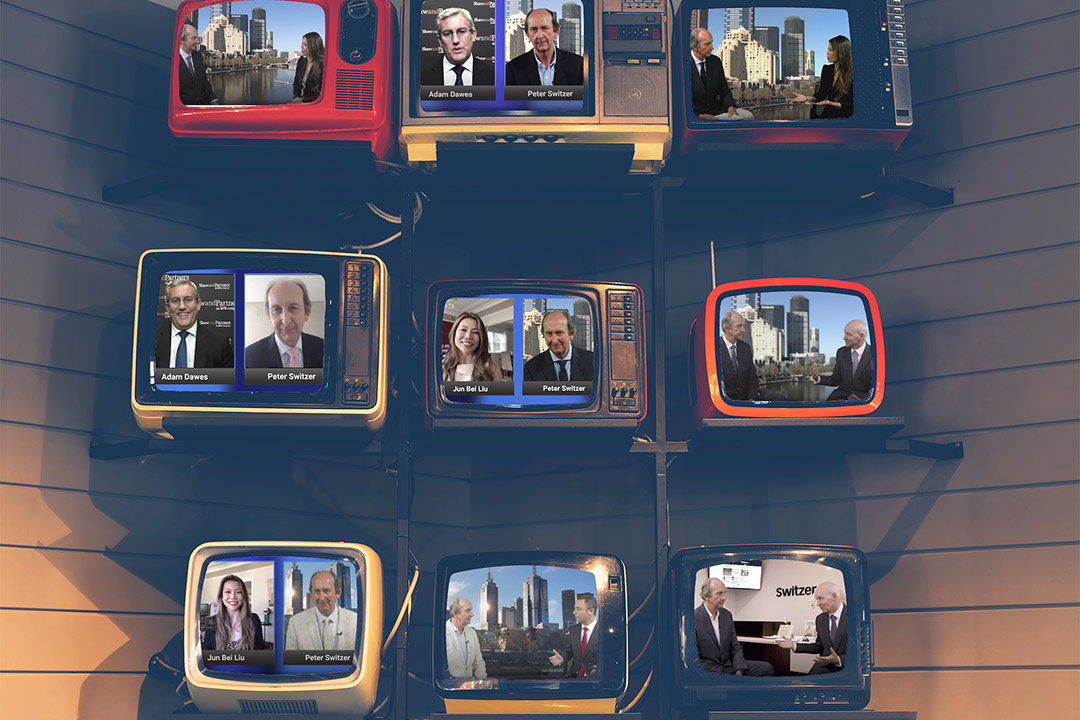 Ohhh, change is gonna do me good

I’ve been married too long to actually expect frivolous and unjustified compliments from my wife but she did give me pat on the back recently congratulating me as someone who can actually embrace change.

I’m either defying that idiom “you can’t teach old dogs new tricks” or else I’m not old or a four-legged best friend of mankind. Not sure what the real answer is but being a changer seems like a good thing to be.

My in-house TV producer, Andre, also paid me a compliment this week when he pointed out that I’m pretty tech-savvy, but I think it’s a relative thing compared to others he knows who are still trying to master emails! He was also impressed with my admission on Monday that over last weekend I put the YouTube app on to my TV screen, which actually made it easier to watch my Switzer TV Investing program that goes out on Monday nights and has over 16,000 subscribers and can get 20,000 views a week.

Given what Andre said, I wonder how many more older, resistant to change potential viewers are out there if they could access YouTube on their TVs? Let’s face it, the Coronavirus has forced lots of older Australians to start buying stuff online and the numbers watching Netflix, Stan and so on has gone through the roof. So old dogs can learn new tricks, but it looks like it needs something big, like a 100-year pandemic, the end of work or a serious illness for old dogs to consider trying new tricks.

But why do we resist change that would be so clearly good for us? And it’s not just stuck-in-his ways old blokes and women but also businesses.

Harvard Business School Professor, Kristina Steffenson, has looked at the resistance to embrace new IT innovations in business and says organisations must be willing to engage in radical change in order to achieve the benefits from IT, bringing together processes, people, organisational structures and supply chain partners. (www.information-age.com)

Just like people, businesses find excuses not to change. Those in management will blame the economic climate, tight budgets, short-term views on return on investment from CFOs and the old “if it ain’t broke” excuse to avoid money-making changes that require some lateral thinking.

Rosabeth Moss Kanter, former editor of The Harvard Business Review, who is the Arbuckle Professor at the university business school, has identified 10 reasons why we resist change. These were sculpted to show leaders the way, but what applies to a CEO or owner of a business equally applies to everyone out there who wants success. I learnt from the greats of business, sport and the arts that successful people think outside the square, as Edward De Bono taught me when I interviewed him a number of times some years ago. And the common outside the square thinking that those who have this competitive advantage over others is that they are committed to self-improvement. And self-improvement involves a hell of a lot of change.

Here are Moss Kanter’s 10 reasons why we fight change. Let’s see if these apply to you:

Change interferes with autonomy and can make people feel that they’ve lost control over their territory.

This leads to insecurity. Smart leaders looking to promote change will create certainty in any process to bring about change.

Too many differences can be distracting or confusing.

The new way says the old way was a dud and that leads to resistance.

Change is resisted when it makes people feel stupid.

The rewards of this new work (rather than extra work to deal with) should be emphasized.

There are consequences of change that might be initially uncomfortable for others and how you relate to others.

The history of embracing change might not always bring back positive experiences.

10. Sometimes the threat is real.

In business, when new technologies displace old ones, jobs can be lost; prices can be cut; investments can be wiped out. And for the changer, the pay-off might not be all that great or might not be perceived in the short run as being so significant.

Change is a challenge for many of us but the starting point has to be that you want the consequences of the change. You do need to write down what you want because a goal not written down and seen daily is ignorable.

Next work out a system to make it happen. This system will help you make the change. My system for losing weight is to go to a dietician who’s uncompromising. She has shown me how to lose weight and if I don’t lose every time I go for a weigh in, she knows I’ve ignored the rules/system.

She doesn’t say it but she gives me the look that I’m a loser for not losing!

However, if you’re going to change, you have to really want the results of that change. Your attitude will determine the altitude you take yourself to. That applies to just about everything we do.

I hope you take my tip and download the YouTube app and start watching my investing show. That’s a change that could be very materially rewarding!

Vaccines: should we be worried?
How to breed a champion
Lifestyle trumps medical treatment for most conditions
My overdue thank you note to Doug Mulray
Will I develop an allergy or a clot if I get vaccinated?