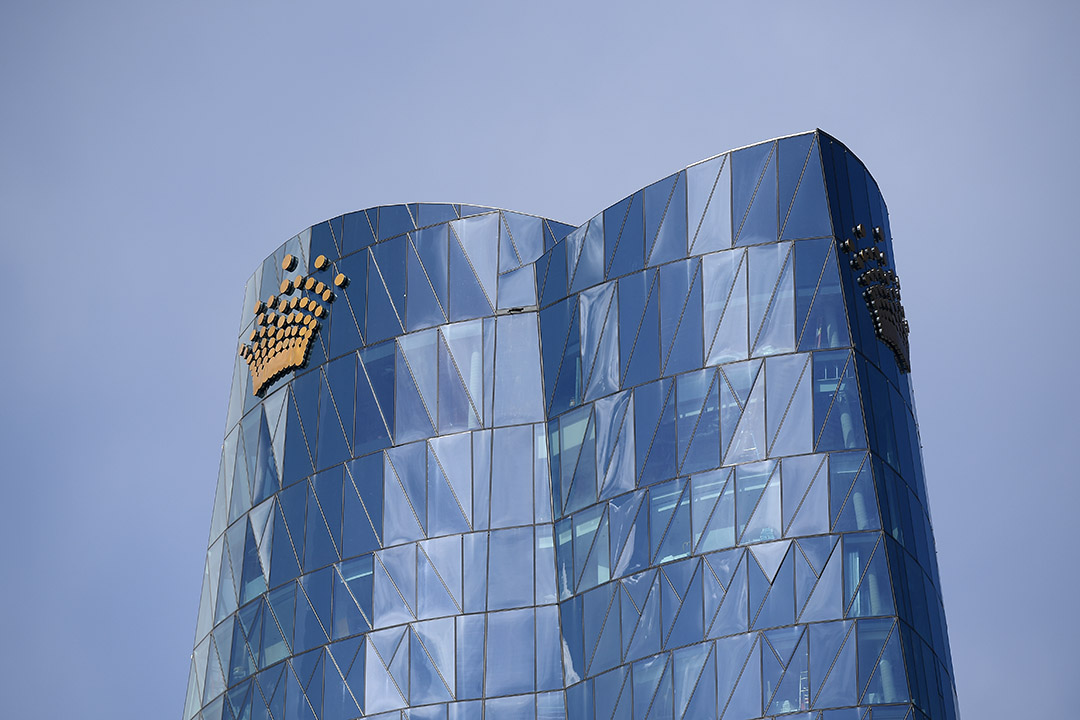 “Off with their heads” says Crown chairwoman

The new world is coming and those who ran the old world or were big beneficiaries of that era are falling like ten pins. If you need examples of what I’m talking about, try the board at Crown and its major shareholder, James Packer.

And then there was Eddie Maguire, the President of Collingwood, who resigned over mishandling a press conference covering the club’s issues with racism. And there’s AMP that recently thought it had a US buyer but Ares Management has now walked away from the embattled wealth management business.

But this isn’t a 2021 thing. We’ve seen the demise of coal companies on the stock market such that my colleague, Paul Rickard, thinks they will be targeted by private equity that could take the businesses off the stock market where they can’t be price-smashed for being a social pariah.

And the stock market is becoming the judge and jury in the court of social opinion and it can be a hanging judge.

Crown used to be a $17 stock and now languishes around $10. Two years ago, a coal company such as Whitehaven Coal was a $6 stock. Now it’s $1.56, and that’s with oil prices and the demand for energy spiking as the world economy faces a huge economic rebound in 2021 and 2022 from the Coronavirus recession.

Banks like Westpac were hit by a $1.3 billion fine for failing to report possible, suspicious money laundering transactions, which were exactly that. Its CEO and chairman exited. NAB’s CEO and chair also copped it for not answering questions acceptably at the Hayne Royal Commission into bad behaviour in our financial system. Westpac was a $35 stock and now is nearly half that price, with a lot of that fall linked to it misreading a changing world.

And that’s where AMP met its Waterloo and has struggled ever since, even seeing off one of the country’s best bankers and respected financial figures, David Murray, after he was recruited to rescue the 172-year old company. And his task wasn’t made easier when a senior figure at AMP was promoted despite a sexual harassment issue.

The former CEO of SEVEN lost his gig over his amorous actions at work, which in the old days would never have been a career-ending mistake.

Did I say the world has changed?

Pressure groups are working to change those things in society they don’t like. And if it’s sufficiently important and the people who care about it act together, people can be sacked and share prices can be trashed.

After the Bergin Report, which virtually said Crown has to clean up its act, starting at the top, or it wouldn’t get a licence to run the casino in NSW.

That’s why there’s carnage at the board right now.

Then under the urgings of Crown’s chair, former Liberal Minister, Helen Coonan, the CEO Ken Barton left, along with former AFL boss, Andrew Demetriou, who thinks the forced resignation is unfair. But the SMH reports that even though he was an independent director, the Bergin Inquiry found an email from Andrew to Mr Packer that said: “I remain committed to serving the best interests of Crown and, most importantly, you.”

And that’s the issue for Crown and its share price.

Mr Packer has to been seen to have a much smaller influence over the company or else Crown might lose its licences to run casinos in Melbourne and Perth.

That’s why the board is being axed as they were seen, rightly or wrongly, as Mr Packer’s puppets.

The more Mr Packer does to show he has very little influence over Crown, the higher its share price could go. So by doing less, he actually could get richer!

Recently we saw the power of the stock market with the Reddit mob, who decided to take on hedge funds that had been shorting the video company, GameStop, and how the collective action of a group could dictate the success or failure of a company by buying or selling its shares.

When the despised short-sellers were in control, the GME share price was heading to $US4, but it got to $US483 until reality bit. It’s now a $48 stock, but a lot of very smart hedge fund shorters have lost a lot of money.

The year of the Coronavirus has initiated a lot more new share traders who are younger and will be more influential on share prices and what companies have to do, because these guys and girls talk via social media platforms and apps.

The CBA profit report revealed how CommSec had attracted new customers on steroids. I’m sure its rival — Nabtrade — saw the same huge spike in new clients. CommSec saw 230,000 new accounts opened in only six months! And the value of share trades processed through Commsec doubled from $55 billion in the second half-year of 2019 compared to $110 billion in the last six months of 2020!

And with interest rates set to be low for a long time, more and more younger wealth builders will look to stocks to get that lump sum for a deposit for a home loan or to buy a car or to fund an overseas holiday (one day!).

I call this social change that will force the old world to embrace new world standards, the Thunberg syndrome, after the young old-world ‘hater’ Greta Thunberg.

Greta burst on the scene pointing her finger of blame at older climate change doubters. In 2018 she actually addressed the UN and in 2019 sailed to the UN Climate Action Summit, where she unleashed her now famous “How dare you?” speech.

Her influence has been tagged the “Greta Effect” and it has parallels in the “me too” movement, which again is a movement of the ‘new’ world against the ‘old’ world.

In 2008 I wrote a book called The Carbon Crunch, which was derailed by Prime Minister Kevin Rudd after he hosed down his support for big carbon emissions change.

In that book, I confessed to not being totally convinced about the science of man’s role in all our carbon problems but I underlined how a big and growing chunk of consumers were, and big companies like Toyota, Volvo and many more were not ignoring their customers!

In a recent insightful interview with the former Aussie host of TV show The Apprentice, Mark Bouris told me he would not do a show, moulded on Donald Trump, ever again. “That show was about giving people a “bourising” — the whole process of that show was about putting shit on people,” he admitted. “And that’s why I don’t do that anymore because that style is no longer appropriate.”

He confesses he’s not a ‘new age angel’ but says he’s adapting to demand, and empathy in business is now really important. But it wasn’t in the old business world of Kerry Packer and the other captains of industries and listed companies.

Bob Dylan, who is an old world singer, got it right then and it’s still right now, when he sang The Times They Are A Changing.

And this, in particular these words from Dylan:

Come mothers and fathers throughout the land
And don't criticize what you can't understand
Your sons and your daughters are beyond your command
Your old road is rapidly aging
Please get out of the new one if you can't lend your hand
‘Cause the times, they are a-changin’ .