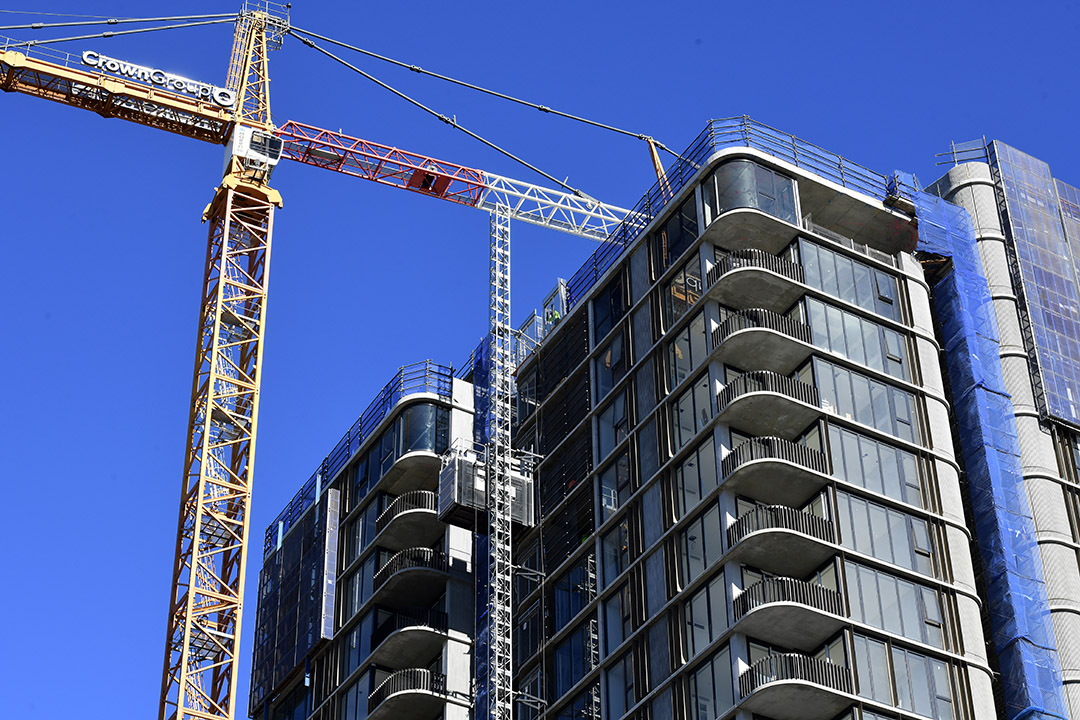 Off-the-plan apartment buyers are under water with over 3,000 or 10% of properties not being settled. This has developers under pressure and raises questions about off-the-plan property plays generally.

And while those pulling out of these deals might be prepared to lose their 10% deposit, they still could face prosecution for more money if the developer can’t sell the apartment for the agreed price.

To date, the AFR says around $90 million in deposits have been forfeited by one-time apartment buyers.

But as usual with economics, it’s a zero sum game. While one person loses, someone on the other side is the winner and it should be first homebuyers, who are likely in the market for the properties that are now being rejected.

Of course, this might not be a case of buyers getting itchy feet because they thought they were buying a place valued at $700,000 that might now only sell for $650,000 but it could be that the banks’ computers are saying “no” to those looking for the loan to settle on the property.

Banks never want their customers to have properties backing their loans where the value of the loan is greater than the value of the property. That’s called negative equity. And falling prices are never good for developers trying to sell properties.

This part of the real estate sector has been under pressure for a couple of years for the following reasons:

You see, thousands of apartments (especially in the CBDs of Sydney, Melbourne, Brisbane and the Gold Coast) would be rented out to foreign and interstate tourists but travel restrictions have killed that market. Desperate landlords/property investors have switched to the full-time rental market to try and get needed income to pay back their tax-effective loans. This has increased the supply and driven down rents so the prices of these lower rent-paying properties have fallen too.

Martin North of Digital Finance Analytics, who’s on my TV property show tonight, says when you drill down into different postcodes the good national figures for overall property prices mask problems for certain areas and types of properties.

Yesterday, CommSec’s Ryan Felsman pointed out that: “The CoreLogic Home Value Index of national home prices fell by only 0.7 per cent in June - the biggest decline in 16 months but home prices were up 7.8% higher over the year. In capital cities, prices fell by 0.8% – also the biggest fall in 16 months - but prices were still up 8.9% over the year.”

And while this is bad news for the would-be apartment buyers who’ve turned tail and ran away from their off-the-plan deal, the lower prices create opportunities for first homebuyers and investors who know that in the share market, as Warren Buffett says, “be greedy when others are fearful”.

Sure you’d have to do your numbers on lower prices and lower rents but future buyers are in a better position than the off-the-plan players because the apartment is finished and the price will be lower.

As with many investments, the buyer of today has to think: “What will this property be worth in five or 10 years when the virus is beaten, when immigration and population growth resumes at our internationally high rates and when people in places like Hong Kong do their best to escape the clutches of Beijing and the viral world that often threatens the people of Asia?”

Australia is a positive destination and our properties will be more valuable over time, provided they don’t develop bloody great cracks and come with fire-inducing cladding!

So what do I think of off-the-plan plays? They are risky when the properties are lower priced and there are a huge supply of that type of property. The high-end, smaller complex properties cater to a different audience but they could have some problems if unemployment went to 10% plus in a really bad recession.

The bottom line message is that if any investment offers you returns greater than a government-guaranteed term deposit, then you’re taking risks with your hard-earned money.