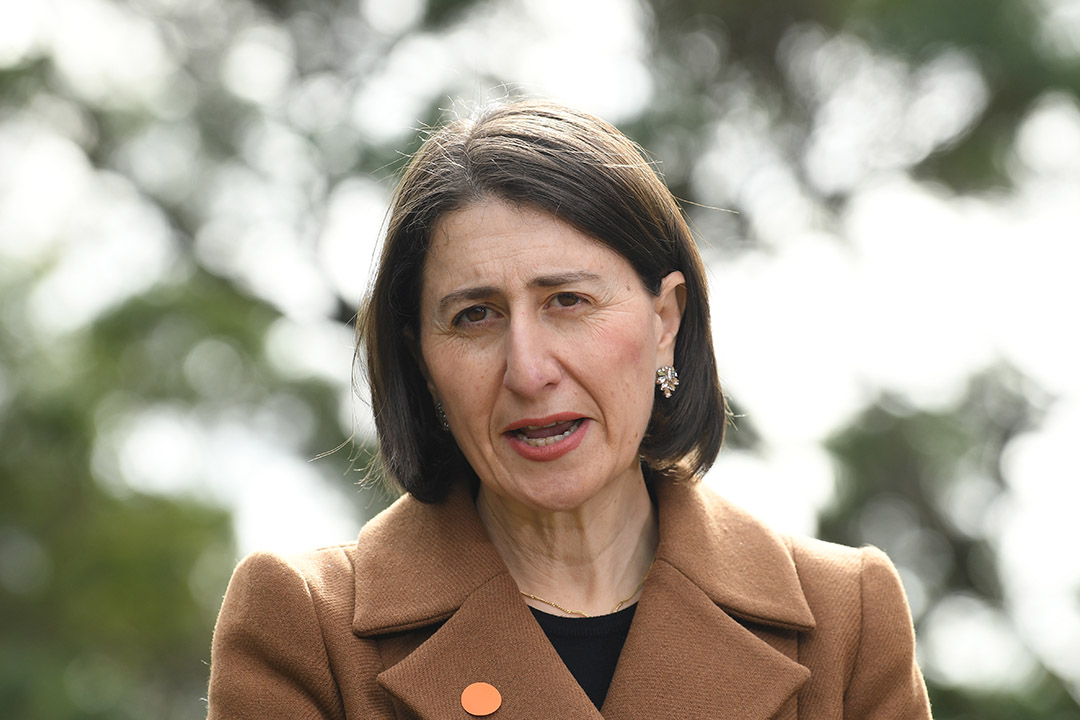 What follows is a mild castigation of a premier, who to date has done a good job leading New South Wales through this pandemic. But Gladys Berejiklian now faces her biggest test and it’s not only for the people she leads but for the sake of the Aussie economy and the jobs that the biggest state in the country produces.

That said, Gladys is playing politics in not forcing us to socially distance in public and wear masks. It comes as we learn she “strongly recommends” the people of her state wear masks. And she thinks this is especially so for public-facing workers, worshippers, people living near community clusters and those in enclosed spaces, such as on public transport or in grocery stores.

This comes as we’re seeing the worst of circumstances in Victoria as that state goes into stage four restrictions, which means only one member of a family can go shopping and you can’t travel in a car further than 5 kilometres!

Yesterday I was at Watsons Bay, after travelling there by ferry to one of Sydney’s great weekend hang outs. Older people seemed to be trying to socially distance but millennials and Gen X’ers were acting as if there was no coronavirus. Groups who were clearly unrelated were just chatting at close quarters and there was no one asking or telling them to “grow up!”.

And please don’t think this is an attack on young people. I’ve been a parent and a teacher and I know how groups of younger people need to be checked at times but this is more important than that. I’m speaking as an economist and an employer of young Australians and I don’t want Lockdown 2.0, like we’re seeing in Victoria.

Right now, panic buying is back, business investment is falling and while online purchases are on the rise, smaller retail stores will close up shop because their customers are locked up and the owners will be hoping they don’t go broke.

Banks will have to cut their customers more slack when it comes to home loan repayments and their profits and share prices will fall. Landlords will have to go without rent and they’ll be throwing themselves on the mercy of their bank and tax office in time.

Our growth will contract more this year than was forecasted. And we’ll be in recession for three rather than two quarters. This will push up the jobless rate. In the 1991 recession, unemployment went to just under 11% and after a decade it was still 6.7%!

This is not only a health disaster but an economic one that was avoidable. Victoria’s leader Daniel Andrews played politics by refusing Federal help in the form of ADF troops to monitor the quarantine hotels. And the rest is history.

It was a lesson in the downside of playing politics and being too soft, when it was a time to be a tough kind of parent. The irony is that Andrews played a hard game in the early stages of Lockdown 1.0 but for apparent political reasons, said no to free Federal help.

Gladys, you have to learn the lesson. Stores like Apple, Bunnings and Woolworths are embracing mask-wearing policies. And for the sake of the economy and the potential lives at stake in nursing homes and others who are medically vulnerable, our leader has to lead!

Queensland’s Annastacia Palaszczuk and WA’s Mark McGowan played hard ball — and they get to play footie there.

NSW has games now but if we screw up, we’ll lose them.

Screwing up is connected to no social distancing and no masks. If we go back to restrictions, eventually there’ll be no Gladys. The lesson is that we need tough love when it comes to this damn virus.

Office block owners have to bar people entering foyers or lifts without a mask. There should be an edict, no mask, no shopping, no public transport and no public gathering.

Yesterday, the ferries have signs on the seats where you should sit but lots of people ignored them. The up close and personal queue to get on the ferry at Watsons Bay showed people don’t know what 1.5 metres is, or they just don’t give a toss about “strong recommendations”!

Gladys, you have to make them give a toss or else you’ll be given the toss at the next election. Sure, I get it, you might fear that being too tough might lose you an election but it’s the gamble you have to take, if you really are worth keeping as our leader.

Clearly, a vaccine would save us all and save the economy and leaders like Gladys from having to play hardball.  But that won’t show up until later this year, if we’re lucky.

There’s an old saying that “anything worth doing is worth doing for money…” Gladys, you have to do more than “strongly recommend”.

Before Gladys dominated our thinking as premier, Australia had a famous theatrical singer called Gladys Moncrief. She was known as “Australia’s Queen of Song.”

The country tagged her as “Our Glad” because she was so loved. I hope when all this is over that we remember Gladys Berejiklian as “Our Glad”. But she won’t be if our premier continues with this soft line of “I strongly recommend”.

Paul Keating canes Reserve Bank for being bums and killing jobs
How will Ruth Bader Ginsburg’s death impact the US elections?
Want to save cafes and restaurants, Josh? Bring back the long tax-deductible lun...
Oh, no. Death tax talk, again? Better not call Saul
Who’ll win the ACT and Kiwi elections on October 17? And then Queensland and the...