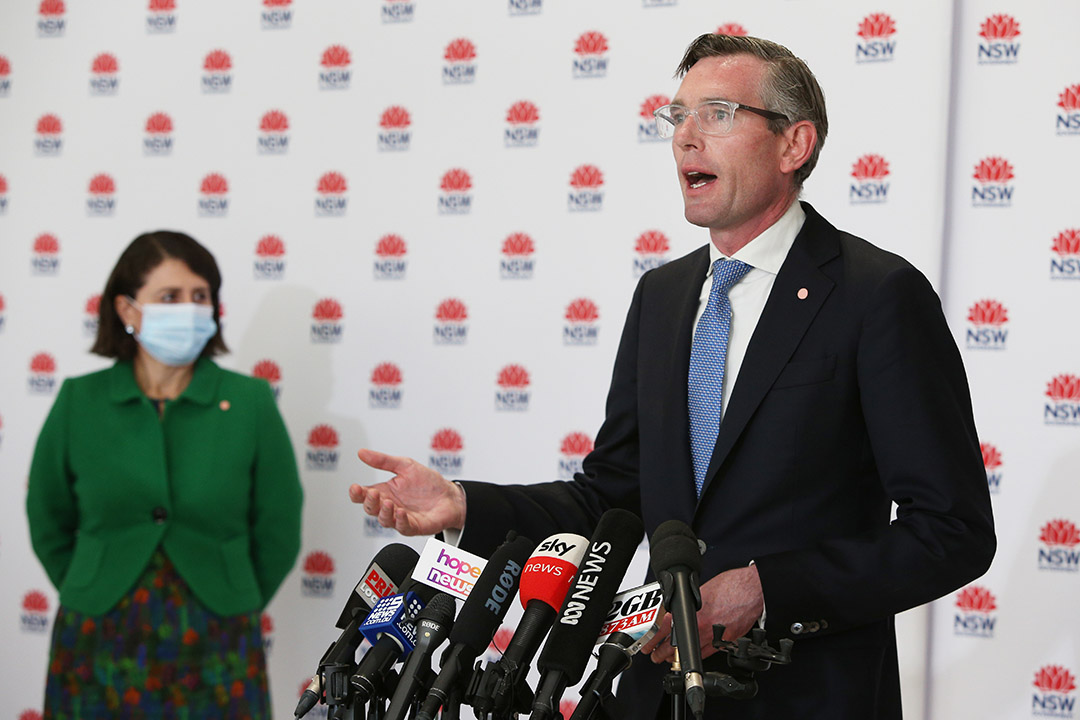 State governments with their lockdowns have put the skids under businesses and jobs, and one state Treasurer, New South Wales’ Dominic Perrottet is cutting payroll tax as a blueprint for breathing more life back into his economy.

Today we get the latest reading on how our economy was going in the June quarter — it’s expected to be positive but not real flash. Meanwhile the September quarter, which we’re in now, is a big negative because of the Delta-strain caused lockdowns.

A week ago the fear was that today’s growth could tell us that we’ve been in a six-month recession but the latest economic readings now have economists expecting a small positive growth result for the three months to June 30.

I hope they’re right because a negative number for the June quarter would mean media outlets would be running with the headline: “DOUBLE-DIP RECESSION!”

That would be bad for consumer and business confidence and would undermine the big rebound of the economy expected to start in October and rolling into 2022, driven by higher and higher vaccination rates.

Yesterday I interviewed Shane Oliver from AMP Capital who now thinks 2022 could grow at a 6% rate. Good news on economic growth and this announcement from Treasurer Perrottet will make a strong economy happen next year.

So what’s Dom cooking up? What’s worth remembering is that changes in one state’s tax and economic policies often lead to copycat changes from other states competing for business and political popularity.

So what are the proposed payroll promises?

The Daily Tele’s Anna Caldwell reports that “payroll tax cuts are set to be boosted for businesses with turnovers under $10 million until at least the end of the year as the NSW government stretches pandemic support into the summer.”

This will be a part of an economic recovery plan of polices to be announced targeted at the private sector to turbo-charge the state’s economic comeback.

For a variety of reasons, a lot of state promised spending and assistance has not be accessed by businesses and players in the bond market expect states will be issuing more bonds to bankroll their promises. A bond is an IOU from, say, a state government, and the Reserve Bank has been buying these bonds to pump money into the economy.

“Businesses eligible for a 2021 Covid-19 business grant or JobSaver with payrolls $10 million or less are set to be eligible for a 50 per cent reduction in their 2021-22 payroll tax up from 25 per cent, under a plan expected to be approved by cabinet’s expenditure review committee imminently,” Caldwell tells us.

But it’s not help just for businesses with payrolls under $10 million. The Treasurer will tell all businesses that they will be able to defer payroll tax payments due until January.
The full stimulus plan is expected to be released early in October so the state is rocking by Christmas, but what Mr Perrottet and his interstate treasurer rivals can’t do is come up with window-dressing promises. The policies have to be easily accessible and must provide cash to prevent too many businessowners rolling down the shutters on their businesses.

The assistance has to be clearly spelt out and the help lines can’t mean already struggling and pressured businessowners have to wait on a telephone line for hours and then be told that nothing can be done!

I’m not saying it’s easy being a public servant who has to implement political promises, but I recommend that when Mr Perrottet’s policies are introduced, he pretend to be a businessowner needing help and be a secret shopper and sit on a line waiting to see what it’s like to endure the long, lonely and often unproductive wait on a government help line.

The policies promised sound promising but for the sake of businesses, employees’ jobs and the overall economy, assistance policies have to actually assist!

Do this well and other states will be embarrassed to match your efforts. Go Dom!