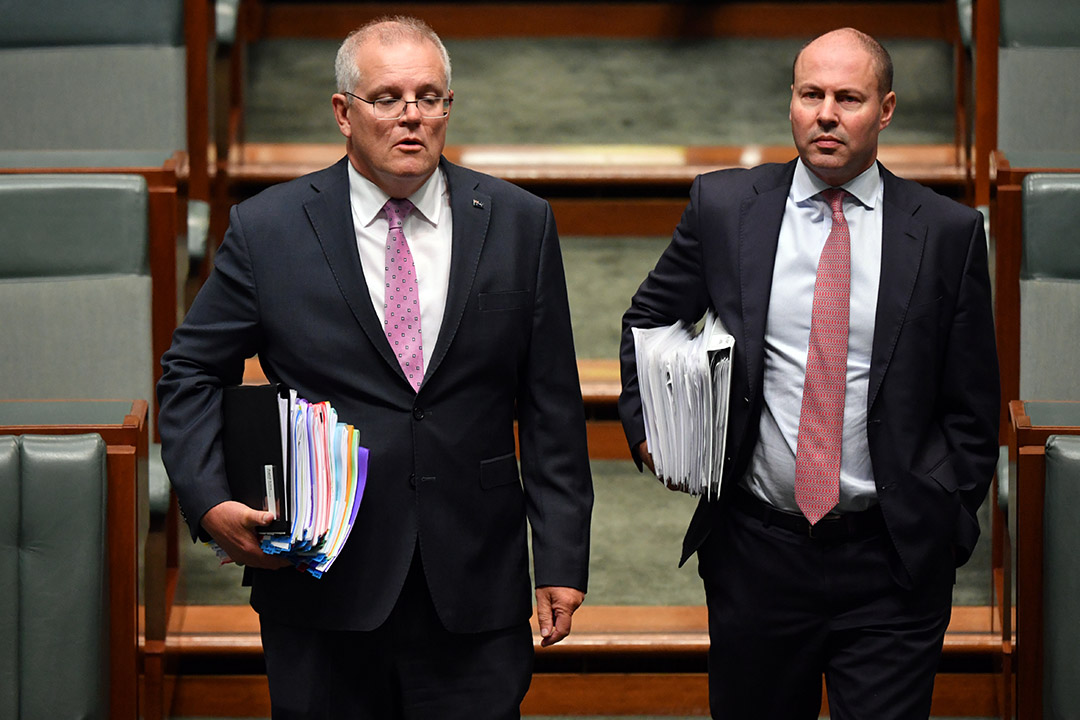 Now comes the scary bit: the end of JobKeeper

March 28 marks the day the major props of the post-pandemic Aussie economy are taken away with the end of JobKeeper. And this is the scary bit and is like parents watching their kids ride their bike for the first time without training wheels — it can be relief or disaster!

I’m betting it will be relief on a national level, but at the personal level there will be individual disasters to deal with for some employees and businesses. And while Labor will undoubtedly rip into the Government for the problems that will result after JobKeeper goes, sometimes parents have to rip the protective ‘band aid’ off and make their kids fend for themselves.

That’s what the PM and Treasurer have decided, but all policies produce winners and losers. The best ‘potential’ outcome has to be that the economy is doing so well (thanks to support from the Federal and State governments) that the losers won’t lose for too long.

Given our expected growth story, that hope might not be a forlorn one. But before I say why, let’s look at the bad news ahead after JobKeeper stops on March 28.

On my 2GB spot this morning, I went all Charles Dickens and suggested that what we have is a tale of two economies: one economy has benefitted from Coronavirus and the other hasn’t.

Since March of last year, my suburban cafes have queues for coffee seven mornings a week. Before the virus came to town, queuing only happened on a weekend. Those suburban businesses might never say it but with working from home to be a new age development (thanks to the Coronavirus), this was the pandemic these people had to have!

On the flipside, my mate Andrew and his partner Pip in their CBD café, which once was always packed, only last week said their takings were still down 30%. That said, there have been improvements for their business, because in the early stages of the virus, their turnover was down 85%!

Andrew says Mondays and Fridays are quieter than before because the ‘let’s work from home’ brigade are employing a new way of being employed and enjoying something like a four-day weekend, though I do suspect there’s still sone work going on for those home-based on Mondays and Fridays.

It is what it is and CBD businesses will have to learn to adjust. Business owners like Andrew might get his full-time workers to become three-day a week workers. And this kind of adjustment might be the good news that will make the bad news of job losses after March 28 less enduring.

The Daily Tele today tells us that “Sydney’s western suburbs and the CBD will be hardest hit when almost 350,000 workers and 124,000 NSW businesses are cut off from JobKeeper at the end of the month.”

Treasury thinks 100,000 jobs will be lost. These once JobKeeper protected workers will have to go onto Job Seeker, if their bosses can’t afford to keep them on.

AMP Capital’s Shane Oliver has guessed the number will be 150,000, but even Shane would say this is nothing more than his best guess.

Shane says city centres are “nowhere near normal,” but suburban shopping centres are faring somewhat better as people still work from home and are wary of public transport.

“City physiotherapists, sandwich shops, restaurants and bars have all been pretty badly hit,” he said.

As the Tele says, in a oh so Tele kind of way: “About $345 million a fortnight in federal government support will be ripped out of the NSW economy when the wage subsidy finishes on March 28, according to analyses of the latest Treasury data.”

And that’s why we can’t be blasé about the economy after March 28. But since the recession across the March and June quarters, we’ve been growing at a huge 6.5% rate, which compares to a long-term average of only 2.8%.

So what I’m saying is that there’s a lot of momentum in this economy that might mean that those who lose jobs will find jobs quicker than they would in a more normal, slower growing economy.

Why do I suggest that?

As Treasurer Frydenberg will tell a Business Council gathering today: “Dwelling investment, business investment, motor vehicles sales, job advertisements and household consumption are all significantly up. Government programmes like HomeBuilder, the expanded instant asset write-off and income tax cuts are all playing their intended role. Government is best when it acts as a catalyst for households and businesses to take conscious decisions to consume, hire, invest and grow.”

I don’t want to be too needling but Labor does have a fair call arguing that the Government’s vaccination programme could be quicker. Given the importance of vaccines to economic growth (because it speeds up the getting-back-to-normal process), the jabbing rates have to escalate to help offset job losses linked to the end of JobKeeper. Needles can be scary but a slower growing economy after the end of JobKeeper would be a horrific tragedy for the jobless!