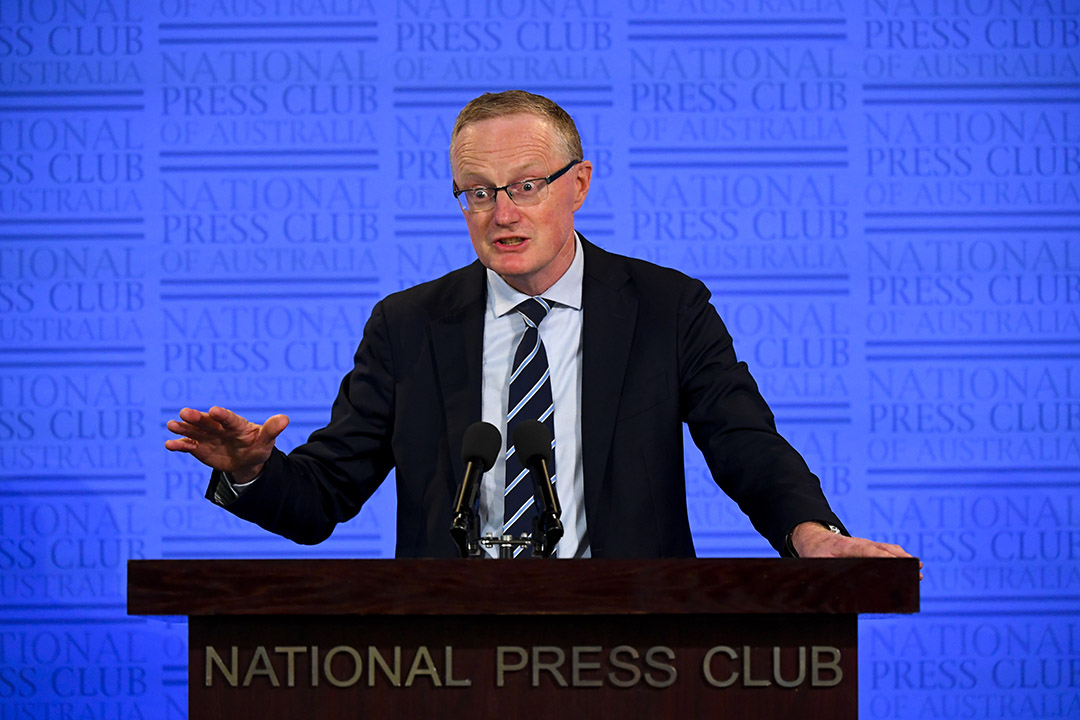 No interest rate rise for you!

What the RBA Governor Dr Phil Lowe says today could be his first steps towards virtually saying: “Sorry, but I’m going to have to take back that promise not to raise interest rates before 2024.”

You might remember I’ve always doubted the ‘pledge’ and have reminded you that in a Seinfeld episode, George Costanza once said: “It’s not a lie if YOU believe it.”

Dr Phil won’t utter anything that directly says he will be raising rates any time soon, but he will talk about something that most normal people can’t understand — quantitative easing or QE.

The newspapers keep telling us he could give indications that he’s starting to ease up on QE. This could be market speculation or the RBA has a bit of a history of talking to some members of the media and giving them hints/scoops.

The big bank does this when it wants to get the market or public ready for a change of policy tack. Because the economy has been doing so well, the RBA will need to eventually cutback on the stimulation that QE delivers.

QE has seen the big bank buy two lots of $100 billion worth of bonds from big financial institutions. When it does this, it puts money into the economy.

How? Bank A holds $1 billion worth of bonds and when the RBA buys them, the bank now has money to lend, which helps the economy grow.

So if Dr Phil says he’s buying less bonds, interest rates in the bond market will start to rise because the bond players know the supply of money in the economy will be reducing. This action pushes interest rates up. And all this will be a forerunner to the variable home loan rates rising.

But it will still take some time before ordinary Australian borrowers will see the cash rate increased by the RBA, which then will trigger banks raising variable home loan interest rates.

So should we see the ‘Guv’ as an untrustworthy so and so? That does depend on how flexible and understanding you want to be.

When Dr Phil made the ‘promise’, things were so economically grim, he meant it. But after three decades of watching policymakers (and being an economist as well), I know these people change their forecasts, predictions and undertakings at the drop of a hat, or more correctly at the drop of some data.

Be assured, guessing (sorry, forecasting) the economy is harder than it looks. The great economist of the 1930s, John Maynard Keynes (he’s the guy who has given modern economists and governments the current playbook for fighting possible Great Depressions) once was teased by a questioner who noted that he’d changed his predictions and advice to policymakers.

His response was a ripper: “When the facts change, I change my mind. What do you do, sir?”

So changing your mind if OK. In fact, it would be crazy to maintain a course of action just because you were afraid to admit you were wrong at a previous time.

Sure, it might mean you were a dud forecaster at the time but economies can shock you. For example, in the delayed October Budget of last year, the guess on unemployment was so wrong, it shows how huge this economic rebound has been.

The unemployment  forecast from Treasurer Josh Frydenberg was that the jobless rate would be 8.75% by June 2021. Well, the latest number — that’s the May figure — came in a 5.1%!

It looks like the Treasury economists and the team of economists who never cried “crap!” when they saw that prediction were either on serious unprescribed medication or our economy has shocked the socks off us.

Right now the biggest economic obstacle to an even bigger boom is the problematic rollout of the vaccines, primarily caused by the surprise clotting problem of AstraZenca. This has made lockdowns more likely. And these act as small brakes on our economic growth.

They’ll remain small, provided we see the vaccine programme ramped up and improved in coming months. I suspect political fears of a voter backlash for ScoMo will see this current vaccine problem dealt with ASAP.

This could be the only reason why Dr Phil might avoid changing his communication with the market about QE today.

He could easily say I have $100 billion worth of potential bond-buying in my arsenal but I will release it progressively. I’ll even hold some back if the economy doesn’t need it.

If Dr Phil says anything that suggests he might have to welch on his “no interest rate rise until 2024” virtual promise, it will be a big headline in the media.

I’ll be surprised if he doesn’t say something that will create interest rate headlines but the RBA can’t start playing hardball with the economy just yet, not while we have vaccine challenges, closed state and international borders and half the country in lockdown. Dr Phil has to be smarter than that!