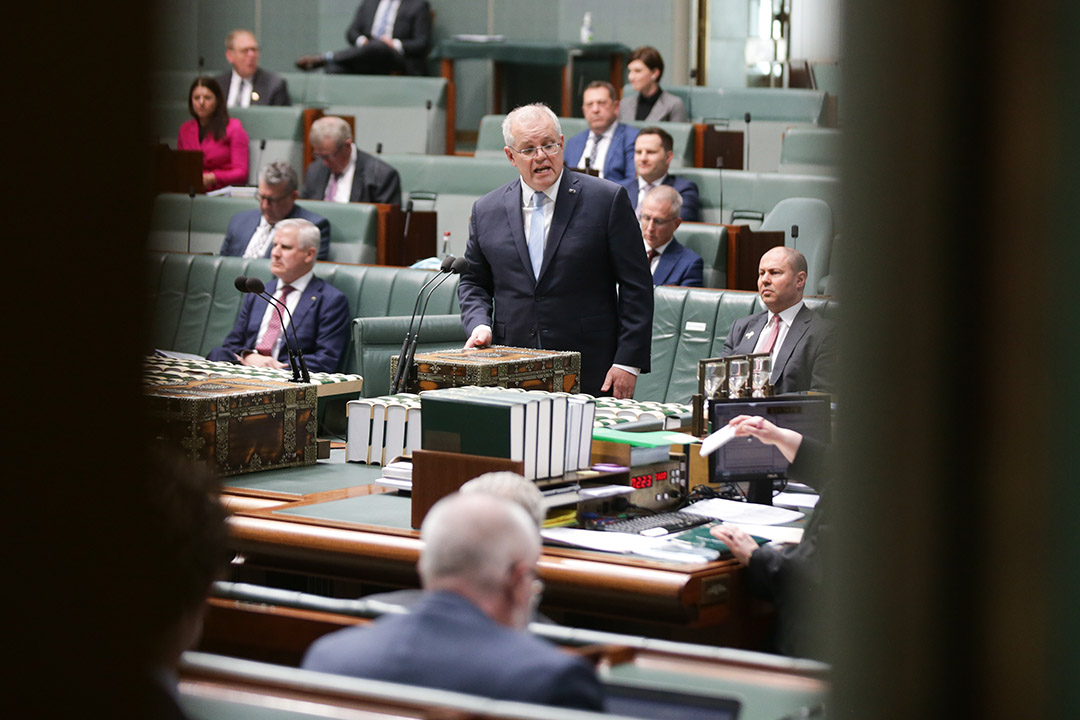 There seems to be an outbreak of a ‘virus’ we really wish might spread and it’s the common sense that’s coming out of Canberra, of all places!

Yep, and it’s starting at the top, with the PM effectively telling his public servants: “No more home work for you!”

That’s the order from our leader and chief to his army of public servants, which number, wait for it, close to 250,000!

In case you didn’t know, there is something called the Australian Public Service Commission and its head, Peter Woolcott, has told nearly a quarter of a million public servants that it’s time to fly the home nest and get back to the office “where it’s safe to do so”.

The PM actually has a second gig — Minister for the Public Service — and the AFR reports that he said: “It’s time to get our CBDs humming again.”

If we want a normal economy again, creating jobs, we have to get back to normal activities, such as going back to work, having open borders, flying around the country and so on, even if we have to do it wearing masks and keeping 1.5 metres away from each other.

And adding credibility to my common sense call in Canberra, next Tuesday’s Budget will tell backpackers, Pacific Islanders and seasonal workers that they will be able to exten­d their visas and stay here to help the farm sector, which currently faces a 30,000 shortfall of workers.

Another from the book of common sense is the plan to allow those on JobSeeker and the Youth Allowance to keep up to $300 a fortnight before their welfare payment is reduced, provided they show up for work on a farm to help with harvesting and fruit picking.

Good idea but the $300 a fortnight is probably too low to get enough city slickers to give up their less rustic ways to go bush and work bloody hard!

The Australian newspaper says that “the age limit of 30 on the working holidaymaker visa will be scrapped, for example, so people aged 31 and older could continue working in agriculture.”

These are all sensible moves but sometimes you can see that the old public service/accountant mentality applies to some of these decisions, as evidenced by the $300 cap before welfare is reduced.

Getting young people out and into the bush on the idea that they can earn what they like and keep their ‘dole’ payments is a great ‘outside the square’ idea. And that’s exactly what we need right now.

Not only would the chance to earn a lot more money get those in cities who are jobless to go bush, there would be a number of positives that could have enduring impacts on the people who decide to go and help our farmers.

They will learn about hard work, the importance of our farming community, see another way of life and undoubtedly help them grow up to be wiser and better people.

You can’t calculate those benefits in a Budget but the economic pluses could go on for decades. And there is history around a Federal Government letting people on the dole keep their full payments while earning other income.

Paul Keating introduced a programme, which the Howard Government extended, which gave the long-term unemployed a six-week business planning course where the participants were encouraged to start a business. And these people were allowed to keep their full dole payments for a year to help with cash flow for the new business.

This programme, called NEIS, saw something like 90% of these long-term unemployed never going back on the dole! This was common sense meeting thinking outside the square — and we need a whole lot more of this in the age of the Coronavirus.

P.S. The NEIS program still operates! Check it out at: https://apm.net.au/start-your-business-with-apm/