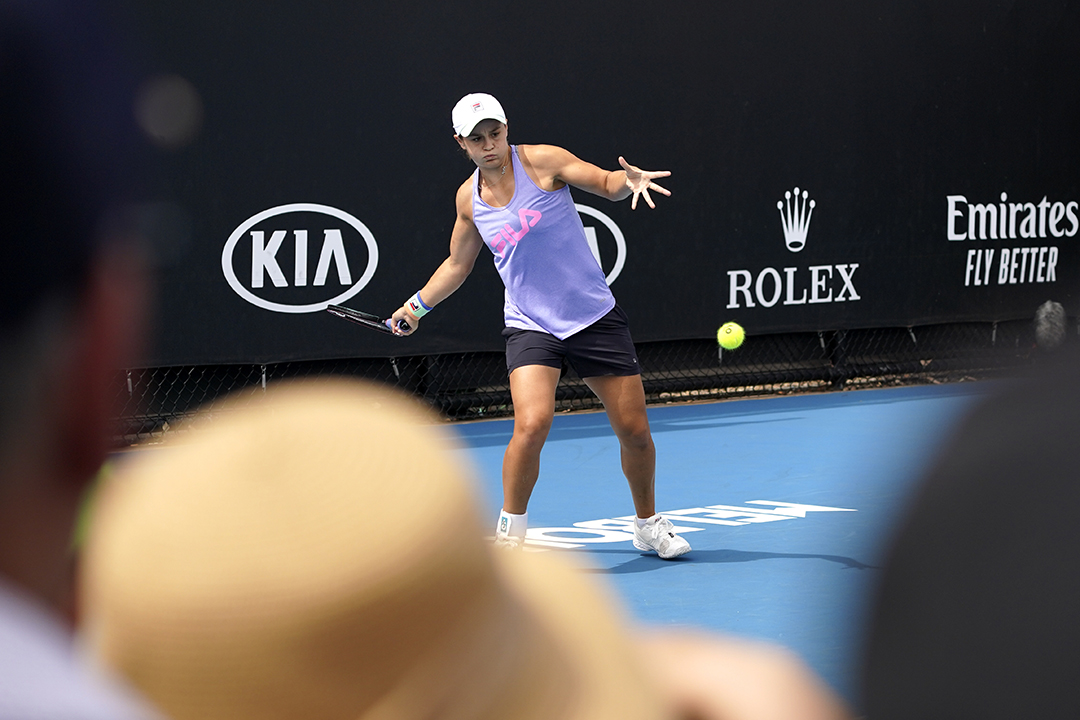 The Young Australian of the Year showed us why she won this illustrious title and simultaneously underlined why some members of the media are bordering on a national disgrace. And in many ways, their behaviour, which is so much at odds with what Ashleigh Barty demonstrated over the weekend, partly explains why too many US citizens thought it was time to vote for someone like Donald Trump!

Yep, mad, bad and dangerous journos with a laptop and media megaphone are creating a voter backlash, which culminated in America winding up with Donald Trump in charge. In the UK it was BoJo and here ScoMo.
As a consequence, Donald created an election war cry in “fake news”. And because of the media’s one-sidedness or their pathetic attempts to create negative divisions rather than working for a positive consensus, a whole lot of people/voters are turning off until they get alone in those cardboard booths on polling day.

The piling in on Scott Morrison from some predictable quarters of the media is looking too one-sided to someone like me, who can remember the lessons I was taught by old age editors in the 1980s.

ScoMo has had a shocker. He has made mistakes that he’ll have to try and make up for. But the level of castigation looks like it has been driven by disappointed Labor voters or those who have trouble with Scott’s beliefs, religious bent and his very existence in the job.

You can even detect some journos’ desire to create another opportunity for PM-axing, despite the fact that the nation and the economy is screaming out for political stability.

As I say, ScoMo has a lot of work to do and like most of us, including the embarrassing members of the media I’m alluding to, he could learn a great lesson from Ash Barty.

In case you missed it, Australia’s best and the world’s number one female tennis player, Ash Barty, was asked by a creep in the media asked about what she thought about us celebrating Australia Day.

Now this is a fair question for a politician and could be a vox pop in a city square for a TV news item or documentary. But it’s bloody unfair to ask a 23-year old Indigenous Aussie to get involved in a race debate.

It also shows what a loser the questioner is or that he is a selfish prat, in asking a question that might bring forth an answer that could create a media storm, which might mean praise for him in securing a scoop, while possibly unnerving Ash and ruining her Open campaign.

That’s my view and I reckon a lot of sports-loving and fair-minded politics-loving Aussies would agree with me. But what tops everything was Ash’s wonderful answer that shows why she is a credit to our country and her people, who have to be congratulated for helping to create such a great young woman.

This is what she replied: “I'm a proud, Indigenous woman. I'm a proud Australian. For me, it doesn't matter what day of the year it is. I'm going to stay true to my values all throughout the year, all throughout my life.

Doesn’t this make you proud to know that this country can produce an athlete who can show us all (including second-rate, predictable journalists) what it means to be inclusive and committed to the positive rather than the negative.

Obviously, I hope she goes all the way and wins what Australians have found hard to do since Chris O’Neill in 1978, but on what she has done so far, and more importantly, what is inside her head and heart, we have a champion in our midst who will always be a champ to me.

And I reckon she deserves a lot better than the tawdry, dumb questions from a media moron with no champion qualities whatsoever.