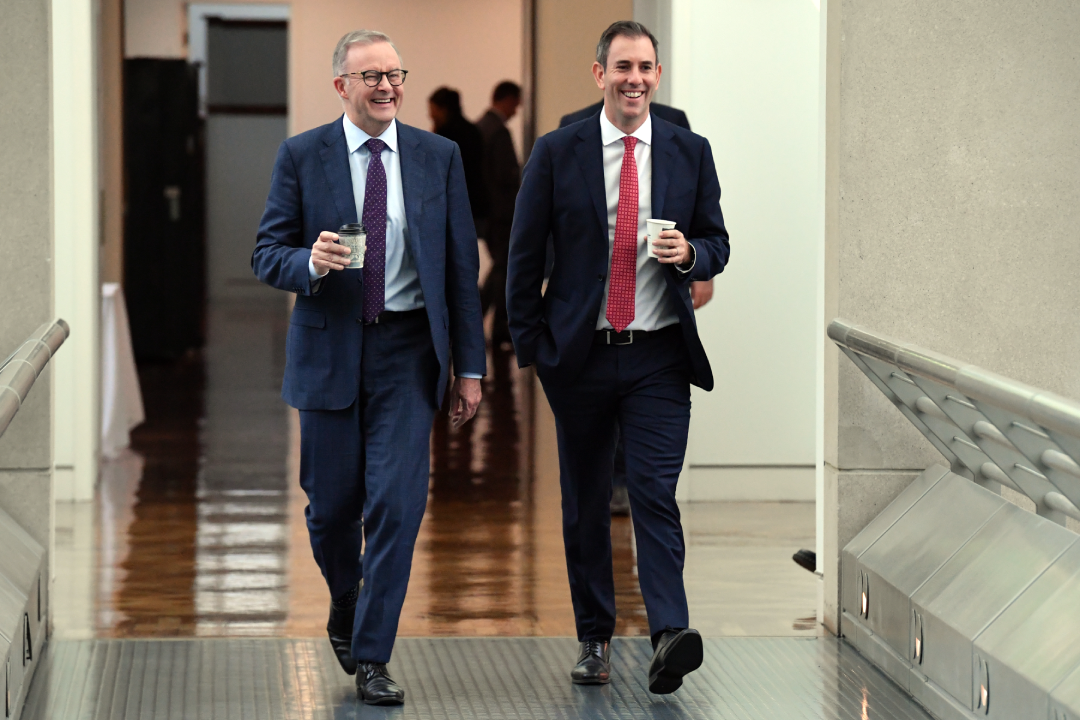 You know Labor is fair dinkum determined to win the election at all costs when it ditches the tax reform agenda that saw Bill Shorten crash and burn in the 2019 poll. This is the conclusion as the media asks how the Anthony Albanese would-be government would pay for its post-Budget promises to deliver a transformed new and improved age care sector.

The desire to overhaul the taxes on trusts has been dropped and the man who would be Josh Frydenberg in a Labor Government, Dr Jim Chalmers, says there is only one immediate tax target and that’s multi-national companies, such as Apple, Amazon and the like who are seen as tax-avoiders. “We don’t have any proposals for tax increases beyond working with other countries to make the multinational tax regime fairer,” Dr Chalmers said in an interview with Sky News on Sunday morning. “Our priorities are cleaner and cheaper energy, and cheaper and more accessible childcare, dealing with skill shortages, building the digital economy, the care economy and advanced manufacturing.” (SMH)

This means the old plan to slug trust distributions of income to members of the trust with a 30% tax has been dropped from the old Shorten tax plan.

Out goes the crackdown on negative gearing and the reduction of the capital gains discount of 50% to 25%. This will put Chalmers and Labor at odds with the Greens.

The Adam Bandt-led party wants to kill capital gains discounts, so you’d pay full bottle capital gains tax on any increased value on your property or other price-gaining assets. Bandt wants to grandfather negative gearing gains for those already invested but going forward he doesn’t want the tax benefits of borrowing to buy property to remain.

The assessment is that the Budget helped the Government but not enough to think it will be a vote-changer. “Scott Morrison has a much higher disapproval rating than Labor leader Anthony Albanese, especially among women, but there is little difference between the two in terms of preferred prime minister,” reported Phillip Coorey.

But there is not a massive swing to Labor at this stage so the ‘no new taxes’ except for foreign tax evaders, is meant to put a nail in ScoMo’s political coffin.

The Australian’s Newspoll is a little more positive for the Government. “Popular support for Labor has fallen in the wake of last week’s federal budget and a political contest over economic management, with the Coalition closing the gap as Scott Morrison prepares to call the election within days,” reports Simon Benson.

But while the Labor versus Coalition poll has improved its position from a 6-point margin to a 2-point difference — 36% plays 38%, the Greens still swing the likely election result towards Labor.

On a two-party preferred basis, the score is 54 plays 46 in favour of Labor and its allies and this ‘no new taxes’ mantra of Labor won’t hurt that unless the Greens whip up some anti-Labor sentiment because they do want higher taxes.