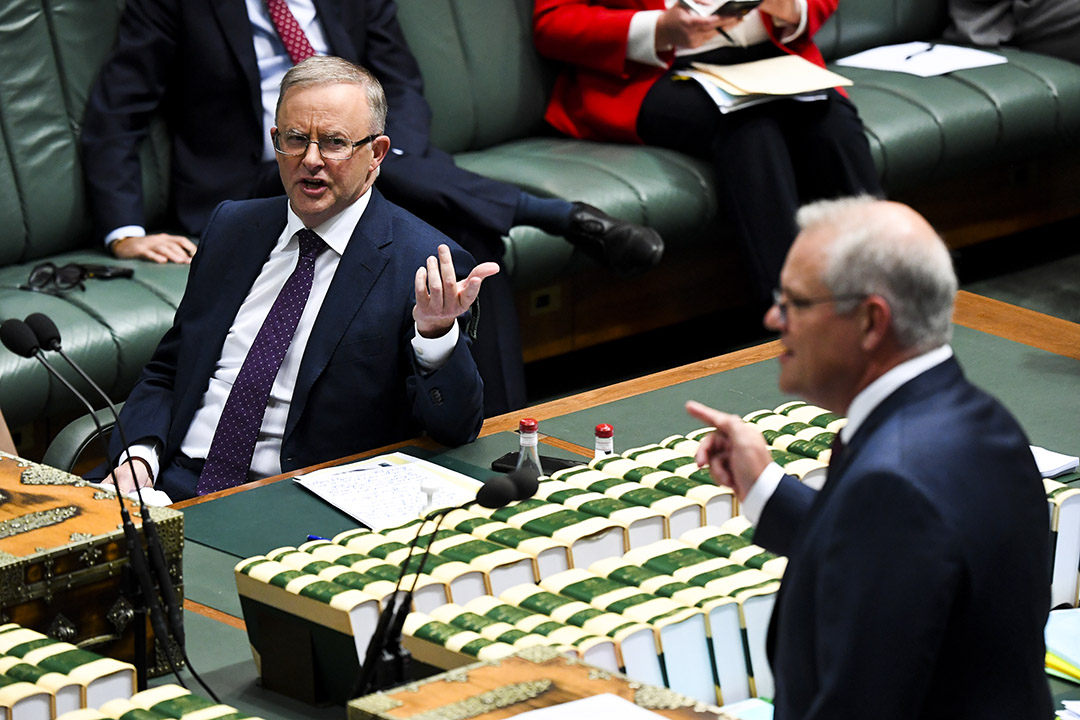 Labor could beat ScoMo but they won't!

It’s amazing what an by-election loss can do. Since the weekend’s poll in the Upper Hunter that was a disaster for Labor (even the ABC headlined that!), we’ve seen the state Opposition leader, Jodi McKay, face the possibility of her job going. She now looks like ‘dead woman talking’.

And now Federal Labor leader Anthony Albanese looks like he will give a tick to the Government’s third round of tax cuts. Geoff Chambers in The Australian says the Labor Opposition, after holding out on giving these future tax cuts the tick of approval, is now set to pivot (a word we now say since the Coronavirus made us all come up with new ways to work and make things happen!).

Four days after the poll in the Hunter (think coal territory) told Labor that its policies need to be reworked (to put it nicely), these once bagged tax cuts look likely to get the thumbs up from Albo and his team.

In fact, if Albo wants to keep his job, and if he ever wants to make Labor an election winner, he needs a party pivot! More on that in a moment.

Let’s focus in on the tax cuts at the centre of this U-turn for Labor.

Labor has been known to call it a tax cut for the rich but these cuts help a lot of middle class workers who clearly aren’t happy with Labor’s scrooge approach to tax cuts.

Another tax battleground is over the $7.8 billion a year temporary Low and Middle Income Tax Offset or LMITO, which gives 10.2 million of us tax relief of up to $1,080. Labor wants to keep it in place but the Government sees it as an anti-recession weapon only needed while the Coronavirus still threatens the economy.

Tax experts say LMITO gives more to low-and-middle income Australians, but Labor carrying a message to people who might already vote for them probably won’t change election results in the future, unless ScoMo really screws up.

Right now, Morrison is the preferred PM by miles. The latest Newspoll count saw ScoMo at 59% plays 40% for Albo, though Labor on a two-party preferred basis was in front 51-49, thanks to the support from the Greens. Labor’s standalone rating is only 36%.

“Senior Labor MPs are aware that if they pick winners and losers in carving up stage three, it could trigger a backlash in key seats, such as during the 2019 election campaign when a Gladstone worker bailed up Bill Shorten over tax breaks for higher-income earners,” he wrote. “Mr Shorten’s policy at the last election was to restore the deficit levy — and increase taxes — for workers earning more than $180,000-a-year.”

Recent Labor policy offerings played up to the people who would vote for them anyway, but with their current crop of policies they’ve scared off the large group of Australians who are aspirational.

Labor’s Treasury spokesman Jim Chalmers is bright but he sounds like he’s been trained by the ACTU or the old Labor guard who dominated the party when Bob Menzies was PM from 1949 to 1966!

Albo and his team are not business-friendly, which is exactly what Bob Hawke and Paul Keating attempted to do in their long reign from 1983 to 1996.

They didn’t always get it right but they knew more about what the aspirational Aussie wanted. What Labor has underestimated is how many of these winners are out there!

Bob Hawke made a point that I learnt from as a young commentator in the late 1980s, when he rebutted a criticism of his policies as not pro-working class, when he said, he can’t do much for “our constituency if we’re in Opposition.”

It’s no surprise that one of Labor’s architects of those winning years, Graham Richardson, called his memoir on those times — Whatever it Takes.

Maybe it’s time for Albo and Chalmers to do some reading and some surveying so they get to know who they want to lead.