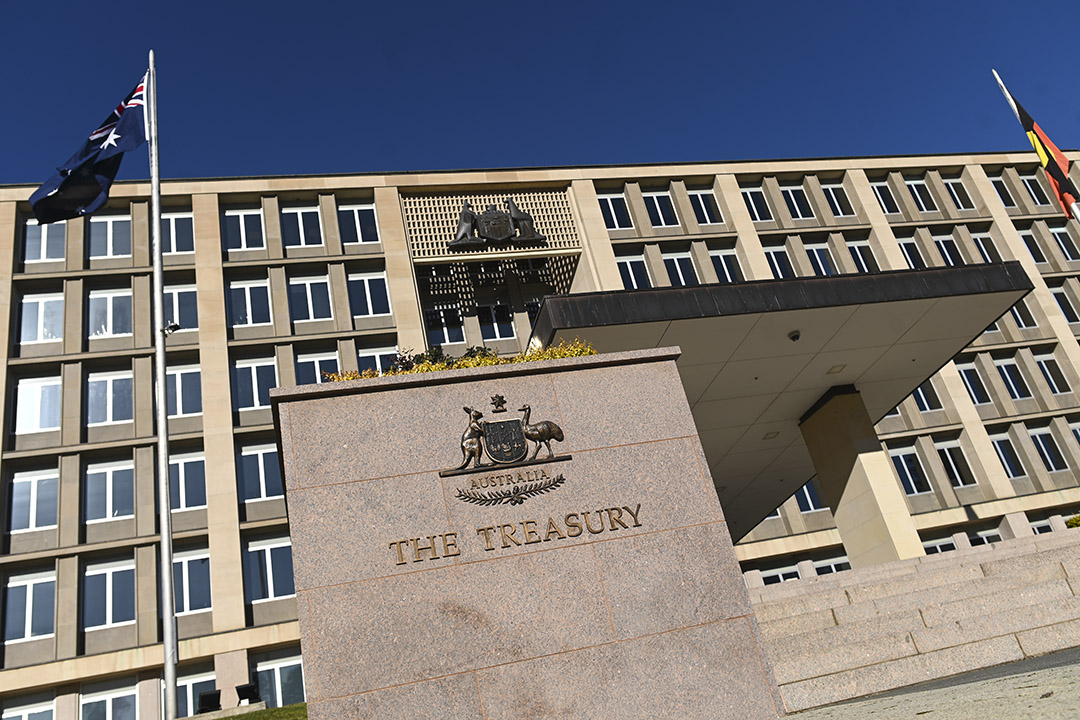 JobKeeper ends on Sunday and while statistics guessers like Treasury think 150,000 workers could end on the dole queue, the news might end up better than the pointy-headed number crunchers there think, if the latest on the Morrison Government’s Budget Deficit is a good omen about our future.

I should say that Steven Kennedy, Secretary to the Treasury, has given himself a wide range with his guess because he told the economics legislation committee in Canberra this week that job losses could be between 100,000 and 150,000, making it look substantially like an educated guess.

That said, Dr Kennedy and his team have computer models in the labour market and how the economy affects employment, and how employment in turn affects the economy. It’s a subject  that has a big impact on the Budget Deficit, which at the moment is shaping up as a very good news story for the Treasurer, Josh Frydenberg and his Government, which is losing popularity over its handling of the Brittany Higgins tragedy.

More on the Budget’s improvement later. For the moment, let’s understand a bit more about the market for workers, which many of us think is heading for a post-JobKeeper disaster.

Doc Kennedy would’ve surprised many when he told us that during the years before the Coronavirus ravaged the economy, around 400,000 people moved in and out of employment and most of those who moved out left the labour force and never became unemployed.

He would’ve been talking about retirees, women leaving the workforce to have a baby, long-term travellers discovering the world, students and so on.

What I thought about when I saw the 150,000 number for those who could lose their job after JobKeeper winds up was: “Gee, we can create 100,000 jobs in a month, so it might not take long to absorb many of those who end up as casualties of the end of one of the best government rescue plans ever.”

Kennedy says it’s time to move on, “as other support measures take effect and will allow the economy to continue adjusting”.

Showing he is an economist, about the JobKeeper programme he said: “In particular, it distorts wage relativities, it dampens incentives to work, it hampers labour mobility and the reallocation of workers to more productive roles and it keeps businesses afloat that would not be viable without ongoing support.”

In a sense he’s effectively saying “it’s been great but it’s time to go before you become more trouble than your worth.”

But it hasn’t been as much trouble and costly as we thought. It was expected to cost $150 billion but now it looks like it will be a lot less at $90 billion. But it was good for 3.8 million Aussies between March and September and then 1.6 million after that.

And this improvement is all linked to our government’s commitment to beating the Coronavirus, which has translated into a great economic performance that now is turning the Budget into another good news story.

The AFR’s Matthew Cranston today tells us that the jobs boom and economic growth dividend out of beating the virus so well is the fast-shrinking deficit.

At Budget time we were told the deficit would be $213.7 billion, but by the mid-year update it was down to $197.7 billion. But wait there’s more! And it’s huge, with the latest ‘best guess’ saying the deficit will be $150 billion by June!

And that number would’ve been better if poor old Victoria hadn’t had a hotel quarantine drama that took its death toll to 820, while NSW lost 54. The other states lost between 9 and 4. Controlling the number of people who tragically died due to Covid-19 was a terrific effort. This also had a great economic impact. In Victoria, the state had to endure more lockdown times, which hurt businesses, killed jobs and detracted from the national economic growth story.

So what we’ve achieved is remarkable, being one of the best economies in the world since the global pandemic was declared on March 11 last year.

Of course, $150 billion is still a scary number but if the economic boom times continues, this number will shrink as jobs are created. And with growth tipped to be close to 5%, that deficit could shrink faster than many think.

As a side issue, China has actually helped our Budget! Its demand for iron ore has kept prices near their peak and “the value of ore exports has reached record highs including $15.8 billion in December alone,” Cranston points out. “The iron ore price was $US159.55 a tonne on Wednesday, still almost three times the free on board price Treasury has forecast it would be until September this year.”

When the iron ore price is bigger than expected, our big miners make more profit and the ATO skims off more tax that goes to kill our deficit. And because we’ve been home spending the $69 billion we used to spend overseas as tourists here, GST receipts have surged $5.9 billion ahead of what forecasts had predicted.

All up, some individuals will feel the end of JobKeeper but our economy looks like it will cope with it much better than we expected. The so-called fiscal cliff looks like it will be nothing more than a small step down for most of us.

In his address, Mr Kennedy also provided an economic update since MYEFO, stating that the unemployment rate had fallen to 5.8% in February, well below Treasury’s forecast of unemployment to peak in the March 2021 quarter at 7.5%. He added that the participation rate has remained at its record high of 66.1%.

Furthermore, he noted that the unemployment rate would continue to decline in coming months, and said that it would need to reach within a range of 4.5% to 5% for wage rises to occur, which is lower than the previous estimate of 5%.

He said he has previously observed that following a recession, the non-accelerating inflation rate of unemployment (NAIRU, or the level of unemployment below which inflation would be expected to rise) usually rises due to the potential for labour market “scarring”.

However, he said that while there’s still a risk that certain groups may find it difficult to find employment, the Treasury is optimistic that the “aggregate scarring” would be “far less pronounced following the COVID-19 shock”.

“The extent to which the unemployment rate can be lower before inflation pressures arise will be an ongoing consideration for government,” Dr Kennedy said. “The government’s two-stage fiscal strategy accommodates flexible targeting of the unemployment rate and a considered and prudent approach to medium-term consolidation in the light of near-term uncertainties.”