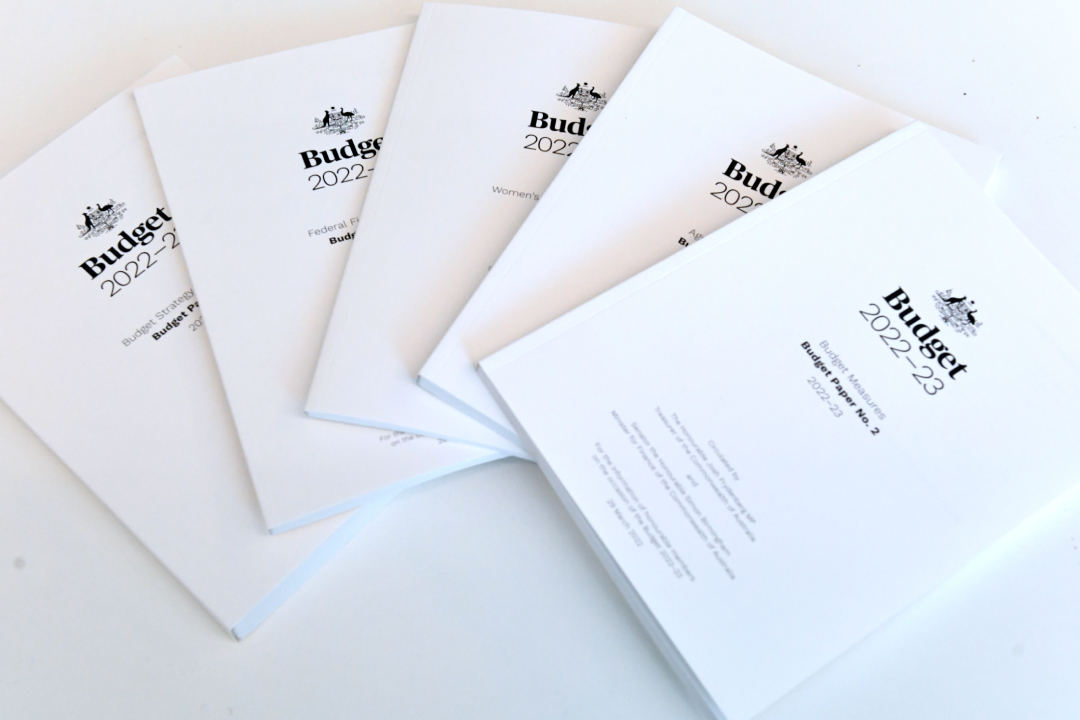 It’s a rubbery figures budget and I like it!

Every year I try to name the Budget. I’ve had memorable ones but I do love recalling what I wrote for The Australian in 2011 and here it is: “On budget night, as I pored over Wayne Swan's effort, it occurred to me that this was a Seinfeld budget — a budget about nothing!”

Yesterday I noted that Rockhampton was to get $6 million for its Beef Week so I didn’t talk about a pork-barrelling Budget (which you often get before an election) but a beef-barrelling Budget. And that was no bull!

However, after looking at the numbers behind this fiscal plan of Treasurer Josh Frydenberg, I call it a Rubbery Figures Budget and I like it!

Usually, rubbery figures should attract criticism but these questionable calculations look both courageous and conservative, and I’ll be keen to interview my economist-buddies to see if they agree.

Let’s quickly look at the big numbers before shining the spotlight on why the winners from this Budget will also help repair our economy from the ravages of that pesky pandemic.

The first figure query is the reduction in the Budget Deficit, which is a ripper. For the financial year that ends on June 30 this year, the deficit looks like coming in at $79.8 billion, but in May last year, it was tipped to be $106.6 billion. That’s a big improvement coming out of great tax collections from a pre-booming economy and the very high iron ore price along with other commodity prices.

The lack of improvement of the deficit next financial year is because Josh and ScoMo want to spend to make friends and influence voters. But the economy will also be a big winner, and after two years of lockdown-lashed growth, we need a boom year. This Budget will help that happen.

Second, that economic growth number, which is said to be a booming 4.25%, has been a huge help to the Budget’s bottom line this year but I think that 3.75% guess for 2022-23 is conservative. I reckon we’ll do better than that, especially if the Ukraine wat gets sorted ASAP. Stocks surged overnight on the prospect of peace. Also, this Budget will help push that growth number higher.

Third, I totally believe the unemployment figures because growth will be better than 3.75% and I think the arrival of foreign workers won’t be significant until mid-2023.

Fourth, the great number to build up my confidence is the business investment spurt from 5.5% this financial year to 9% next! Treasury thinks it will fall to 1% in 2023-24 and that looks too pessimistic, but I must admit I’m planning to be more defensive in my stock plays in late 2023 rolling into early 2024, but I will be partying without real fear with my investments until then.

Fifth, I love the household consumption forecast going from 3.5% this year to 5.75% next year, which will be helped by tax cuts and that $280 billion in our bank accounts that we saved while locked up! I’m not sure if I totally trust these figures because they could be too conservative. Also, the 20 cents a litre cut in the price of petrol by the reduction in the fuel excise will give consumers money to spend on other things.

Sixth, the inflation number looks too low and rubbery. Sure, the petrol price cut will help and so would peace in Ukraine ASAP, but unions are asking for pay hikes and the virus is still hurting the supply chain out of China. Also, price rises driven by higher supply costs often tend to be sticky, such that when the supply costs fall, the price-setters don’t cut their prices and it encourages others to increase theirs.

With a more demanding workforce worldwide since the virus and the “Great Resignation” a real and present danger for employers here, I can see pay rises, especially for those workers who are willing to come to work, look very likely.

Powering the goals of this Budget are these groups of winners that will help Treasurer Frydenberg’s positive picture be a real chance of coming to fruition.

Here are the economic winners from the Budget:

To be fair, all Budgets are based on rubbery figures but the overall promise that these policy offerings will create a booming economy for the rest of 2022 and then in 2023 looks believable. Two good years for consumers, businesses, profits, share prices and ultimately stock prices look like they’re set in concrete, thanks to the intent of this Budget.

Only crazy, world leaders and that damn virus could threaten those positive expectations, but I’m assuming the central banks of the world manage their interest rate rises sensibly.

When peace breaks out in Ukraine, inflation and interest rates will become my big watch.

By the way, those who doubt the chance of peace ASAP, look at the way these European stock markets surged overnight and the headline from CNBC.

That’s great news that I’m not sure even Josh budgeted for!