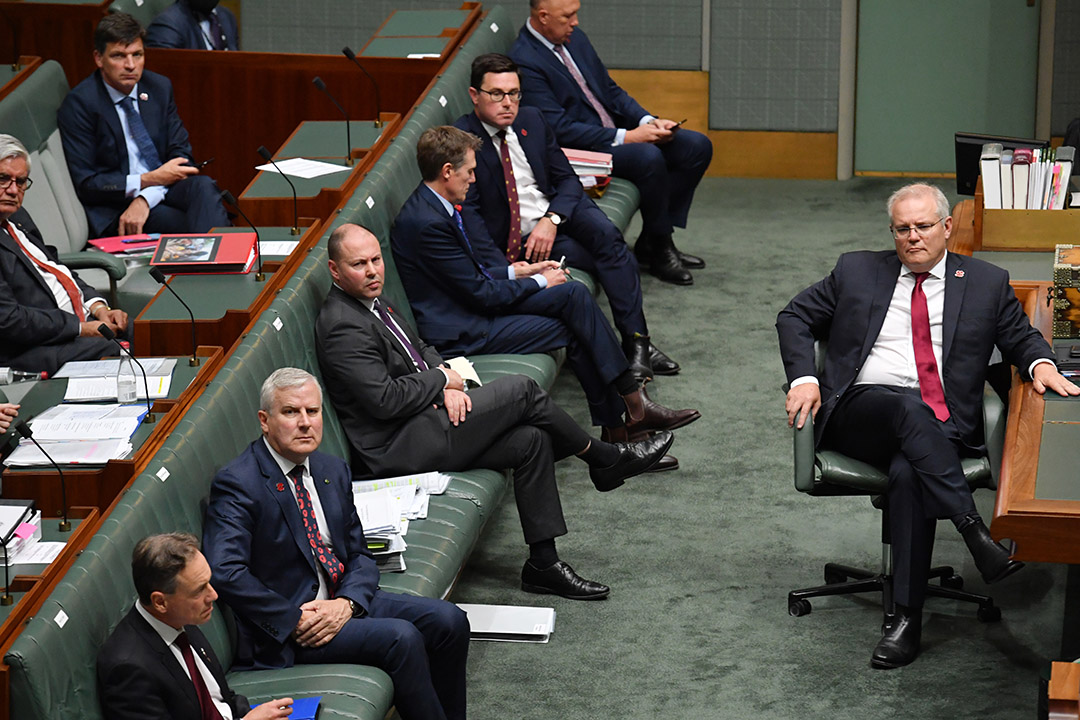 Is the Morrison government breaking bad on superannuation?

The big super question for the Morrison Government is: Is it breaking bad or breaking good on superannuation? It comes when Treasurer Josh Frydenberg says he’ll wait until the May Budget to determine if the legislated 0.5% increase in the super levy goes ahead.

Jonathan Banks plays the role of Mike Ehrmantraut in both TV series Breaking Bad and Better Call Saul. This former police officer turned private investigator and hit man is always given the job to fix things.

In real life, Tim Wilson is a Government backbencher who should be called the fixer. He led the case for older Australians who were set to lose their franking credits under a Bill Shorten Labor Government, which was critical to the Morrison victory at the election last year.

Wilson used numerous tricks and tactics to draw attention to Labor’s potential threats to the income of retirees by changing the rules governing franking credits.

Wilson is standing up for young Aussies who want money for a home over building up their super.

He thinks next year’s planned 0.5% increase in super (taking the compulsory levy to 10%) will stop pay increases, as employers cope with the fallout of the Coronavirus. This will make home ownership harder for first home buyers.

On Friday, the Retirement Income Review driven by Mike Callaghan, a former top Treasury official, was released. Basically it said to stop next year’s legislated 0.5% increase in super because the economy needs spending.

And this isn’t a party-partisan affair, with the Coalition Government lining up against the Labor Party and its allies, the Industry Super Funds of Australia.

The RBA agrees with Callaghan and so does the think tank, The Grattan Institute, which has on many occasions taken issues with conservative government policies. Even Saul Eslake, former chief economist of ANZ, who’s always billed as “independent economist Saul Eslake” but who’s usually pro-Labor on many matters, agrees that spending not saving is more crucial for 2021.

Several backbench MPs (including NSW senator Andrew Bragg and Dave Sharma) have argued the government should consider an extension of its current First Home Super Saver scheme, which allows the withdrawal of voluntary super contributions up to $30,000.

All this plays into the hands of the housing industries builders and developers, which many conspiracy conscious Australians of the left will hate. But it also helps consumers who want to buy a home and employees who want to work!

Remember the official jobless rate is 7%. The unofficial Roy Morgan jobless rate is 12.8%, which means people out of work could be as low as 1 million and as high as 1.3 million, which persuasively builds the case for pay rises rather than super increases next year.

For their part, the Industry Super sector says making it easier for more people to buy homes will push up prices and make it harder for young people to get into property. In the short term, that’s a plausible argument, but it also should build pressure on the Federal Government to join with the States to reduce the costs and red tape connected to getting housing developments happening.

Maybe it’s time for an opt-in or opt-out system for super levy increases up until a certain age or until someone secures a home. We could also look at greater access to super for homebuyers rather than the $30,000 maximum they can access from their fund out of voluntary contributions. We could possibly allow access to some of the compulsory super contributions, provided it goes into the buying of a new home.

The SMY reports that “Mr Wilson said it was ‘illogical’ that a 40-year-old had $100,000 in superannuation savings but did not own their own home.”

And he added: “On the same trajectory they’ll get the pension, it’s just whether it will be gobbled up in rent, or used for a dignified retirement while owning a home.”

If you’re an Australian with a home and wanting to build up your super, you might think Wilson and the PM are breaking bad. But if you’re a non-homeowner or a young person in a part-time job or jobless because of the Coronavirus, you’d definitely think the Coalition is breaking good.