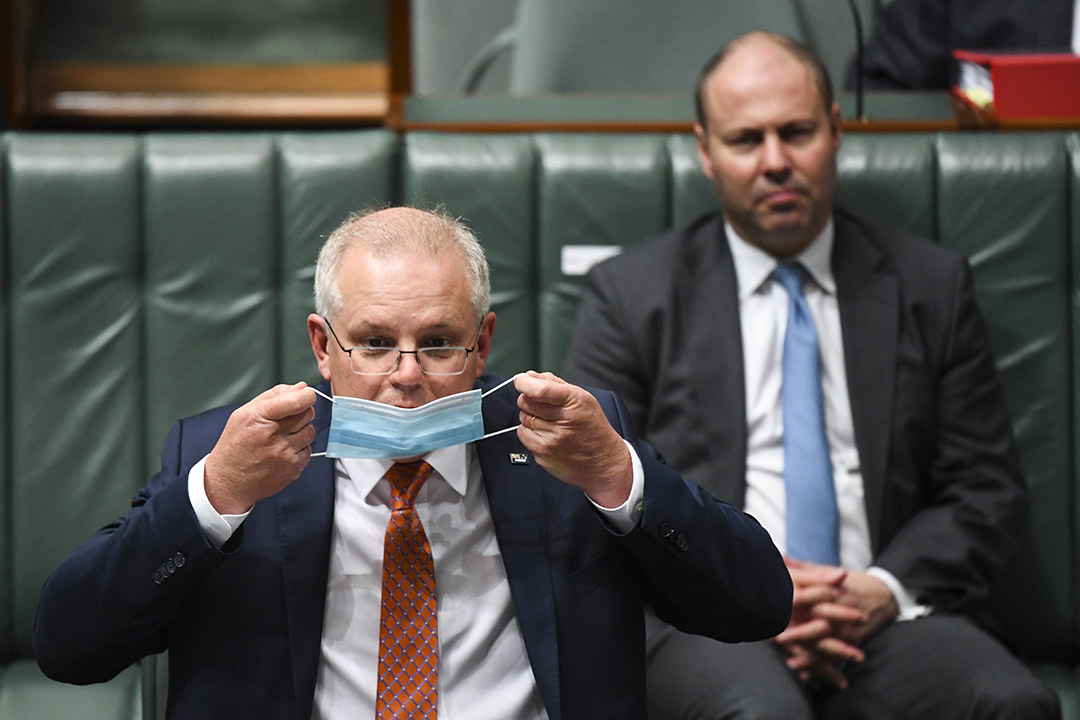 Is ScoMo over-poking the Chinese bear?

I hope the Prime Minister and Treasurer know a lot more than we do about how important China is to our economy, our jobs and the future of many of our businesses. We make profits and employment opportunities are created out of a country that ScoMo is sticking it to.

Overnight we learnt our PM wants the Parliament to give the Government the power to cancel agreements that China or other foreign powers have with our state and local governments, as well as our universities.

And with Daniel Andrews in more strife than Indiana Jones in the Temple of Doom, any such new power for Canberra would mean Dan’s 2018 Memorandum of Understanding with China for its Belt and Road Initiative, could be given the bullet. (No spy pun intended! But I guess if the cap fits…)

You don’t have to be a James Bond or Maxwell Smart fan to work out that China is playing spy silly buggers under the cloak of two colours: that of a capitalistic company like Huawei and a tech player like TikTok.

Whether it’s true or not (most of us not living in China think it is), under the unusual leadership of Donald Trump, the West argues that our ‘friends’ in Beijing are playing spy games. And they’re using technology to bring it off.

Aside from these unsettling invasions of privacy, China has always played unfair on trade and once again it was the very unusual Donald Trump who called this out. Deep down I’m sure a lot of anti-Trump international leaders were glad he did and that’s why a trade deal resulted, which might reduce China’s ignorance of intellectual property and fair trading rules (I did use the word “might”).

But playing hardball with China comes at a cost. Lately we’ve seen our barley exporters and Treasury Wine Estate cop trade restrictions and accusations of dumping, which most commentators see as payback, Xi Jinping-style!

Also this comes when Australia (like all countries) faces the economic threat of what the Coronavirus might do to economies in 2021. Right now, stock markets are saying “she’ll be right” with the US market now in record high territory!

But there are doomsday merchants out there who say the optimists on stock markets are ignoring the debt load that will be left behind from this COVID-19 rescue of governments and central banks, so a mother of all financial crises is out there waiting to happen.

Personally I think Harry will be wrong, as he often is unless he’s scary predictions get ‘helped’ by a pandemic. But the PM has to be measured in his attacks on China. These guys are our number one trading customer, taking 40% of our exports. And with their huge demand for our goods and services, it kind of suggests that Beijing is a protective blanket for us if the world economy ends up in a prolonged recession or depression of a Dent-kind.

RBA economists have calculated a notable reduction on Chinese economic growth, that could come from a financial collapse. And the world beating up on China for spying reasons, could hurt our economy, significantly.

An RBA paper on the subject by Rochelle Guttmann, Kate Hickie, Peter Rickards and Ivan Roberts concluded: “We show that a slowdown in Chinese economic activity of around 5 per cent could result in a decline in Australian GDP of up to 2½ per cent, depending on the nature of the scenario.”

As I suggested earlier, I hope ScoMo and Josh have worked out what we could lose from China if this China-bashing results in more trade bans, and then along comes Harry’s financial collapse.

There could be hopes that Boris Johnson and the UK, post-Brexit, will be new customers for us, which might help some losses from a vindictive China. But this is all cross your fingers speculation.

But if you like this possible pie-in-the-sky speculation, then add to it the news that our ex-PM Tony Abbott has been made a high level trade adviser to the UK!

This comes as we are in the process of negotiating a Australia/UK free trade agreement!

Interestingly, Labor’s trade spokeswoman, Madeleine King, wants Tony to recuse himself from the negotiations. Is she suggesting that the former PM might have changed sides and would do a better deal for the Poms than us? I doubt it but he has always been a bit of an Anglophile. Recall in 2015 he shocked us when he awarded Australia's highest honour to the Queen's hubby. The then 93-year-old Duke of Edinburgh was handed a Knight of the Order of Australia and it became a part of the ‘knightmare’ that helped end Tony’s stint as our PM.

That said, I can’t see Tony as a trade spy for the Od Dart. But who knows in this crazy Coronavirus world?