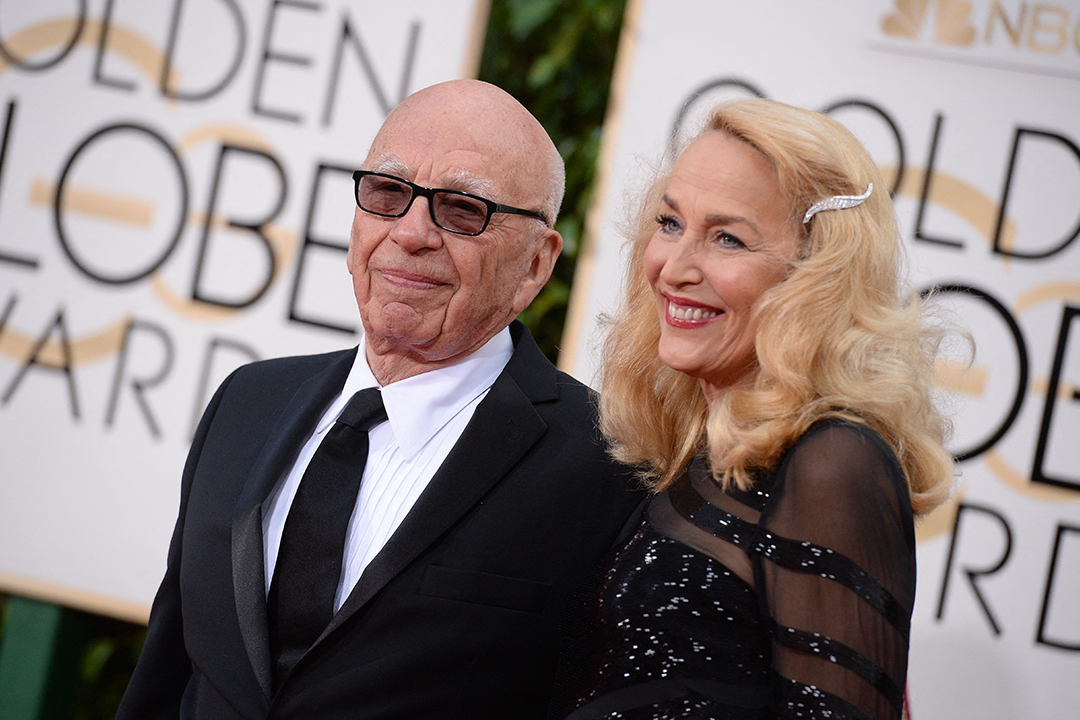 Is Rupert Murdoch’s divorce from Jerry Hall a good omen for stocks?

The big news story this morning on radio for my 2GB colleague Ben Fordham was the divorce of 90-year-old Rupert Murdoch from his 65-year-old fourth wife Jerry Hall, who has four children to a former husband, none other than the king of The Rolling Stones, Mick Jagger!

With all those celebrities and the fabulous wealth of Rupert (the family trust is said to be worth about $20 billion), the questions about what Jerry might get and what could happen to News Corp’s share price was a bigger story than the one I wanted to do about what will happen to stocks in the second half of this year.

I think you can see why the Murdochs would trump the markets, at least for one morning on radio. But on other mornings as the stock market plummets, many investors, retirees and would-be wealth-builders would love to hear that some quality experts aren’t tipping a recession and terrible stock prices as 2022 proceeds.

In fact, I’m sure Rupert would prefer my story over the one he stars in, as he has a big exposure to Disney, which has had a bad 2022 so far.

I told Ben that the divorce would have no impact on News Corp's share price — a prenup is bound to contain his financial losses to Jerry, though she should do well.

Neil Chenoweth of the AFR is a pro when it comes to watching the likes of the Murdochs and explained that the “vast bulk of the Murdochs’ wealth is tied up in the Disney, Fox and News Corp stocks held by the Murdoch Family Trust of Nevada, currently worth $US13.8 billion ($20 billion)”.

And as Neil pointed out, the trust has a big exposure to Disney after that company bought the Murdoch-controlled 21st Century Fox, in a $71 billion share deal in March 2019.

Disney’s share price is down 39% year-to-date but has done better than its rival, Netflix, which is off a big 69%.

Chenoweth calculates that as “the family didn’t sell out of Disney at the peak, probably on tax advice, and now the trust is down $US8.1 billion since January”.

But it will come back. Like me and my family, Rupert and his family will be hoping the champion stocks expert, JPMorgan’s Marko Kolanovic (the company’s chief global markets strategist) is on the money with his predictions for stocks for the rest of 2022.

Here are Kolanovic’s main points that he shared with CNBC:

3. He thinks a geo-political solution to the Ukraine war will happen later this year.

5. Moderating inflation will help the US avoid a recession.

6. That would be good for US company profits.

7. And that means stock prices have been over-smashed this year.

8. If right, his scenario will also mean interest rates won’t have to rise as much as the most negative forecasters have been predicting.

Kolanovic is essentially saying that if the US avoids a recession, expect a big stock rebound. I think his prediction looks too big but that’s only my guess. That said, when the Yanks get positive on stocks, they don’t muck around — they go the full monty.

Why I like this view from the guy who has been ranked as one of the best stock pickers on Wall Street on numerous occasions, is that it conforms with my best-case scenario that I’ve put forward for why I have been less scared about the current big scary sell-off of stocks.

If Marko and I are right, Disney’s share price will rebound. Rupert and his family will love that and whatever he has to pay Jerry will be less painful.

But to be objective, for this great stocks story to end up being factual rather than fictional, the Ukraine war has to stop, which will be great for the Ukraine people, the oil price and lower inflation. And central banks have to manage their interest rate rises very wisely. While I hope they can, I’m not 100% sure they will.

However, when investing in the stock market, you can’t be totally sure about anything.

One final point. Rupert divorcing Jerry might mean the effective head of News will spend more time working on the business, which might be a plus for the stock price as well!