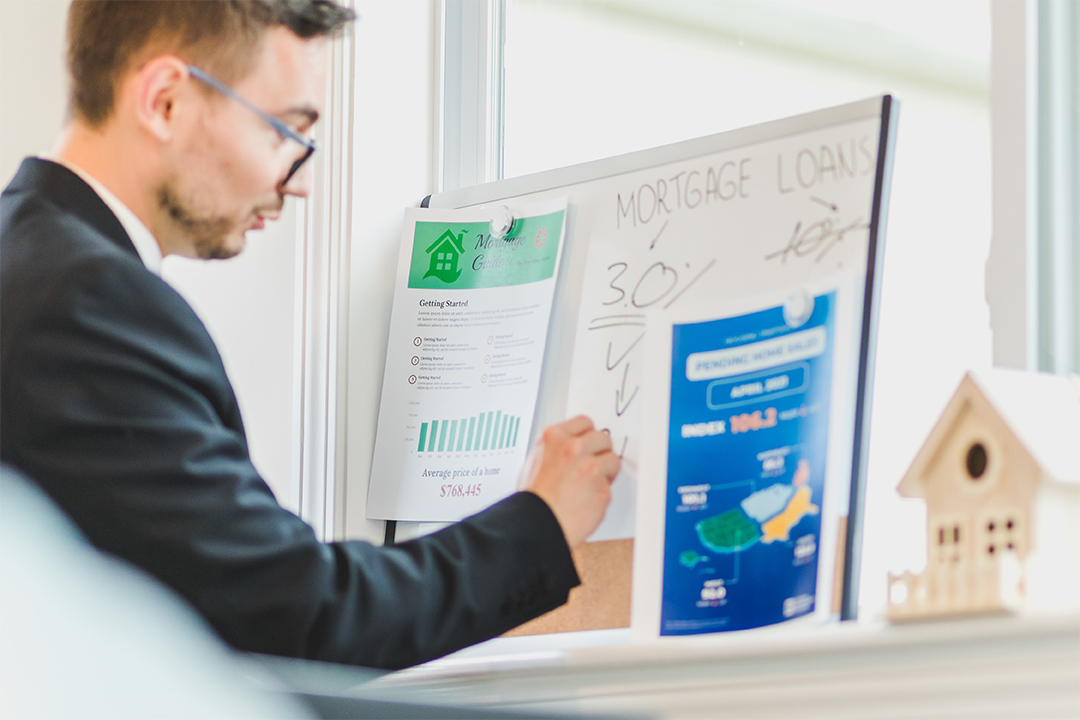 Is it time to fix your home loan interest rate?

The Australian property market is still hot but it’s starting to lose its heat and the question I’m getting is: — is it time to fix my home loan interest rate?

This is a tough question and the right answer can vary from person to person and loan to loan, but I’d be saying to anyone who’s overborrowed and planning to keep their house for a long time, that fixing your rate could be a good idea.

Today the Reserve Bank meets and what they say about the economy will lead to speculation about when interest rates will rise. But one thing is for certain, economists and money market experts think the first rate rise from the RBA will be sooner than 2024. Most experts think the banks will raise mortgage rates before the central bank lifts the official cash rate above its historically low current 0.1% level.

I know the RBA keeps saying the first rise in its cash rate won’t come before 2024 but the experts in the money market don’t agree. They’re tipping the first rise will be May next year. They could be a little early but late 2022 or early 2023 looks very likely.

If you need help working out how interest rate rises could hit you, look at this from The Australian’s Wealth Editor, James Kirby: “Modelling from the Canstar group suggests that even a modest lift in official cash rates, which are under increased pressure from bond market traders this week, will kick up borrowing costs substantially.

“The comparison service suggests an average home loan borrower currently on a 3.09 per cent (principal and interest package) faced with an increase in the official cash rate to 1 per cent (from 0.10 per cent currently) would have to pay an extra $561 a month on a million dollar mortgage.”

The average borrower is on a 3.09% home loan that could go to 4%, probably over two years starting sometime in 2022. Now that would make a 3- or 4-year fixed rate home loan look interesting.

On a variable rate home loan, the comparison rate tells you the real rate you will pay with fees and charges on top of the interest rate, but fixed rate home loans can be confusing.

I’d say the best thing anyone can do is to go to a website such as ratecity.com.au and see what you would pay per month with a fixed rate home loan over 3- or 4-years, compared to what you’re paying with your current variable rate home loan.

If it’s less or similar, you can think about locking in your payments so you won’t get stung by rising interest rates and higher repayments.

But remember, when you lock in a rate, the bank can charge you a fee to break that loan if you want to sell the property before the loan is up. Also, when the three or four years is up, you will roll onto a more expensive home loan.

Another problem is that you generally can’t pay down the loan at a faster rate and it’s why some borrowers fix half their loan and keep half variable. It’s called a “cocktail loan” and it means all interest rate rises will be halved because half of your loan is at a fixed rate.

The average Sydney home loan is $750,000 after house prices rose 21% last year and regional prices were up 24%. The median house price is now priced at $1.1 million.

Patrick Commins at The Oz looked at borrowing throughout the country. “The average new mortgage commitment in the ACT was $555,000, just below the national average of $574,000,” he revealed. “The lowest average new loan size in September was in the NT and Tasmania, at about $400,000.”

CBA economists think house prices will rise by 7% nationally next year. It could be less if interest rates rise and APRA makes borrowing harder for homebuyers.

Meanwhile, Tapas Strickland, who is NAB’s director of economics, tips the cash rate to rise from mid-2023, hitting 1.75% to 2% by the end of 2024. If he’s right, maybe a four-year fixed rate might even be better for those not planning to sell their property inside that time and who worry about being overborrowed with potential rises in repayments.

Ratecity shows there are four-year fixed rate home loans out there but these interest rates are higher than 3-year fixed rates, so once again you should look at the fixed monthly repayments and compare them to what you’re paying now.

By the way, it could be better to switch from your current variable home loan to a much lower rate one because when rates rise, you still could be on lower monthly repayments than you’re on now.

The bottom line is that if you’re worried about interest rate rises, it’s time to do your homework to protect yourself from a cash flow crisis down the track. And if you don’t have the confidence to do this yourself, try a couple of mortgage brokers and use what you’re paying now per month with what you’ll pay with a fixed rate loan as your starting point before you make your decision.