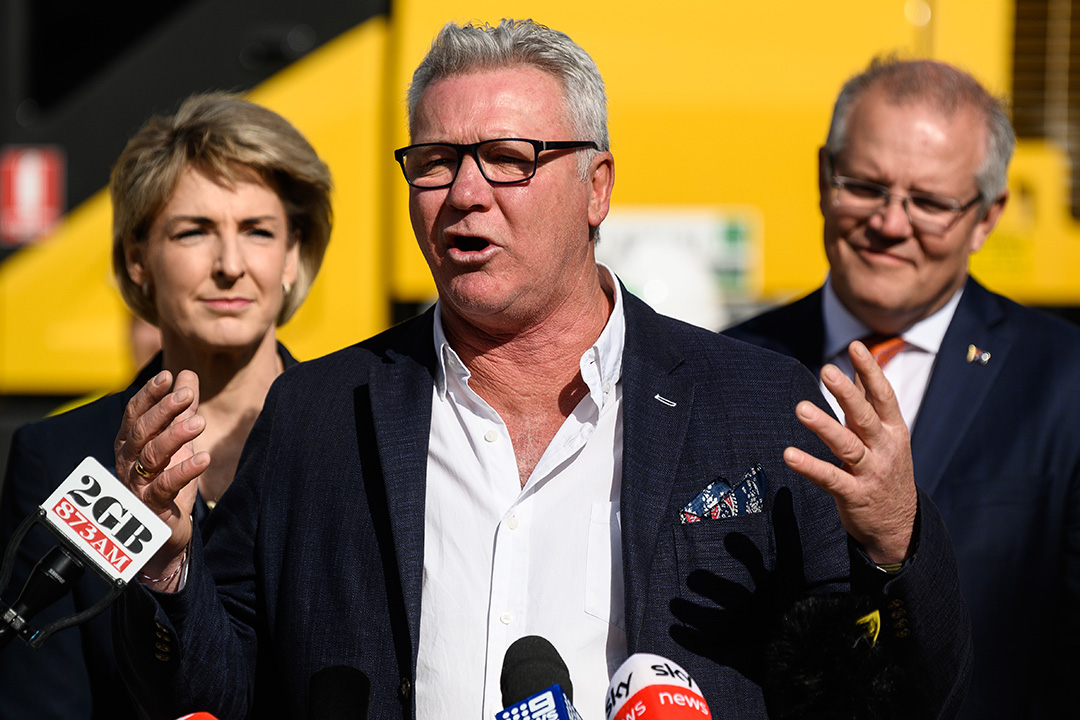 Improving Houses Australia: how’d you like a $40k grant to renovate your home?

One of the great pay-offs for the so-called JobKeeper calculation cockup might be a proposed Federal Government grant of up to $40,000 for home renovators that could help provide work for an estimated 58,000 tradies who’ve seen work dry up since the Coronavirus came to town.

Effectively the Government wants to put a Scott Cam in every would-be renovators house to make their property the best on The Block. This is makeover time, Selling Houses Australia style.

Building industry experts say around 70,000 tradies have been put into hibernation and this proposed $4 billion spend to get homeowners spending is seen as a good idea.

But it comes as The Australian’s legendary business commentator Robert Gottliebsen says there’s already a home improvements boom on the boil, with workers cast out of their offices and restricted to ‘home-work’ also deciding to do those ‘around the house’ jobs that have been put off for ages.

Gotty says he’s talked to senior people at JB Hi-Fi, Harvey Norman, The Good Guys and, of course Bunnings, that mecca of DIY and wannabe DIY Aussies, with a hankering for a BBQ sausage on a Saturday!

And the news is that we’ve been using some of our home time, possibly on the boss’s pay and that of the Government, thanks to the JobKeeper wage subsidy, to fix up the garden, paint the odd room or two and do those repairs that we think we can do without the help of a tradie.

Now because none of these benefitting businesses want to crow about doing well during this downturn, I’ve gone to the best indicator of whether these businesses are on the up or the down, and that’s the stock market.

Over the past month, Wesfarmers, the owner of Bunnings and Officeworks, is up about 11%, Harvey Norman is up 22% and JB Hi-Fi is up 12%. Sure, there was a bit of market comeback in these gains but there was also a fair bit of added sales as the Coronavirus infected a lot of us to lift our home repairs game since the country was locked up and closed down.

Gotty asks why throw more money at the sector but it seems more likely that the promised $40,000, which we have no details about yet, will be targeted at a more substantial renovation compared to a DIY weekend effort after a trip to Bunnings.

The Government will want tradespeople to be recruited and clearly there will have to be proof that the money is being used for significant projects. I imagine the $40,000 grant will make a $100,000 renovation more affordable.

An AFR story today cites tradies who say clients’ jobs have been put on hold because of the uncertainty linked to what COVID-19 threatened for the economy and jobs.

Of course, Government-involvement in stimulus to the building sector hasn’t always worked out well, with the infamous pink bats tragedy under the Rudd Government’s stimulus package resulting in a number of deaths. However, this idea looks less potentially threatening but there could be negative political consequences, if the policy encourages rorting and falsification of quotes and jobs done.

This will require some top notch processes that public servants aren’t always good at creating. On the other hand, they can’t produce applications for the money that result in too much red tape, or else a good economic idea could end being a political disaster.

And it is a good economic idea.

The famous economist John Maynard Keynes made his name out of the Great Depression where his message to governments was simple “spend and prosper”. He argued economies confronting a serious recession or a depression needed to stimulate demand ASAP so this renovations grant ticks a lot of Keynes’s boxes.

The JobKeeper calculation error has been linked to only three million workers needing the $1,500 a fortnight wage subsidy instead of the expected six million. This has given the Treasurer, Josh Frydenberg, $60 billion up his sleeve to target parts of the economy in trouble because of the virus and the Government’s policies to kill the bastard!

For those out there who worry about our internationally high household debt, if 100,000 homeowners secure a $40,000 grant and increase the value of their homes, then they’ll have more valuable assets, which reduces any potential problem of negative equity, where the value of the home is less than the loan behind it.

This is a win-win policy on paper that could easily be ramped up if it proves to be a goer in practice. One day we could call the comeback of our economy in 2021 as the ‘Renovation Recovery’, which would put a smile on the face of The Block’s Scott Cam and Andrew Winter and his team on Selling Houses Australia!