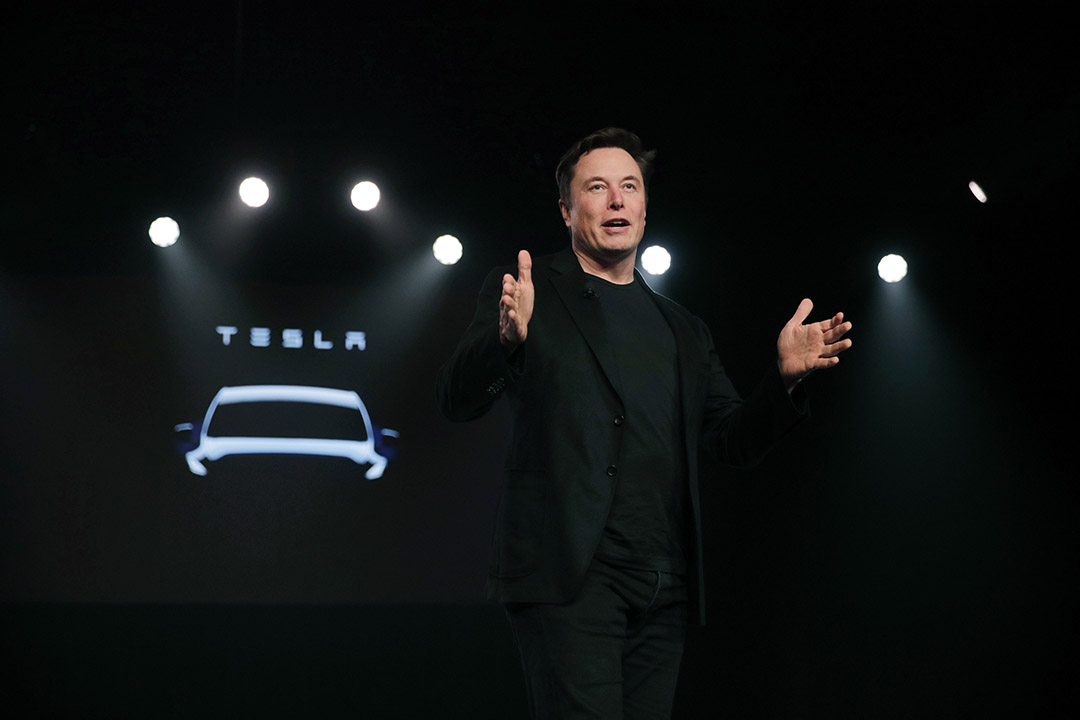 If you want to get rich with Tesla and Elon Musk, be careful

If you’re toying with the idea of going long Tesla as a chance to get rich, you might like to know that Bank of America (BOA) thinks Elon Musk’s much maligned company will head to US$900 a share this year. And given it’s now at US$819, that would be a 9.8% gain. But that’s a pretty stingy return on a high-risk company that recently made 775% on a one-year return basis!

The AFR reports that BOA’s stock experts say Tesla’s stock price “is driven by growth afforded by valuation”. This is code for — everyone’s buying it because everyone’s buying it! Recently it was added into the S&P 500 Index and its share price soared 64% after it was confirmed that it would join the S&P500 index in November.

I’ve been impressed with Tesla for a few years, ever since a mate of mine (who worked in a New York hedge fund) picked up my wife and I at the White Plains railway station in the state of New York, in his new white ‘top of the range’ Tesla, which he bought at the local shopping centre!

I liked everything about Tesla except for the slow take up in suppliers of energy outlets for drivers and the CEO of the company, Elon Musk.

I saw him as a genius but a pot-smoking, space-chasing CEO like Musk couldn’t cut it with me, when it comes to investing my super money. I admired his entrepreneurial vision and natural talent but he was a risky bet. He was like Bitcoin — huge potential but your money could go up and down like a rollercoaster.

Happily for a lot of young investors, Elon has given then the ride of their life, even here in Australia. Gemma Dale of Nabtrade regularly comes on my Switzer TV Investing programme (which resumes next Monday) and she actually watches what we investors put our money into and the flows of money on this online stockbroker i.e. Nabtrade.

In the past Gemma has said that Tesla is the most invested overseas stock on Nabtrade and we’ve assumed a lot of this money has come from younger investors. Many of these investors have used the Coronavirus crash of the stock market to build some wealth when bank deposit interest rates offer little hope for aspirational income-growers.

And many might have seen 700% gains this year, which must be making many novice investors think: “How good is this?” It might also make others (who’ve missed this Tesla share price boom) think: “I have to get a piece of this action!”

But is it too late?

No one knows for sure, but remember the experts at BOA only see a 9.8% return for this company this year. Laying out more than $800 a stock to make 9.8% is a big bet, so anyone toying with the idea should be really careful.

There’s an old maxim in investing that when the promised returns are big, so is the risk. Any company that returns over 700% in a year has been a risky play. The ducks have lined up nicely in 2020 but you can’t be sure it’ll go on this way.

I’d expect Tesla to do progressively well after entering the S&P500 at number four on the list, behind Apple, Microsoft and Amazon. This means that when anyone buys the Index (as so many funds and investors do) they are indirectly buying Tesla.

But life is about to get more challenging for Tesla. Legendary US hedge fund manager Bill Miller thinks Tesla should buy General Motors and said so on CNBC only a few days ago, underlining how cheap GM is compared to Tesla.

And it comes as the big car companies are finally waking up to the fact that electric vehicles are the future. This headline on The Financial Times website underlines what the future could look like: “General Motors plans to overtake Tesla for the electric car crown.”

The Detroit-based carmaker plans to produce and sell one million electric vehicles (EVs) in 2025 but that’s only the tip of the iceberg coming for Elon and Tesla.

Ola Kallenius, who is the CEO of Daimler (which makes Mercedes Benz) told CNBC how his company is going long EVs and low-emission technologies.

“Next to the things that we know well — to build, frankly, the world’s most desirable cars — there are two technological trends that we’re doubling down on: electrification and digitization,” he said.

These kinds of cars are on the rise, with the likes of the UK banning the sale of new diesel and gasoline-powered cars by 2030!

Meanwhile, the Volkswagen Group is investing 35 billion euros (around US$42.86 billion) in electric vehicles and says it wants to roll out roughly 70 all-electric models by 2030!

The potential surge in demand for EVs will be good for Tesla but the explosion of supply could change the profit dynamics for a company that has had the EV space virtually to itself, especially when it comes to high-end cars. The bottom line is: be careful if you think Tesla will make you rich in a hurry.