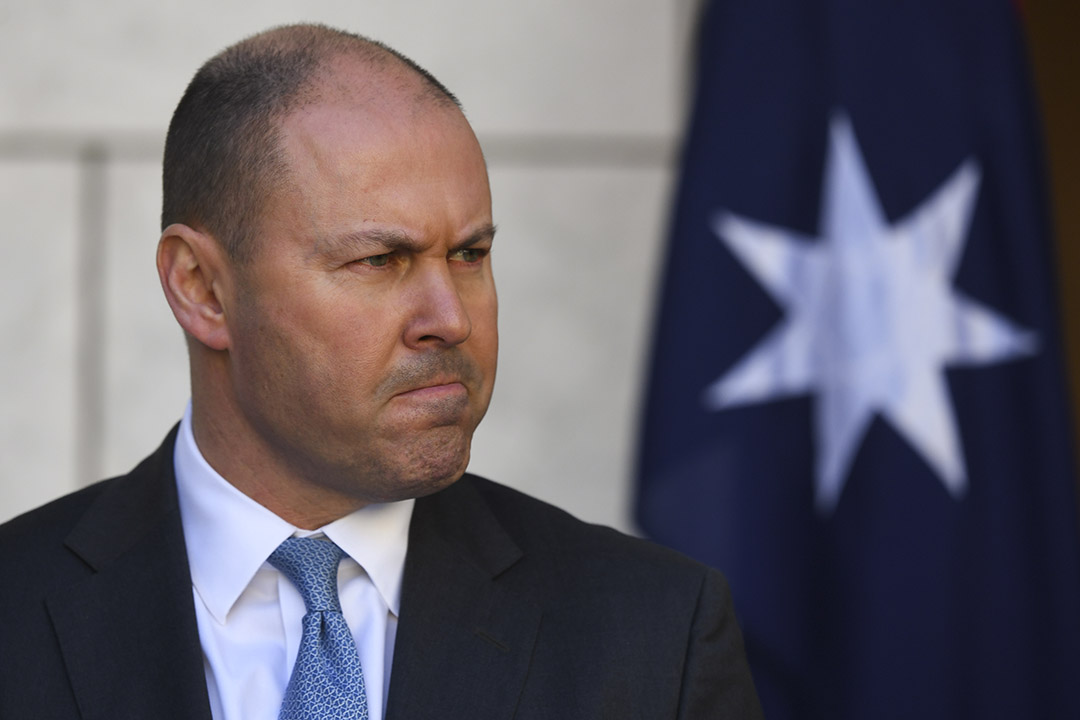 If you run in fear of the Coronavirus and your future, you better read this!

European and US stocks were up again overnight as the powerbrokers of the world unite to try and kick the guts out of the Coronavirus and the negativity it breeds. At home Treasurer Josh Frydenberg started leaking his Mini-Budget, and our stock market lapped it up rising nearly 2.6% (or 154 points) in a day.

Why? Well, when we’re told JobKeeper (that was supposed to end in September) has been given another six months, that’s a good reason to think that this gives the economy time to recover from the current virus and government-created recession.

There are two ways to look at Thursday’s Mini Budget that extends JobKeeper until March, which gives the economy an extra $20 billion that it wasn’t expecting, which is about 1% of GDP.

First, it prevents the economy and the stock market from falling into a deeper, recession-fearing black hole. Basically it keeps confidence up while we cope with the infection challenge in Victoria and our small number (but worrying) infection threats in NSW. We also have states here saying ‘we don’t want you’ to other Aussies, which doesn’t help the economy grow. So the Treasurer is riding to the rescue of wage earners and companies badly affected, which will keep consumers alive and spending. Imagine a Christmas dented by fears about COVID-19, a job on death row and/or a lesser or no wage coming into a household!

Second, this Government support buys us time for a vaccine to show up and my reading of what’s happening overseas makes me expect we’ll see one before the US election in November.

I reckon there’s someone in the White House pushing drug companies to deliver a vaccine ASAP, as the November election looms and popularity polls aren’t looking great for one Donald J. Trump.

Adding fuel to the fire that should heat up the economy is the RBA Governor, Phil Lowe, who’s currently channelling the former European Central Bank boss, Mario Draghi, who became known as Super Mario after he promised he’d do “whatever it takes” to get Europe out of the GFC recession.

Dr Phil doesn’t want to simply print money but he has no problem letting the Government use government bonds to get the money. One economist this week says there are queues of foreigners keen to lend to us because we’re seen as safe to lend to!

Fuelling the fire of positivity were the EU leaders, who agreed overnight to a 750 billion euro recovery fund that will help the region beat the economic negatives from this damn virus.

The European Council President, Charles Michel, said he believes this deal will be seen as a “pivotal moment” for Europe. “We did it! Europe is strong. Europe is united,” he said in an early Tuesday press conference announcing the agreement. “These were, of course, difficult negotiations in very difficult times for all Europeans.” (CNBC)

Adding all this stimulation to the euphoria of possibly finding a vaccine earlier than was once thought, has to be great for the economy, company prices and therefore stock prices. In fact, the vaccine news is coming thick and fast and has to be a huge stimulus to stock market confidence.

Overnight “…Pfizer and BioNTech reported early positive data on a joint coronavirus vaccine Monday and another candidate from Oxford University and AstraZeneca also showed a positive immune response in an early trial.”

Smart share players don’t wait for proof that the economy and companies are doing well. These smarties get in ahead of reality and at the moment the optimists are outnumbering the pessimists on global stock markets because government stimulus plus record low interest rates plus the hope of a vaccine earlier rather than later is an equation whose answer says “buy!”

And is all this spending irresponsible? The RBA Governor doesn’t think so, as the AFR’s Matthew Cranston reported today. “Dr Lowe said that with the lowest borrowing rates since Federation, good demand for Australian government bonds, and an overall gross debt to GDP at less than 50 per cent – ‘much lower than in many other countries’ – the government was in a good position to keep borrowing and provide fiscal support for a sustainable economic recovery.”

The potential magnitude of the economic problem (i.e. a potential depression) means that governments and monetary authorities are showing that they’ve learnt from the mistakes of policy ‘movers and shakers’ in the Great Depression.

In fact, that was the problem — there wasn’t enough moving and shaking of demand-creating government spending until the likes of influential economist J.M. Keynes in the UK and the American President, Franklin D. Roosevelt had their way.

They realised that the only way out of a depression is to spend your way out, to produce the economic growth that not only creates jobs but delivers the taxes to pay off the debt that funds the growth that delivers those jobs.

As Roosevelt famously said: “The only thing we have to fear is fear itself.”