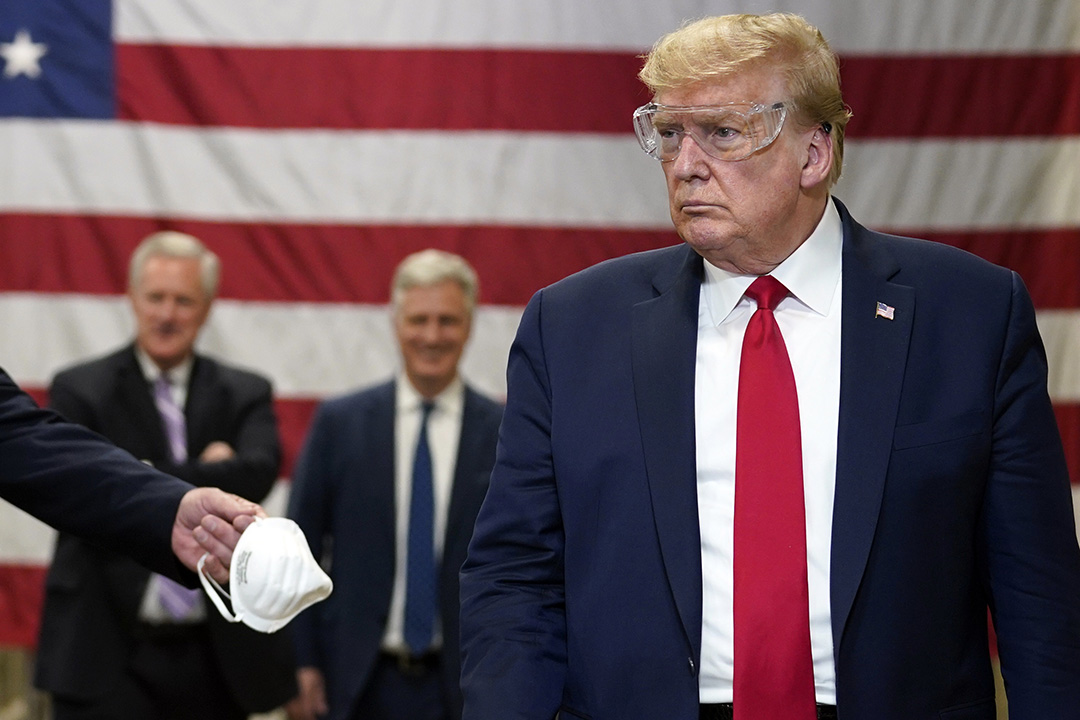 If Trump gets his way, there will be blood!

There Will Be Blood was the title of a great Daniel Day Lewis which sprung to my mind last night when I Skyped into the Credlin show on Sky News and was asked about how the optimistic scenario for both economic growth, pedalled by both the RBA and the IMF, along with a successful managing of the residual debt (that has surged lately) could happen if the world sinks the boot into the Chinese because of this damn Coronavirus.

It’s a good question, especially when you see our Prime Minister leading the charge to have an inquiry into where this life-threatening, economy-screwing threat came from. Having an inquiry is eminently sensible but unfortunately we have China resisting it because the country is known for not copping embarrassment easily. It’s all about “face” and “the Chinese concept of ‘face’ refers to a cultural understanding of respect, honour and social standing. Actions or words that are disrespectful may cause somebody to ‘lose face’ while gifts, awards and other respect-giving actions may ‘give face’.” (www.china-mike.com)

Meanwhile, you don’t have to be an international relations expert to think that PM Scott Morrison has been prodded by the US President to ask for an objective inquiry into what happened with the Coronavirus and how it happened?

There are a lot of grieving families who’ve lost loved ones, businesses, jobs, incomes and dreams because bat crap mixed with raw snake in wet markets in Wuhan or a Chinese scientific worker failed to wash down properly after spending a day trying to create a potential pandemic-creating virus!

Both causes are straight out of a Hollywood sci-fi movie and it’s right for the whole world to say to China: “What the f—k went on in your country that now is so interdependently linked to the rest of the world?”

It was OK in Chairman Mao’s days, when the place was closed and the world’s biggest population played their Communist ways and days in virtual isolation. As a country and economy China was ignorable but not today.

With Irish Catholic and Scottish Presbyterian grandparents, I have a natural comfort with revenge. I know Switzer sounds Germanic but there was a famous Dublin department store called Switzers, which all Irish-based immigrant families like to point to underline their connection to the Emerald Isle.

That said, you have to be careful of revenge when the target is a big kahuna like China, whose demand and capacity to buy stuff can’t be ignored for the world economy first and our economy next. We are an economy that thrives on trade, being resource-rich and population poor in numbers.

A big, rebounding world economy in late 2020 rolling into 2021, where the IMF and RBA tells us we could be growing by over 6% is huge! Wondering about these optimistic calls, I interviewed former Treasury boffin and now chief economist at Industry Super Australia, Stephen Anthony, who’s no softy number cruncher. And Stephen agrees with these pretty positive calls on the economy going forward.

But does his figuring take into account a post-Coronavirus trade war, which President Trump has alluded to. if China doesn’t submit to an objective inquiry? I doubt it.

So just how important is China to the world and Australia?

When thebalance.com looked at what a China slowdown would do to the world economy, this is what it concluded, which we Aussies have to focus on: “The most profound effects of a slowdown in China’s economy would be reduced consumption of commodities, and as a result, lower commodity prices over the long term.”

And commodities are what we sell — big time! It not only powers growth and then jobs directly but, more importantly, indirectly, and it helps kill budget deficits.

Matt Cranston in the AFR reminded us how important China and iron ore prices were around Budget time last year. “Higher iron ore and coal prices have exceeded price forecasts made in the pre-Christmas economic outlook, boosting tax receipts by just over $2 billion in fiscal 2019 and just under $7 billion in fiscal 2020.”

A year ago, the RBA put China’s importance to us into numerical perspective: “China has become Australia’s largest trading partner, accounting for nearly one-third of Australia’s exports, and around one-fifth of Australia’s imports.”

Overall, 98% of Australian goods exported to China are eligible to enter duty-free or at preferential rates and it’s no coincidence that we have grown for 29 years without a recession, just as China has emerged as an economic super power.

And even though John Howard and Peter Costello have been praised for creating years of budget surpluses and paying down the debt, economists have always pointed to how they were helped by the mining super boom, driven by China’s spectacular growth in the 21st century.

Last year news.com.au’s Charis Chang wrote: “PriceWaterhouseCoopers chief economist Jeremy Thorpe released a paper on China Matters about what would happen to Australia if China’s economy experienced a “hard landing”, defined as a sudden decline in GDP growth of about 3 to 5 percentage points.”

He pointed to modelling from Deloitte that predicted it could cost Australia’s national income $140 billion (7%) and 550,000 job losses.

If we play hard ball with China, our economic predicament could get worse. The tip is that our unemployment could be 10% by June and our economy could be contracting at 10% as well. Right now, the RBA and IMF say our total contraction by year’s end will only be 6%, ahead of a boom of 6% in 2021. Beating up on China could derail the forecasted 2021 boom.

But the story isn’t an ‘open and shut’ case because China also depends on the world for its economic recovery after the Coronavirus!

Exports are crucial for 20% of China’s growth of GDP and Donald Trump’s USA takes 20% of those exports. And we have to expect a pretty rough 12 months for the global economy, with the IMF Managing Director, Kristalina Georgieva, forecasting the global recession would be at least as bad as the 2008 global financial crisis, where global GDP growth was at minus 1.6%.

Also China’s Belt and Road Initiative (BRI) which relies on Italy to give the world’s second biggest economy greater access to Europe, is linked to 17% of its total exports. But following the China-Milan source of Europe’s virus problems, that project will have less enthusiastic supporters outside of China.

An inquiry is essential but the timing should be dictated by when the global economy is bouncing back rather than when it’s still struggling to get people back to work and businesses operating again.

Unfortunately however, Donald Trump has an election to win so an inquiry and threats of another trade war are likely. That said, Donald can’t afford to send the stock market into freefall, which happened in 2018 when he last was banging his trade war can.

One final point: when we were last in a global economic jam with the GFC, it was China that rode to the rescue with a huge stimulus spend that was then copied by other governments which had been slow to throw money at the problem, which explained why the GFC went on for so long and why it was so negatively impactful.

I’d get even with China one day by making them embrace the standards on health and good global citizenry that Western countries live by, but I wouldn’t be in a rush to do so right now!