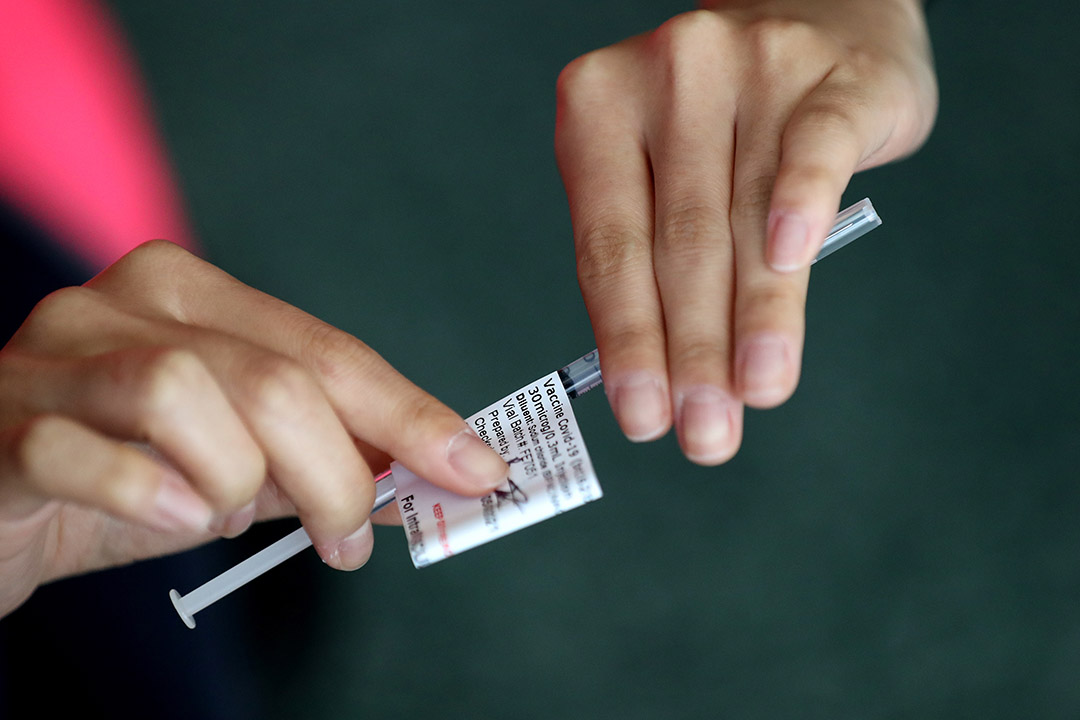 I see the needle and the damage not done

The news that workers can be jabbed in the workplace reminds me of a Neil Young song, with a twist: “I see the needle and the damage not done!” This innovation could not only save lives but businesses, jobs and the economy!

If the Coronavirus has left us with anything positive, it has been how it’s made us flexible and made the word “pivot” the go-to word when it comes to how businessowners and employees explain how they’ve survived the lockdowns that have come with the pandemic.

The latest business pivot is the news that bosses will be given the thumbs up to actually put the needle into their workers in the workplace!

Anyone who’s been watching the great ABC drama The Newsreader see what old-fashioned TV newsrooms were like in the pre-PC 1980s. They get to see how bosses stuck the needle into their employees without fear of harassment cases or accusations of bullying. The actor William McInnes brilliantly plays a bastard boss, who’d never survive modern social media platforms that hate dinosaur employers/managers.

While the McInnes character shows how bosses used to put the ‘needle’ into their staff in those bad old days, for many who want to be vaccinated, this is the needle they have to have.

The AFR’s Phil Coorey says more than a million workers could be vaccinated in the “offices, warehouses, construction sites, factory floors and mines.”

Coorey says it’s been the pressure applied by banks, airlines and supermarkets that has seen General John Frewen (the country’s ‘jab-meister’) give the thumbs up to the plan.

This comes at the right time, when it seems likely that we’ll have 36 million Pfizer and Moderna vaccines arriving on our shores over the next three months. That looks like the early Christmas gift the economy really needs to ensure we see a big economic rebound in 2022.

But what’s even better is that this program will not only star the biggies such as Coles, Downer, Qantas, Virgin Australia, Wesfarmers, Woolworths, Lendlease, BHP, Rio Tinto, FMG and the big four banks, which have spearheaded this jab in the workplace push. It will also include smaller businesses. “Smaller businesses which do not belong to the BCA, such as an accounting firm with 150 employees, will be welcome to join the program,” Coorey reports.

The economic impact of this piece of pivoting can’t be underestimated. Right now, countries like Australia and the USA are experiencing labour shortages because foreign workers aren’t available. And locally, the fears around the virus, as well as employers not wanting unvaccinated employees in their workplace for purely risk management purposes, could mean labour shortages could hold back the economic recovery.

The recovery not only provides jobs, it makes businesses more profitable and helps the economy grow faster to assist the governments of Australia to reduce their huge budget deficits, which have ballooned to help us avoid a potential Great Depression rerun.

Sure, there will be social complaints about forcing as many people as possible to get vaccinated without threatening people’s health, but governments often make decisions for the greater good that offend a minority.

There are Aussies who don’t want to wear seatbelts, don’t agree with speed limits on the road and are intolerant of the way young people behave. But we have laws that respect the majority at the expense of some minorities, and that’s what democracies do.

This pandemic has not only made us pivot in the workplace, we’re pivoting on what we all think has to be done for the sake of the greater good.

Bosses putting the needle into their employees  — (not literally, because medically trained people will do that) could be the jabs we and the economy have to have!