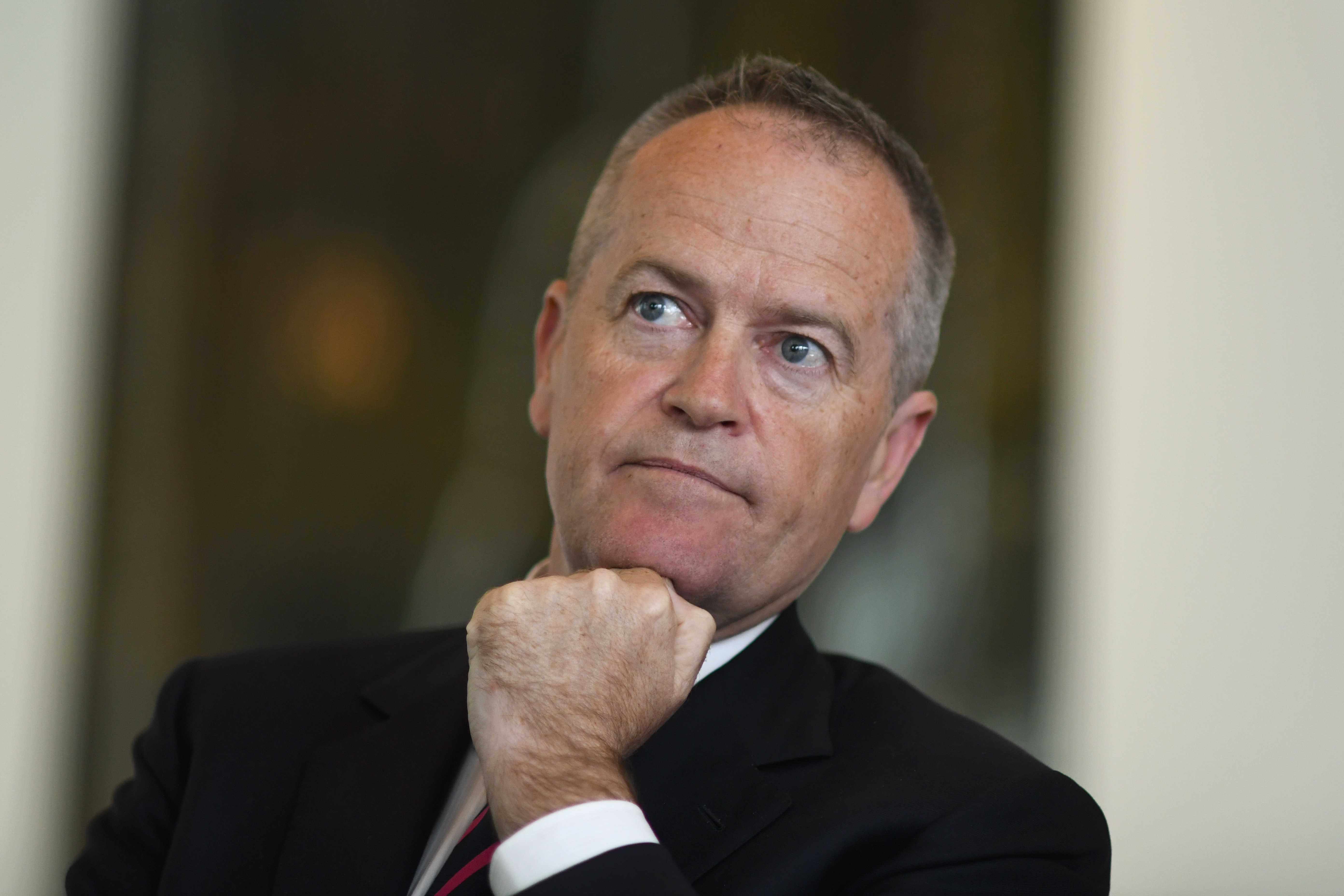 The guys who run my Switzer Dividend Growth Fund did a bit of crowing about how this pretty staid fund, aimed at delivering dividends with a bit of growth had a yield of 8.05% last year. With franking credits thrown in, it crept up to 11.49%.

I was happy to have my name to that result but I was helped by the stock market slump in the second-half of 2018 and a little guy called Bill Shorten!

With interest rates bound to disappoint savers in 2020 and probably a few years after that, I thought how lots of Aussies will miss Bill Shorten this year. This will surprise a lot of my retiree followers, who were petrified that they’d lose their beloved franking credits and ditto for property investors, who hated the idea of his negative gearing and capital gains discount changes.

I also miss Bill because we got some of the biggest readerships on our website when we covered his policies, with an analysis of how it could affect various Australians. “Sorry kids, Bill wants to wipe out your inheritance” was a case in point, with the argument that if franking credits went, retirees would have less to leave their kids when they kick the bucket.

However, Bill’s pre-election threat had a positive effect on the dividends a fund like mine harvests. Lots of companies that had piled up franking credits via the tax they’d paid on profits decided to pay special dividends before the election to get them out of the way.

This meant dividend collectors like retirees and my fund really benefitted from Bill’s threat to take away franking credits. But it also means that investors and retirees, like savers, will have to get used to lower returns in a lower interest rate global economy.

At the start of the year, my fund — SWTZ — had a unit price of $2.23 but it’s now around $2.60. Anyone who had bought into the fund would have made a capital gain of 16.5% and then would get the dividends and franking credits on top.

That’s a huge pay off for a basically careful kind of fund, which would’ve made me happy with a 5% yield plus franking. But that was 2019. 2020 won’t have Bill Shorten to help.

My colleague Paul Rickard thinks dividends from many companies could be trimmed in a slowing economy and since he predicted that, the bush fires haven’t helped the economy over Christmas.

He thinks we should be expecting a return a little less than 5% this year and I guess if the stock market goes up by 5%, which some experts are tipping, then we could have a total return of 10% but the dividend yield is more likely to be half of that.

It’s all guesswork and it’s important to note that in a low interest rate environment, with slow economic growth, dividends could be trimmed. But more importantly, when you go looking for better returns than term deposits, which are under 2%, you are taking on the risk that your capital could shrink.

If the stock market has a shocker in 2020, SWTZ could do a 4.5% or 5% return on dividends plus franking but there could be a capital loss because the unit price drops with the market indexes.

Of course, my portfolio manager invests in quality companies and their share prices should rebound after any big market sell off but you have to make sure that your income flow from your investments can fund your lifestyle.

That’s why a smart investor funding his or her retirement should bank away great returns from years like 2019, when we had Bill on our side, for years ahead that could prove bad for capital gain and miserly for dividends harvesters.