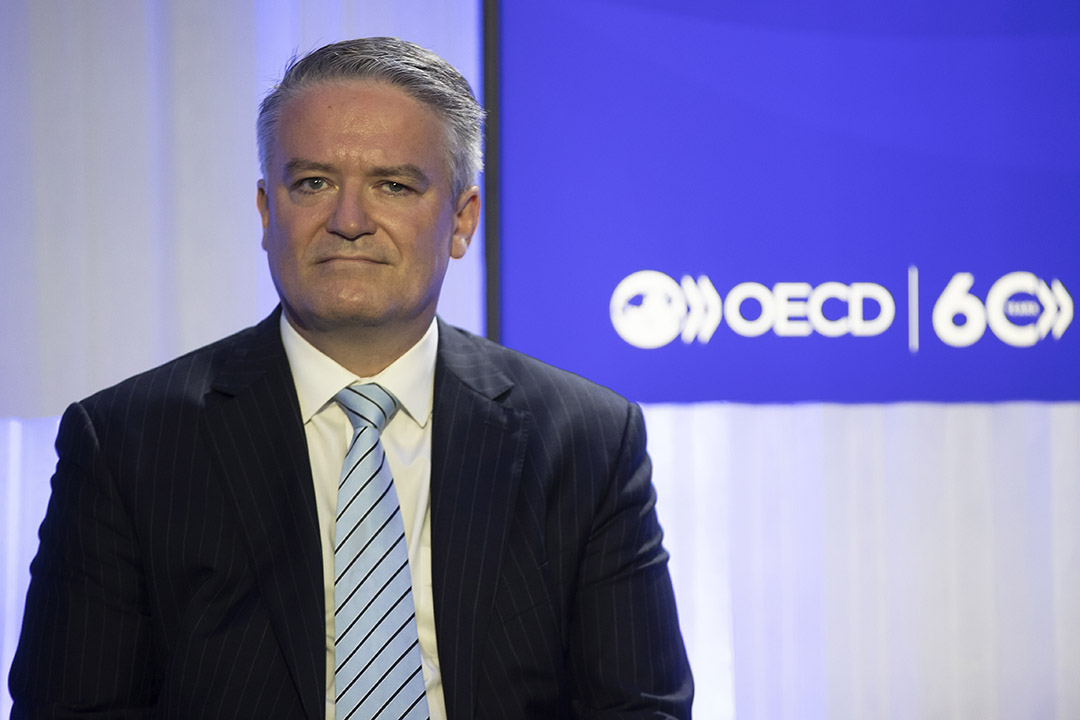 How would you like a big tax cut? Well, cop this!

When he was Treasurer in the 1980s, Paul Keating told us “even the galah at the local pet shop was talking about microeconomic reform”. I’m reminded of this when those same galahs start telling Australians that we need tax reform.

The latest plea for a better tax regime for Australia comes from the Paris-based Organisation for Economic Co-operation and Development (or the OECD for short), but getting us to buy what they’re selling looks really hard for them to pull off.

To put some sugar on their suggestion, these reformers dangle lower income taxes, and who wouldn’t sign up for that?

However, for those who are wise enough to ask: “What do we have to pay or cop to get a lower tax slug in our weekly pay?”, the answer is usually unappealing to the normal Aussie.

The answer is a GST that might go from 10% to 15% that also would be broadened, which is an economist’s way of telling you that it will be levied on a whole lot of stuff that currently is GST-less.

Like what? Let’s get the Australian Tax Office to tell us succinctly what is not GST’d: “Most basic foods, some education courses, materials and related excursions or field trips, and some medical, health and care products and services are GST-free.”

How easy would that be to sell to Australians who have just gone through the trials of the Coronavirus and especially the lockdown-weary Victorians and now New South Wales residents?

Across the ditch, the GST is on everything except “financial services, residential rent and donated goods sold by non-profits.”

As you can see, this isn’t an easy sell and we have to recall how Bill Shorten was given short shrift by voters in 2018 when he tried to take tax credits away from retirees, negative gearing tax concessions from investors and the capital gains tax discount, which lowers an investor’s tax bill.

The polls said that this was the unlosable election but the electorate gave Labor’s then leader a huge “not happy Bill, not happy” kick-in-the-pants, which has taken away most politicians appetite for even uttering the words “tax reform”.

And never forget how Malcolm Turnbull rode into power, usurping Tony Abbott as PM in September 2015 with a huge commitment to “tax reform”, which fell flat when he saw the realities of actually getting us to buy it.

The irony is that his Finance Minister was Mathias Cormann, who’s now the boss of the OECD. But when Cormann was here and forced to answer to us at elections, he dodged GST reform.

“Finance Minister Mathias Cormann is adamant the returned Morrison government has no intention to broaden the GST,” the Katherine Times reported. “The minister was responding to a newspaper article suggesting the government was being urged by the tax office to broaden the GST to some exempt food items to take into account new eating and packaging.”

In fact, this is what Senator Cormann told reporters in Perth at the time: “We have no plans at all to broaden the base of the GST.”

“If we had such a plan, we would have taken it to the Australian people before the election.”

The OECD and economists try to sell tax reform by saying income taxes will fall and it will be great for productivity. But not enough voters care about businesses getting greater production per worker, which productivity is usually seen as. In a wider sense, it’s actually more production and therefore income per every resource that’s used in businesses, but how do you sell this to a voter?

The voter simply sees a 15% GST on ‘stuff’ that used to be GST-free and thinks that one day a different politicians will raise income taxes and never reduce the GST. It’s going to take a politician more loved then Bob Hawke to sell this to us.

And, by the way, Bob deserted Paul Keating in 1985 when the latter was trying to flog us a Retail Sales Tax (which was a kind of GST). Hawke did this because he thought he’d lose the ensuing election.

When Keating lost that potential source of income, he took away tax-deductible business lunches and introduced a capital gains tax, along with a whole lot of other income-based taxes.

The AFR today says the OECD wants “states and territories also…to get on with major reform to scrap stamp duty and move to broad-based land taxes, overhaul land use regulations, and progress legislating mutual recognition of occupational licensing.”

Whatever that last one is, I’m sure it would be a vote-winner — NOT! This call for the states to embrace tax reform usually means more taxes on our properties. And that’s another easy one to sell — NOT!

Because of the Coronavirus and the government spending that was required, the OECD thinks our public debt will be around 60% of GDP (that’s what we produce each year) until 2060, after being around 30% before the pandemic.

The think-tank group says an ageing population is increasing the cost of healthcare. And retirement tax concessions are also not helping reduce the huge budget deficit created by the virus and lockdowns. And that’s why tax reform is critically important ASAP.

As an economist, I think the OECD is right and I know productivity gains will make it possible to raise the incomes of lots of Australians with a lower tax rate, but the cost of this will be enduring a 15% GST.

Regrettably, believing that will happen, is like believing that one day the Wallabies will beat the All Blacks, time and time again! Tell anyone who believes that they’re “dreamin!’”