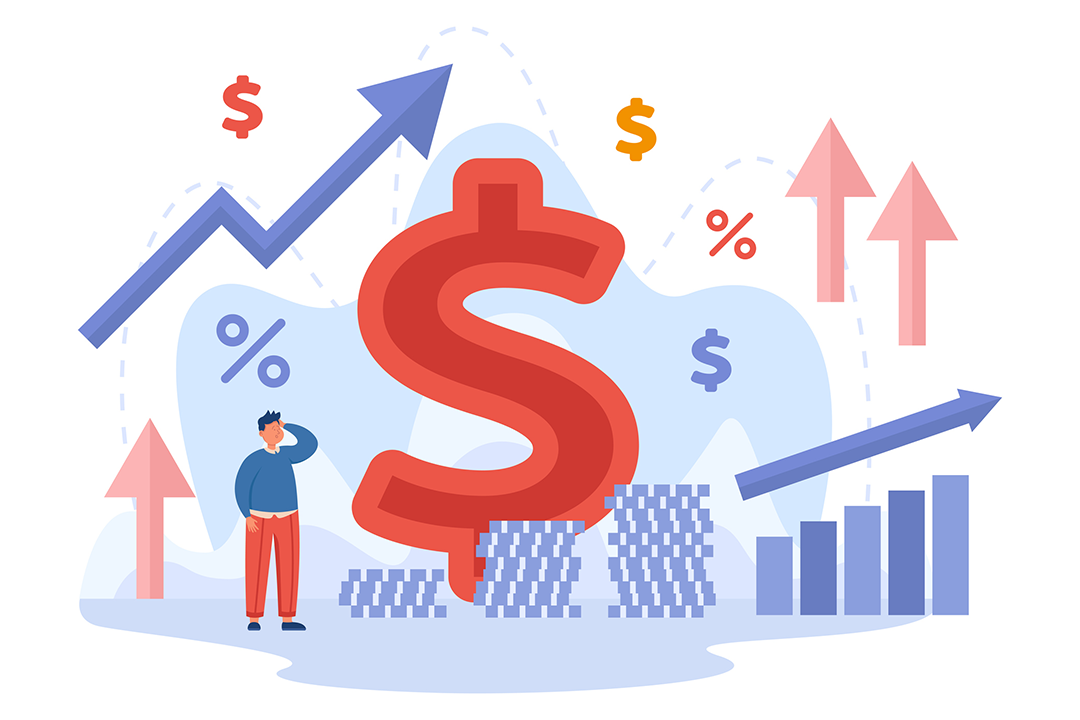 How many more punishing rate rises are ahead?

The RBA Governor Dr Phil Lowe has gone for the guts play, raising the cash rate of interest by 0.5% when two-thirds of 28 economists thought he’d wimp it and go for a 0.25% rise. Dr Phil even shocked the harder head number crunchers like me. While you thought he could go for a 0.4% hike, instead he played ‘follow the leader’ with the Fed in the US and the Kiwis, as they recently went for a half-a-percent increase as a means to beat inflation ASAP.

This ‘no nonsense’ approach does run the risk of hurting the economy more than it needs to, but this interest rate (or monetary) policy is a very imprecise science. In fact, it’s not really scientific at all because we’re dealing with society, with all the psychological curve balls people can bring to a country’s economic table.

The reason for this punishment of borrowers is simple — inflation is made up of demand-driven price rises from confident consumers, which has pushed unemployment down to a historically low 3.9% and taken retail to record levels. This is the part of inflation that Dr Phil wants to lower, and big rate rises will do that.

As I pointed out yesterday, Dr Phil is probably hoping that a big ‘stitch in time will save nine’ small interest rate rises, which could be ineffective in slowing down big-spending shoppers until Phil’s rate rises number four or five. He has to be thinking that a big bump up that shocks the population could help him beat inflation quickly.

If that happens and the cost drivers of the Ukraine war and China’s lockdown problems for the global supply chain gradually become less inflationary, then we might see more stable interest rates in 2023, and until inflation spikes up again.

The 0.5% lift in the cash rate takes the current impost to 0.85% and the chart below shows what lies ahead.

History says the cash rate hangs about 5% or so but from the GFC in 2008, there was a downward trend for a variety of reasons, with one big one being the disruptive effects of the Internet and online businesses, which competed on price.

If you need proof, think of online stockbrokers like Robinhood in the US and our local Superhero that advertise $0 brokerage. And the pandemic has actually pushed more people online than ever before, so it might be possible that 5% cash rates could become 3% or less over time.

Reading through the RBA press release, here were the big points:

1. The Bank expects inflation to rise in 2022 but will then fall back into the 2-3% zone, which is good news for interest rate worriers.

2. Economic growth is strong and is expected to stay strong.

4. Home prices are starting to fall but they’re up 25% compared to pre-pandemic levels.

5. More rate rises are coming as they try to “normalize monetary conditions” away from the emergency settings that were needed with the pandemic lockdowns.

6. And this is the good bit — the size of rate rises and timing will depend on what the economic data readings tell Dr Phil about what’s happening to inflation.

Following the decision, this is what CommSec’s Craig James came up with: “Commonwealth Bank (CBA) Group economists expect the cash rate to rise further in coming months: 50bp in July and then 25bp moves in August, September and November, taking the cash rate to 2.10 per cent by year-end.”

This is their best guess, and it’s a lot higher than they thought only a few weeks ago when their boss Matt Comyn tipped the cash rate would be 1.35%! But don’t get too stressed, this is a guessing game for economists — they do their best to guess what’s happening in the economy for things like inflation but there are so many moving parts that they can’t be certain about what could influence prices.

Like what? Try Vladimir Putin! And then how scared we get about interest rate rises.

Even before yesterday's shock rate rise, this is what Roy Morgan research was telling us: “ANZ-Roy Morgan Consumer Confidence dropped 3.7pts to 87 this week to its lowest since mid-August 2020. Consumer Confidence is now a significant 23.7pts below the same week a year ago, June 5/6, 2021 (110.7) and is now 8.8pts below the 2022 weekly average of 95.8,” the release revealed. “On a State-based level Consumer Confidence was down in Victoria, New South Wales, Queensland and Western Australia, but up in South Australia. Looking at the indicators, confidence about the Australian economy deteriorated in regards to both the next year and next five years.”

Like it or not, we don’t know how this rate rise will affect the economy and inflation, so it’s a wait-and-see game, which is bound to be bad news for the overborrowed and good news for retirees, who’ve been praying for higher term deposit rates better than 1% for over two years.

For those worried about how rising interest rates could cause a recession, economists like Craig James think the fact that we’ve stashed away heaps of savings over our lockdown/JobKeeper days will help keep the economy growing. “It’s important to remember that household deposits have risen 28 per cent or $280 billion since Covid hit in February 2020. If the 50bp rate is fully passed on, it will add more than $6 billion to household incomes – providing a welcome boost, especially to the incomes of retirees.”

But it could make unions become more demanding of wage rises, which will be bad for inflation.

Let’s hope Dr Phil and Craig’s guessing about us and our economy turns out to be right, but you also have to remember that history shows that even economists admit that they’ve predicted six of the last two recessions and many think the profession has been created to make weather forecasters look good!

By the way, I think the cash rate will be lower than 2.1% by year’s end but I have to admit that I’m guessing.