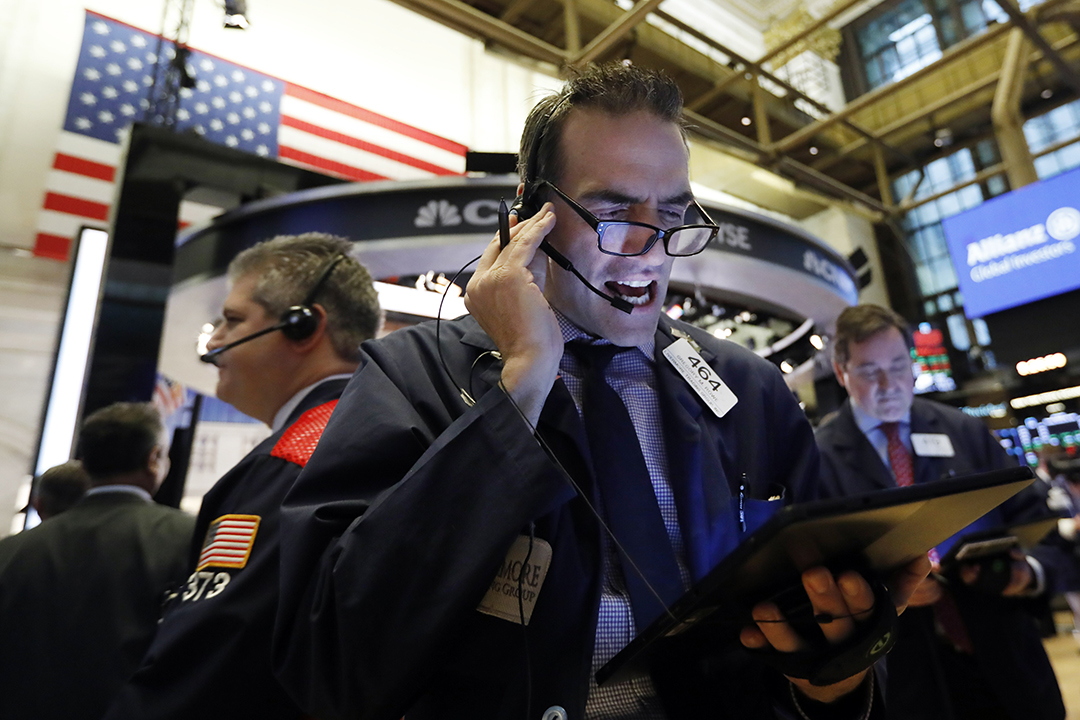 How do the Yanks gamble against the Coronavirus?

Confidence is not an issue in the USA, as the masters of the universe (i.e. the traders on Wall Street) gambled against the severity of the Coronavirus, taking stocks higher, seriously higher! In contrast, local businesses aren’t so cavalier when it comes to the Aussie economy, with the black cloud of the bush fires hovering overhead.

On Tuesday we saw the latest take on business confidence, and it was an absolute shocker. The NAB business confidence index fell from a reading of zero in November to a near 6½-year low of -1.9 points in December. To understand how bad this figure is, you need to know that the long-term average is +5.8 points.

Meanwhile, while this reading gives us a clue about the future for business (and it isn’t great), the business conditions index fell from +4.3 points in November to +2.7 points in December, but it still remained positive, which is at least a small plus.

This number tells us how businesses are feeling about their operations right now, or to be more accurate, over December. The long-term average for business conditions is +5.7 points, so it’s not a great result, but two things should be underlined.

First, it was positive, which is a good thing, considering how dramatic the bushfire season has been. Second, this was a reading for December, when the fires were at their worst. There has been rain, the Federal Government has promised a $2 billion spend (and this is bound to be increased), while the State Governments will also be throwing money at this very big problem.

Of course, Josh Frydenberg and his State counterparts will have to give their dutiful bureaucrats a couple of uppercuts to snap them out of their usual processes that the public service has perfected over centuries of butt-covering, to ensure money gets out as quickly as possible.

This is where Labor and Wayne Swan got it right in the GFC, when cheques were sent out pronto. This contributed to why we were just about the only Western economy in the world to avoid a recession. Sure, we were helped by having China as a customer, creating a mining boom, and we had an impregnable banking system, which we have trashed lately. But that money injection from Canberra then really helped spending and confidence.

What Josh Frydenberg does over the next month or two could have a big bearing on how quickly we see the economy recover and whether we go close to a recession. The latest business and consumer confidence numbers haven’t even helped a supreme optimist like yours truly.

In case you’ve forgotten, the Westpac consumer sentiment number fell by 1.8% in January, after falling by 1.9%in December. The index stands at 93.4 points against the longer-term average of 101.5 points. A reading below 100 points denotes pessimism!

The only plus is that these are monthly reads, while the weekly ANZ-Roy Morgan consumer confidence rating rose by 1 point to 108.3 – the highest reading since early December but sentiment remains below the longer-term average of 113.1 points since 1990.

Managing our confidence levels is going to be Josh’s and the Reserve Bank’s tests over the next month, with the Big Bank set to decide on an interest rate cut next Tuesday.

To the land of optimism, the USA — and Wall Street saw its key indexes head higher overnight.

The only explanation is that the Yanks are eternal optimists and those on Wall Street are some of the biggest!

Undoubtedly this is a gamble on the Coronavirus not being as serious as the SARS outbreak in 2003. There is also the argument that the Chinese leadership learnt a lot from that tragedy. Also, because China is a more affluent economy now, the checks against the virus spreading will be better than 2003 but this is all speculation and gambling!

Helping US investors was another good consumer sentiment number and 67% of companies that have reported so far have beaten experts’ expectations.

That said, this optimism that the Coronavirus will not be a bigger than thought threat to economies, companies and stock prices is a big gamble.