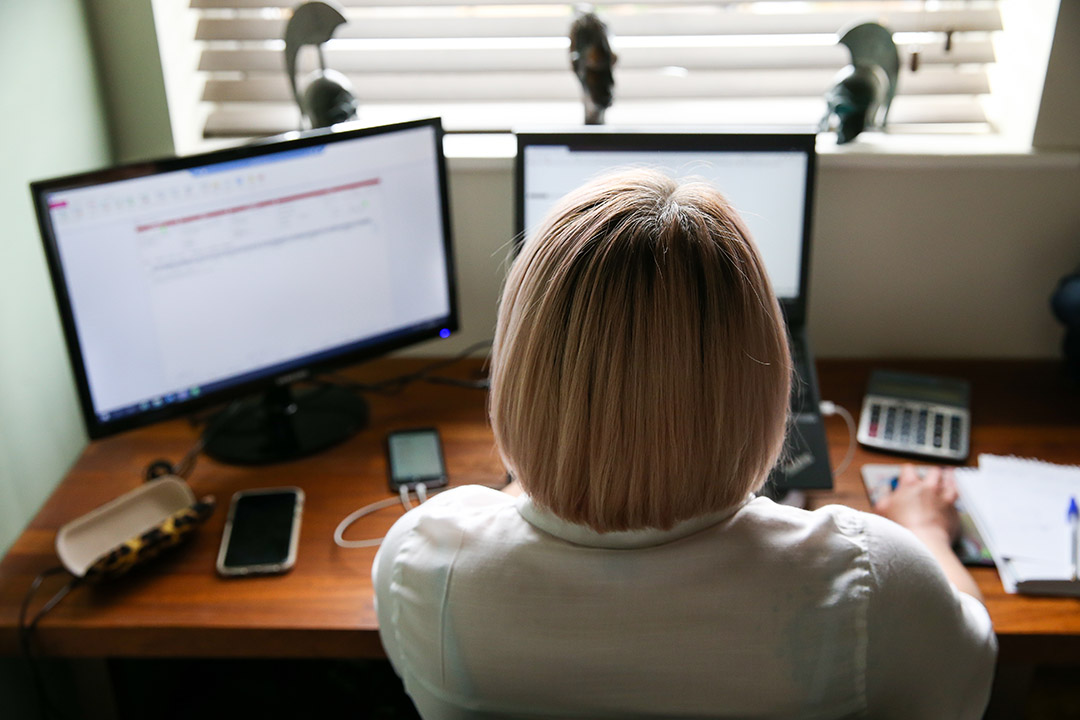 Is this lockdown ‘la-la land’ stuff or is the Deloitte decision to go ‘techie’ on us by telling its staff they can work anywhere any time after life goes back to ‘normal’ a very new normal? And while this looks like something that works for Adam Powick, the new CEO of the big four accounting firm, could he be making the business life of Deloitte’s SME and even its big end of town customers a hell of a lot more pressurised than they’d prefer?

And it goes double for any of the firm’s customers who happen to run businesses in the CBDs of our capital cities, where many owners/managers are reporting to me that their sales are down 50-80%! These people need office workers, and fast!

Now Mr Powick hasn’t told us anything we didn’t know. Ever since the Internet made us mobile and connected, there has been a growing trend for some employees to opt to work from home. Some bosses didn’t give a toss, provided the productivity of the worker in question wasn’t negatively affected.

In fact, some workers were better off being off-campus as they could be negatives for the group effort, even though they could be valuable as a contributor. Or they may be the kind of worker who needs the quiet of a home to produce their best work.

From personal experience, I know that from my early media/writing days, I used to put together my money musings either at home or in my Uni office, and boy wasn’t I shocked when I went to my first Federal Budget lockup and had to be creative surrounded by a bunch of loud, laughing and smoking journalists!

The same applied when I started doing daily morning reports for the Triple M network from the Sydney newsroom. I remember thinking: “How can I seriously criticise Treasurer Keating’s policies while music blasted, the sports guy had soccer from Europe on TV and another journalist was interviewing the Premier of the State, Nick Greiner?”

Later in life as we grew our Switzer business, my home was only a few hundred metres from our office in Queen Street, Woollahra, so I could slip home to write, then jump back into the workplace easily for meetings with staff and clients, as well as lend support to the team.

It maximized my productivity. But if I was 10 kilometres and 40 minutes away from our head office, the results could have been less productive.

And that’s the critical issue for not only businesses but also the Aussie economy.

Earlier this week, I looked at the Treasurer’s Intergenerational Report. This is what I said: “Treasury thinks labour productivity growth will be the problem. It’s tipping that it will return to its 30-year average and contribute 1.5% to annual real GDP growth over the upcoming four decades. This isn’t a great figure for our productivity and helps explain why Treasury sounds a tad panicky.

“In the 1990s, our productivity peaked at 2.4% but has been hopelessly low at 1.2% for the six years to 2017-18. This implies low economic growth, slower job creation, higher unemployment, poor wage increases, greater national indebtedness and lower incomes per head.”

So what will workers retreating to home do for our productivity levels? Well, some of the best businesses in the world — Amazon, Google and Atlassian — have really employee-friendly work arrangements but these are unique businesses that you could hardly argue are unique because of really nice workplaces for staff.

Their outstanding uniqueness came from the brilliance of the idea that their founders brought to the business environment. Their really nice work environments and flexible work systems have helped them attract the best workers and that, along with enlightened leadership, best explains why these businesses are so good. When a business is making super normal profits, they can afford to take the gamble on employee-friendly work arrangements. But most businesses don’t operate off super normal profits.

But most businesses aren’t best of breed. Most businesses aren’t populated by t-shirt wearing Silicon Valley wannabes, so the likelihood of average workers wanting what Deloitte and Atlassian workers are having could become a worrying development over the next few years.

In his great book on the founding of Netflix, entitled That Will NEVER Work, Marc Randolph recounted the story of a valuable employee who wanted to locate to San Diego to follow his life partner who’d been shifted their by her work.

Netflix was then in Scotts Valley near Silicon Valley and Marc said to this employee that it was alright by him to locate elsewhere provided he could guarantee that he would be just as productive in his proposed new location.

The staff member stayed-put, demonstrating that he was very objective about his productivity home and away, and maybe he wasn’t totally sold on his partner’s potential!

The bottom line is that all bosses will have to make a decision about whether the losses are trumped by the gains of a worker doing it from home. Some will gamble that it will be OK but might find that unseeable problems emerge and the arrangement isn’t helping the business’s bottom line.

That could result in the worker being asked to come back to the office or else the boss might think, “I’ve learnt to cope with a remote worker and while it’s adding to costs or not helping productivity, should I go even more remote and hire someone cheaper overseas who has no union representation here?”

Changing the work game means that the rules of the game can change, and it might backfire on some employees over time. It might come back to hurt would-be stay-at-home workers when the economy goes into recession and the business needs to cut costs.

Of course, some business owners/managers, like Adam Powick at Deloitte, might see the pluses of allowing workers to call the shots on how and where they work, but that’s his call. Employees better be careful becoming too demanding on employers who can’t see the upside of higher Zoom bills, new monitoring business systems for remote workers, less personal interaction between team members and greater reliance on mobile phone calls to get answers to important, time-critical questions that end up going to voicemail! An employer who gets one too many: “I’m not able to take your call at the moment, but your call is important to me, bla, bla, bla!” from their home-based employees might not want to keep these employees for too long. There’s a new world coming at a much faster rate because of this damn Coronavirus but it will collide with old world and old-trained business owners and managers, who might take years to adjust to the hybrid way of working.