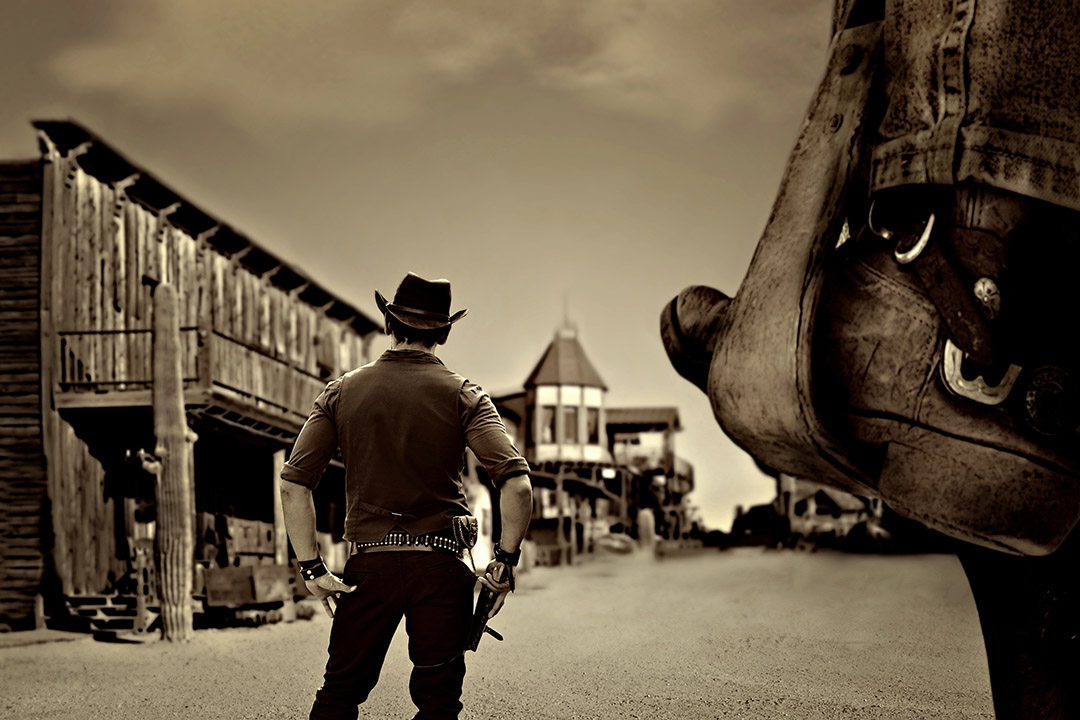 As a child I loved Westerns and I guess I still do because the bad guys cop it in the end and there’s generally a happy ending. Most of us love a happy ending and as we live through this economic-health nightmare ‘movie’ called Coronavirus 2020, let me reveal what such an ending has to look like.

I especially put 2020 in the title because it’s wishful thinking that by 2021 we’ll be seeing the hero/heroine on a white charger coming to the rescue.

No it won’t be Josh Frydenberg, though he will be a part of the possie that will help round up and save us from the two-headed monster that’s facing us all.

Two-headed? One head is the threat to our health and the second is to our wealth/income. The Victorian outbreak and what has followed for its economy, businesses and employees has put an entirely different spin on what the Treasurer will reveal to us at 11am this Thursday.

It’s called a Mini-Budget but it’s more than that. Most Budgets are a plan on what the Government would do spending-wise with the taxes and other income collected from us. Nice big goals, such as working on creating a surplus, are often thrown into the mix, but we usually show interest in the Budget for a day, at least, to see what we’ll get and what we might lose.

But this Thursday’s revelations are much more important than that. Out there in the real world now there are those who can’t ignore the Coronavirus. They are employers with challenged businesses, workers whose jobs are at risk, landlords and bankers whose profits are being diminished being a part of the Government’s rescue programme, charities who are helping those devastated by the impact of the virus and governments right across the country, who have to manage both the wealth and health implications of all this.

Some 3.5 million workers are on JobKeeper and after Thursday some will realise that their $1,500 a fortnight will be pared back. Some might breathe a sigh of relief after hearing that the new programme will be extended to March next year, while others will have to regroup and work out how they’ll survive on less assistance.

Those on the $1,100 JobSeeker will have to adjust to a lesser amount because that’s set to change as well.

Business owners and managers who have been helped by the JobKeeper wage subsidy might have to redo their numbers after Thursday to see if they can keep employing the same number they’ve kept on since the rescue plan was hatched in March.

For months, the media has continually whined about the end of JobKeeper to keep the drama of this nightmare front and centre of people’s psyche. But their worst predictions of an end to the programme and what disasters would follow, were foiled by a smart Treasury that has told Josh that it has been great for stopping massive job losses. But this has to raise the question: “How long can the Government keep covering up the job losses?”

The best answer is until March next year and in that time the hero/heroine needs to get on that damn horse and shoot up that unforgettable bad guy called the Coronavirus kid!

So who is this hero and what is his noble steed? Well, the threats are both health- and wealth-damaging, so the hero is the vaccine and the workhorse has to be an improving economy that replaces the work of the Government and JobKeeper.

So Josh’s steps on Thursday will be to keep the economy heading up — a task made more imperative since Victoria succumbed to individual’s stupidity, security guards’ sexual urges and pretty ordinary leadership at the state level.

And as New South Wales tries to deal with its growing infection threats (without crucifying the parts of the economy that have survived the virus economic effects, and those businesses that are now starting to get back on their feet, such as restaurants and pubs), it’s clear we need another six months of Government support.

Hopefully, in that time, along comes the real hero — the vaccine! The Vaccine Kid has to have the ultimate gun fight at the O.K. Coronavirus Corral, which will send that damn virus to Boot Hill once and for all!

Yeah, I know I have stretched my cowboy movie metaphor beyond acceptable bounds but this is a real life drama that real people, who might be too negative or too ‘off with the pixies’ not worrying, need to see more clearly.

As an educator, I know you have to keep your audience engaged. I learnt if you can trick students to learn via entertainment, then it was worth lowering the tone of an economics lesson. You can’t teach much if you’ve sent your audience to sleep, which many economists and accountants have been trained to do!

A vaccine is the main game. And the news from the 140 research teams out there is getting better by the week.

It’s the main reason why Wall Street and the stock markets it influences continue to defy gravity and the grave fears for economies and companies because of COVID-19.

This is the hi-tech Index for the US stock market. Even despite the Coronavirus economic effects, you can see over the past six months that it’s in record territory!

Sure, many of its big company stocks such as Facebook, Apple, Amazon, Netflix and Google (Alphabet) (i.e. the FAANG stocks) plus Microsoft, have done well with workers locked up at home. If there wasn’t a belief that normalcy wasn’t on the way back, the Index wouldn’t be where it is.

This V-shaped chart best stands for US optimism about the future. And this news from The Guardian overnig