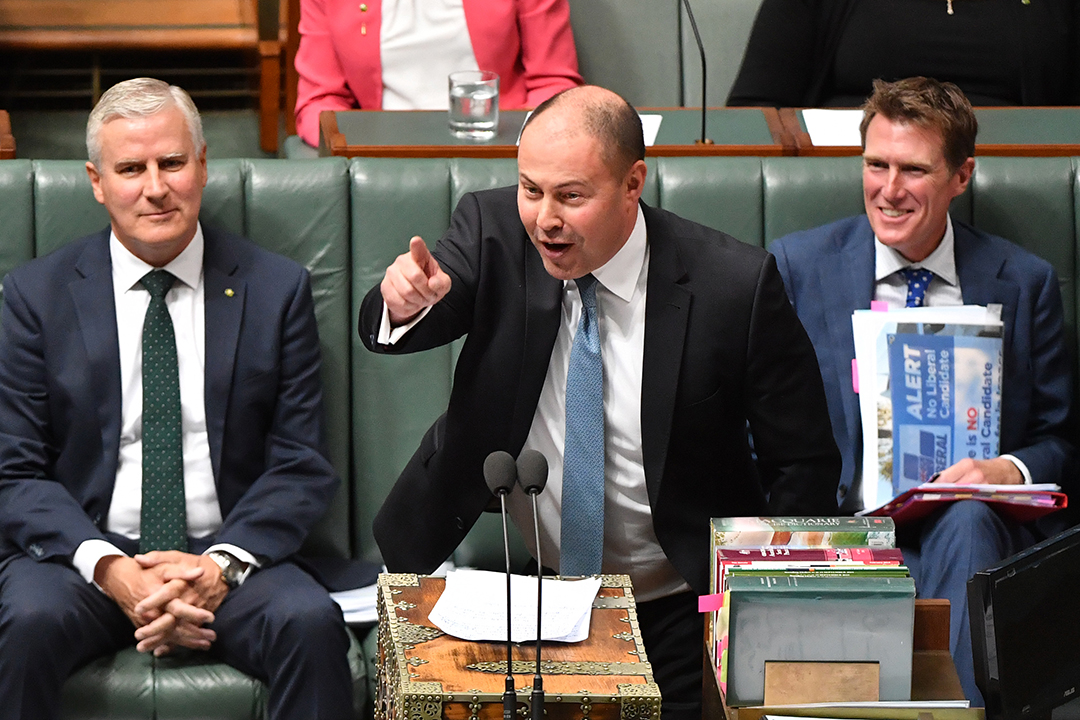 Here’s a spoonful of optimism, Peter

This might be hard for many of my regular readers to digest but over the weekend I received a ‘perk me up’ text from someone who thought I might be getting a tad too negative. That someone was the nation’s Treasurer, Josh Frydenberg, who reminded me that some memorable and positive developments were out there happening.

“Not all gloom and doom, Peter!” the Treasurer texted. He pointed to the AFR story on upbeat retailers. Tick! RBA optimism on growth, Tick! Upbeat profits from reporting season. Kinda tick! Readings from consumers. The levels are still historically low but getting negative, albeit the Westpac number shows pessimists outnumber optimists. Small tick! The stock market at record highs reinforces the RBA’s optimistic view on the economy going forward. Yep, that too deserves a tick!

I needed that, thanks Treasurer, just to keep me on course to my usual sunny disposition. And I’d add that the housing sector is growing in confidence again, with clearance rates near 80% last weekend, the demand for loans are on the rise and building approvals are starting to rise. “They are up by 2.7 per cent from a year ago – the strongest annual growth rate in 19 months,” CommSec’s Ryan Felsman pointed out recently.

And while I’m getting positive again, ANZ job advertisements rose by 3.8% in January — the biggest lift in seven months.

But today we get a very important test and that’s the latest unemployment number. The key number to watch is 5.1%. If it’s lower, Josh will be dancing in Parliament House. If it’s the same, the employment reading will be crucial, along with the participation rate. If we create a lot of jobs but more Aussies go looking for work, which is a great thing, then it can stop the unemployment rate from falling.

But the best psychological outcome would be 5% unemployment or even lower! That’s a big ask but it would mean the RBA wouldn’t have to think about more interest rate cuts. And it would be a strong pointer that the economy is on the comeback trail.

Did I say this month’s number is important? That said, you can never put too much weight on one month’s numbers but I reckon this reading will be given a lot of analysis by the media, business and investors.

Josh has a fair argument to make me less gloomy and he thinks the share market’s optimism backs the RBA’s optimism that we will economically overcome the negatives from the bushfires and the coronavirus. Ironically, what he does with his spending will be important to all that!

But on that subject, let’s see what reporting season is telling us, in order to evaluate the Treasurer’s psychological lift from what stocks have been doing.

Yesterday we passed the halfway mark on the S&P/ASX 200 index, which hit a record close of 7144.6 and some of our world’s best companies such as CSL, Macquarie, and Cochlear, also hit record highs!

The Australian’s David Rogers says “the level of dividend payments, particularly for the top 100” has been the big surprise. It’s timely because interest rates are so low and this in part explains why stocks remain popular, despite a soft economy.

The market assessment is that our bigger companies are doing OK but smaller ones could be feeling the pinch. And this could show up in the second half of reporting season over the next couple of weeks.

Given what we have gone through from trade wars to bushfires to the coronavirus to the negatives of an election campaign that sapped a lot of confidence out of the economy in the first half of 2019, we’ve done OK. And while some economists think the first three months of this year could come in with a negative growth number, most see a turnaround in the second half of 2020.

The seeds for growth are there but we just have to hope that the coronavirus is contained, as last night’s numbers are saying. Then it’s up to Josh and how he restimulates the economy.

Keeping people like me optimistic is a good start but we do need a little more. No, a lot more!