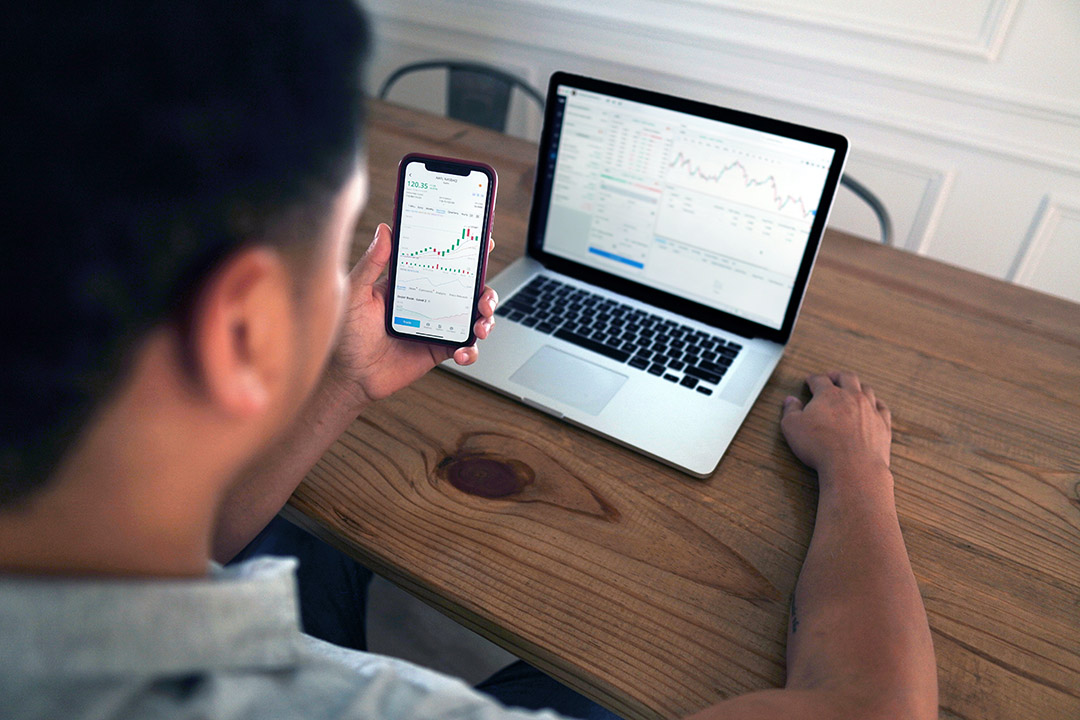 Last year as the stock market rebounded out of the Coronavirus crash that saw the S&P/ASX 200 Index drop around 35% and we were forced into a national lockdown, there was a virtual outcry that millennials were investing like mad men and women.

Of course, no one said it but the implication was that this new breed of investors were nothing more than speculators, who’d get their comeuppance when the market went down another leg down.

At the time, Switzer Daily wrote a piece headlined: “Are millennials ruining the stock market?”

We found the following that:

Seasoned professional investors were looking at the escalation of COVID-19 infections worldwide but the US stock market (and ours) kept going higher.

This chart shows it very clearly.

That market rebound with very little volatility (as the world was being shutdown to beat a virus out of control) perplexed many fund managers and older investors.

Professional fund managers saw it as the silly behaviour of millennials, as they got too engrossed in the stock market. However, I always saw it as a rational response for anyone — be they young or older — who wanted to build wealth. At the time I wrote: “Term deposits are hopeless. People can’t buy homes. So they’re looking to the stock market as an alternative to build wealth.”

On an episode of SwitzerTV: Investing at the time, Pengana’s Rhett Kessler and Montgomery Investment’s Roger Montgomery, featured as guests for a “Bulls vs Bears” segment.

Rhett Kessler (Pengana) took the role of the ‘bear’, stating: “Before it was the Belgian dentists. Then it was the New York taxi driver that you got your stock tips from. Now it’s the millennials.”

Rhett grew concerned that “everybody is having a punt” and made a point that “this isn’t a time for embracing risk”.

Despite being the ‘bull’, Roger Montgomery agreed: “Rhett gave you a demographic that’s pretty responsible for it and I’d say that’s pretty accurate”.

Roger used the example of Hertz, who declared Chapter 11 bankruptcy in May of 2020, and then their share price went up fivefold. “People were punting on the equity not realising that the equity and the capital structure is the last to be repaid,” said Montgomery.

“The speculation in the stock after they announced Chapter 11 bankruptcy just shows you how uninformed traders are at the moment.”

And while that particular trading action underlined that some silly share plays were being reported, history has shown that most of the new participants into the stock market since the bottom of the February-March crash of 2020, have wisely got it right!

Many younger investors went long tech stocks. I recently looked at these groups of tech stocks called WAAAX and ZEET stocks since May 29. The former group are up 62% on average, while the ZEET group are up 18%. So combined that would be a 40% gain, which isn’t a bad pay-off for any newcomer to the world of stocks.

That wasn’t bad given Tyro copped a discredited report from a US hedge fund that had shorted the stock. After the report was countered, the share price rebounded, but this company has been hurt by the lockdowns that stop people going to pubs and cafes, where Tyro machines are used for credit card payments.

Meanwhile, EML has had a battle with the Irish central bank that surprised the market, but this seems to be less of a headwind on the share price.

What the experience with these tech stocks has taught all investors is that if you want to play a theme, it’s wiser to play it diversified. Sure, if the millennial investor went for Afterpay, they’ve killed them. But if they went for Appen, they’ve been killed, share price-wise.

The chart above shows our market is about 5% higher from where the S&P 500 Index was before the crash. That’s not excessive, given record low interest rates and huge government spending. This point is proven even more when you look at the stock market rebound for the S&P 500 Index in the US.

That compares to only 5% for our market. That not only tells me the young excessively confident investors of 2020 totally got it right believing that the stock market was going up. I only hope their stock picking was on the money.

I’m heartened that my Switzer Investing TV show on Mondays and Thursdays now has nearly 20,000 subscribers. These people show up hungry to learn and invest.

The irony of this virus and the low interest rate environment it has entrenched has forced wealth-builders to look at one of the best, albeit one of the riskiest ways to get rich.

I hope these newcomers learn the value of being diversified, invest in quality companies for the long term and, as Warren Buffet advised: “Be fearful when others are greedy and be greedy when others are fearful.”

It seems a lot of young investors got the second part of his advice right after March 2020. I hope on my TV show that I and my fellow experts can pick the time to be fearful when others are greedy. They do look greedy in the US right now, but they’ve done a lot better on vaccinations and avoided a lot of lockdowns.