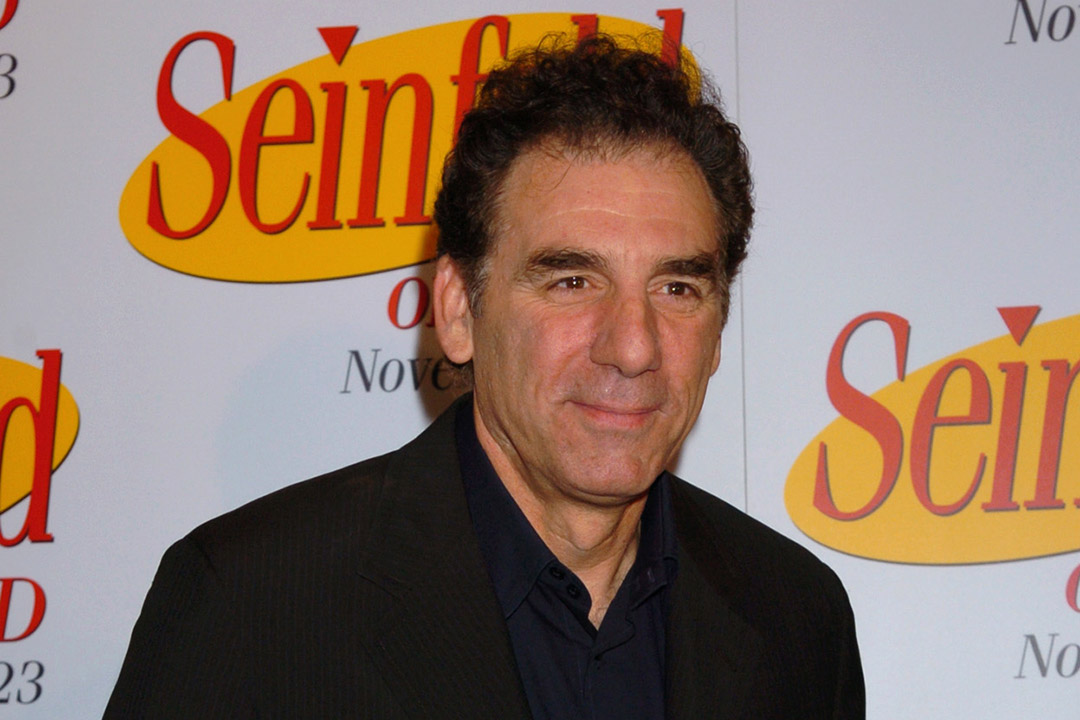 Do you remember Professor Steve Keen who became famous (or infamous, depending on your view of economics and the world) in the GFC when he was quoted telling Aussies that our internationally high level of debt would result in a 30% fall in house prices?

This was a scary time for investors, super members, those who thought they might lose their jobs and business fearing a recession after the stock market fell 50% after the collapse of Lehman Brothers in September 2008.

I was thinking about Steve, with whom I studied and taught with at the University of New South Wales. He was the smartest guy in the room and often corrected our econometrics lecturer, which was no mean feat because that guy was one hell of a smart cookie!

I know in my lifetime I’ve done ‘stuff’ with people and you know they’ve got something like what Cramer from the Seinfeld TV show, who one episode was told he had a magical power that attracted women called the “Kavorka”.

Eddy McGuire had it when I met him as a young sports reporter on Ten and in our Triple M newsroom in Melbourne. And one studio away was the team of the Degeneration (made up of Rob Sitch, Jane Kennedy, Tony Martin, Mick Molloy, Santo Cilauro and Tom Gleisner) who went on to create Working Dog Productions.

Out of this came Frontline, The Panel, Thank God You’re Here, Utopia, Have You Been Paying Attention? and, of course, that great movie The Castle.

These people had so much identifiable talent you would have to be on medication to miss it!

And then there was Malcolm Turnbull (who I captained in my North Bondi Surf Club patrol) and who you knew (whether you liked him or not) was going to make a big splash and it wasn’t going to be purely at the Bondi Icebergs in winter.

Steve Keen had it. It’s why he wrote the book Debunking Economics before the GFC and warned that western economies with big exposure to debt were heading for a fall. He got that right and won the Revere Award, a US-based gong based on a survey of economically interested people around the world. This is how it’s described on the Real-World Economics Review Blog: “The purpose of this poll, the Revere Award for Economics, is to give credit and call attention to the smart guys. The award is named in honour of the American revolutionary hero Paul Revere, who rode through the night to warn of the approaching British army.”

The Real World Economics Review covered the result this way: “Steve Keen (University of Western Sydney), receiving more than twice as many votes as his nearest rival, has been judged the economist who first and most cogently warned the world of the coming Global Financial Collapse.

“He and 2nd and 3rd place finishers Nouriel Roubini(New York University) and Dean Baker(Centre for Economic and Policy Research) have won the inaugural Revere Award for Economics.  It is named in honour of Paul Revere and his famous ride through the night to warn Americans of the approaching British army. Keen, Roubini and Baker have been voted (more than all others) to be the three economists who if the powers of the world had listened to, the Global Financial Collapse could have been avoided.”

Undoubtedly a lot of ‘unreal’ world economists like me didn’t vote but the biased people who voted for Steve and his rivals would be matched by equally biased neo-classical economists in banks and big business.

It’s like the battle for hearts and minds between Sky News and the ABC where there are biased views from both camps driven by their philosophical views that stop them from being balanced on most subjects.

Personally I have argued with Steve from 2008 to now on my various TV shows and podcasts but it never stopped me from knowing that this guy has “Kavorka”, even if he has been trumped by government and central bank policies, which have stopped him from being right with his predictions of doom and gloom.

What’s my point? Well, I deal with a myriad of different people in my business/media life and I’ve realised that average/good performers don’t understand how they differ from those who really achieve at the highest level. Steve might have got some big calls wrong after getting others right, but why has media from our ABC to the BBC to CNN to CNBC all sought his views?

I loved this about him on CNBC: “Last week, a maverick Australian economist named Steve Keen was linked to a paper he had written for a conference to be held in Berlin later this month. The paper, entitled “Instability in Financial Markets: Sources and Uses,” starts with a synopsis of the work on the financial sources of economic instability by the late economist Hyman Minsky. In particular, Keen argues for the Minskyite point that an understanding of banking is central to understanding the economy.”

This then led to a huge Twitter fight between Steve and the famous US economist Paul Krugman that pointy headed economists loved!

He might be wrong and you might hate him but he has made himself relevant and non-average. In his latest recreation/change, he’s focused on climate change and the economic imperatives that make it a number one issue for world governments.

In contrast to the sixty-something Steve, I came across a 40-something professional recently, who had received valuable feedback from someone who was trying to get him to lift his game but he said he was too old to change!

That’s when the penny dropped for me that this is arguably the greatest common characteristic of high-achievers — they’re up for change.

Roger Federer is a guy hungry for change/progress and the Swiss champ of 17 Grand Slam wins changed his coach seven times since he turned professional.

Last year one of his ex-coaches, the one-time serve and volley top seed player, Swede Stephan Edberg, reflected on his time with Roger. “Obviously, he wanted to change his game and that was maybe part of the reason why he took in me to get a few ideas. He knows so much about tennis. So there’s only so much you can sort of teach him because he knows pretty much everything on the court. Once you get older, you need maybe to change your game. He switched racquet to more of a modern racquet that was really key. His movement got a little bit more aggressive, which I think he needed to do.”

Great leaders are always looking to lift their game and the author of The 21 Irrefutable Laws of Leadership, John Maxwell, says leaders are into self-leadership — change — and they’re great listeners. That’s why they choose to hang out with better people than them, in certain important areas and they learn from them.

One of my greatest gifts bestowed upon me via my media exploits that started in 1984 with an education special I did for the Daily Telegraph was that in trying to find out how the economy and financial markets worked to teach it to others via my writing, radio broadcasts and TV work, I was constantly in the company of high achievers, listeners, leaders and changers.

And when I was asked to edit Australian Small Magazine and then be the Small Business Editor for The Australian newspaper, while building my own media business, I got to meet unknown business start-up people like Aussie’s John Symond, Wizard’s Mark Bouris, David and Cathy Harris of Harris Farm Markets, the late Carla Zampatti, Janine Allis of Boost Juice and many, many more.

The exposure to the greats of business, investing and the media was a saloon passage to success. However, on reflection, it was not only my and our family’s good luck to get to hang out with great role models and success stories of Australia and even the world (when I throw in the likes of Richard Branson, Jack Welch, Simon Sinek and a whole lot more), it was also my willingness to listen, learn and change that best explains why I’ve got lucky.

The great golfer was famous for telling us that “the harder I practised the luckier I get” but you could change that to: “The more I practised to be better. the more successful I became.”

The lesson? Do you darndest to hang out with successful people — they don’t have to be famous but are simply great at doing what they do — and be up for changing yourself, no matter what your age.

Ironically, it won’t only make you win more often, it will keep you young in the head and undoubtedly younger and potentially more competitive than anyone who was like that 40-something who thought he was too old to change.

P.S. If you want to hear my podcast interview with Dr Doom, Steve Keen, check it out. You might not agree with him but he does offer a surprising view on house and stock prices, as well as when the next recession might show up.