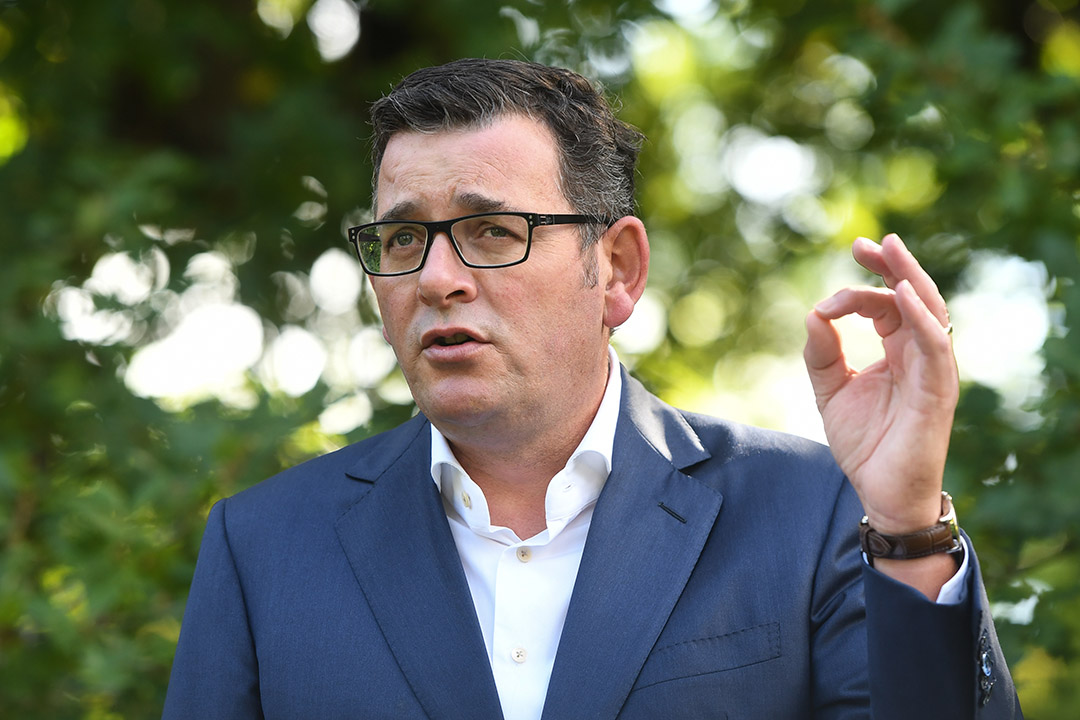 Has Dan’s disaster created a property bargain basement in Melbourne?

In case you missed it, I was ‘Danned’ last week by Premier Dan Andrews’ 5-day lockdown that not only meant I had to do my Monday Switzer TV: Investing show by Zoom from my Melbourne office (the programme now attracts over 17,000 viewers a week), but I also had to drive home on Tuesday and self-isolate in Sydney, in the same way as if I was locked down Melbourne.

Thankfully, I was ‘released’ by Premier Dan on Wednesday at midnight. During that time I reflected on the implications of Victoria’s struggles with quarantining and the Coronavirus. And seeing the businesses frustrated by the imposition of five days of restrictions, it underlined how important beating this virus is.

And it was particularly rammed home on Saturday as we searched news outlets for the latest on the number of COVID cases in Victoria, while finding out that Gladys Berejicklian was easing restrictions in NSW!

This whole experience made me live through what I’d been showing in a chart for months on Saturdays when we send out my Switzer Report to my stock playing subscribers. It comes from AMP Capital’s Shane Oliver and its our economic activity tracker.

The chart below shows how the national shutdown in March KO’d economic activity, the stock market and house prices, with the CBA predicting that the very worst-case scenario could bring a 30% slump in what we were willing to pay for bricks and mortar assets. You can see the slump but you can also see our V-shaped bounce-back, which flattened out in July, turning our V into more like a Nike swoosh! That flattening out was Victoria’s second lockdown and clearly links beating the virus to economic activity, job creation, confidence and what we pay for assets such as stocks and property.

Given who I am (an economics and business junkie), two stories this week made me sharply focus on this lockdown experience.

The first was the CBA prediction that the Melbourne property market will lag the rest of the country and that TV presenter Catriona Rowntree, who returns with the 30th anniversary of Channel Nine’s Getaway, did something I’ve been pondering, given the influence of Warren Buffett over me and my investing strategy.

Warren’s quotes all make terrible sense, and I find they are great rules of thumb for working out whether I should or shouldn’t invest.

It led us to buy stocks in April, after I saw the market was positively responding to government stimulus programmes (federal and state) and the RBA’s rate cuts. But this week I pondered if this “Buffettism” would be appropriate for buying inner city apartments.

These are quality assets and are at reduced prices for a variety of reasons linked to the virus and a hell of a lot of fear!

Prices are down in the city apartment market for the following reasons:

But the question is: when will all this change? And if and when it does, will demand for these properties eventually rise taking prices higher with it?

That’s where Catriona comes into my story, as the SMH revealed that she had bought an inner-city apartment in Melbourne. And this made me think — was she taking Warren’s advice?

My best guess is that over time vaccines will help normalcy return, along with students, tourists and a whole lot of people from Asia and Europe who think Australia and New Zealand look very attractive. These new arrivals will replace any scaredy cat Aussies who will remain workers from home and this will help inner-city property prices make a comeback.

As Warren advised, it’s wise to be greedy when others are fearful, and it works just as well for property as it does for stocks.

So, that’s my best guess. This can’t be seen as advice, but it could be called an enlightened educational view. And if you’re going to play property, it might be useful to note the seven things Shane Oliver has discovered about our property market.

Before that let me show you a chart that shows what happens to capital city home prices.

Shane is in the “prices will rise” camp and here’s why: “Put simply – record low mortgage rates, multiple government home buyer incentives, government income support measures, pent up demand from the lockdowns, bank mortgage payment holidays, activity associated with a desire to “escape from the city” and an emerging element of FOMO (fear of missing out) have swamped the negative impact of higher unemployment, a collapse in immigration and weak rental markets in Sydney and Melbourne.”

This chart of vacancy rates show Sydney’s and Melbourne’s rates are rising, while the other six capital cities are seeing falling rates. And this affects prices.

But remember, what goes up, can go down. But when it comes to quality assets, they do go up again on a rising trend over time. This has to be an unforgettable lesson for all investors and even property players.

And maybe this one for Sydney house prices will drive home the lesson even further.

What’s driving this surge in Aussie home prices?
How to fix up the WA voting system
Dan Andrews & Facebook: what do they have in common?
Can playing stocks help young people beat the house price boom?
Could Albo lose his job over JobKeeper & his new advertising campaign?