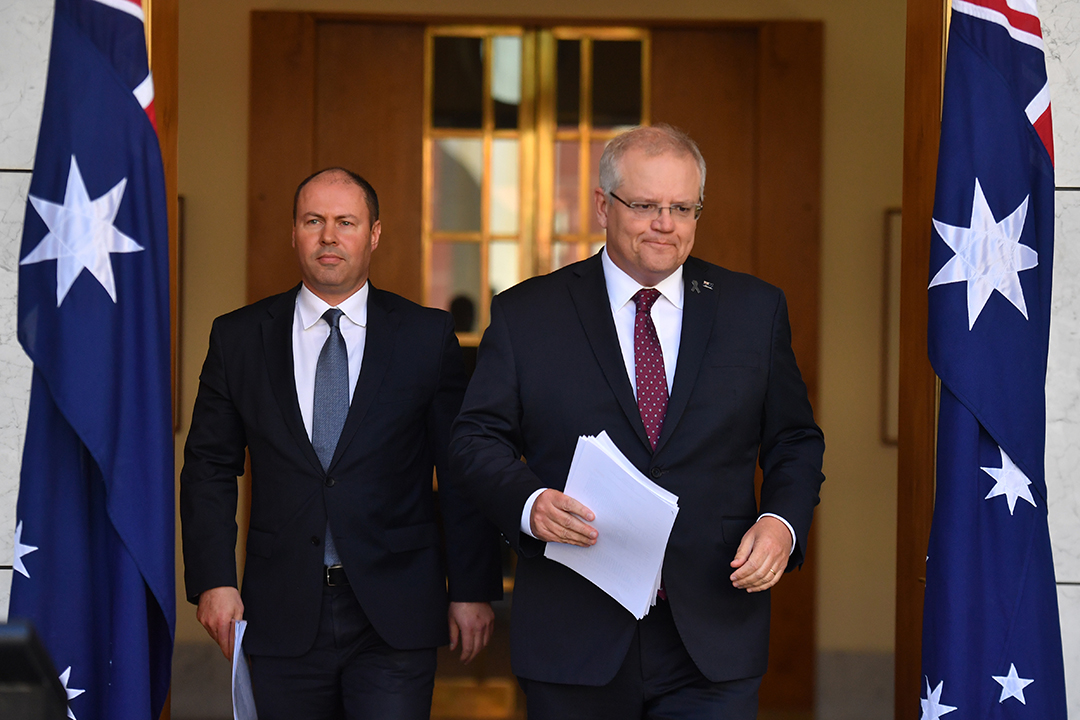 This whole fight against the Coronavirus hopefully goes down as a creditable chapter in Australia’s history. Maybe it will be remembered with not only solemnity because of the loss of lives but also with pride with which we took on the enemy.

The parallels with the ANZACs, however, with more success, can’t be ignored. It was national effort and it involved real sacrifice and for once, our leaders largely did us proud. Even The Project’s Waleed Aly, who can often find issues with Coalition politicians and conservative politics, largely praised the Government’s efforts on an ABC radio programme over the weekend.

It comes as leadership — both Federal and from the States — is calling on us to sign up for the app that will help track and contain the spread of this virus. And while I don’t like anymore intrusion into my life than what Apple, Google, Facebook, Linkedin, Microsoft, ASIO and CIA have undoubtedly already, if I can give up something to get us all back to work, footie and travelling overseas again, I’m prepared to sign up for it.

OK, that’s me and my preparedness to sacrifice for the common good. I’m also prepared to go soft on the Government for some of the mistakes it has made on the run in trying to kill the COVID-19.

Those mistakes were because they’d never had any training beating a pandemic so they basically shot first, when it came to closing the economy and creating the stimulus packages, and asked questions later.

However, business people have to work through the implications of these policies that were understandably made on the run.  These real business people had to make these policies work in the real world so there was bound to be concerns about some of the aspects of ScoMo’s rescue package, which would’ve been dreamed up by money-worrying public servants, rather than people who actually understand business.

One mistake that has been addressed overnight covers the big problem that, in some cases, JobKeeper payments were bigger than the usual wages paid by many bosses to their employees. What has been a real worry is that these employers looked like having to pay the extra wages for four weeks before the ATO gave them the promised money from the Government!

Under the deal, the ATO wasn’t going to rebate the employer until the first week in May but employers had to pay employees $1,500 from the first fortnight in April. This was a big mistake a Government can make ‘on the run’ when they’re trying to beat a pandemic.

The creditable part of the story is that the Government is listening and has changed its policy.

When I’ve copped these curve ball questions from readers on my website, TV shows and when I’ve played radio Russian roulette in answering these stimulus package questions live-to-air in recent weeks, I go straight to the text-line I’ve been given to Josh Frydenberg’s team so I can give them feedback and try and get answers.

And this was the change that they text back to me this morning at 7.30 before I was lined up to talk about this very topic with Alan Jones on 2GB, 4BC and 2CC this morning at 7:55 AM. “The Commissioner has extended the time to enrol for initial JobKeeper periods. From 30 April 2020 until 31 May 2020. If you enrol by 31 May you will still be able to claim for the fortnights in April and May, provided you meet all the eligibility requirements for each of those fortnights. This includes having paid your employees by the appropriate date for each fortnight.

Now this is typical public service language but it looks as though if an employer can’t make the cash flow work over April to cover the intended JobKeeper payments, as long as you make those payments by 8 May, and that’s AFTER the ATO has sent you the money, then you can stay in the JobKeeper programme.

This is wise listening to feedback and altering a policy made on the run. It’s a sensible and swift backdown on a policy process that was flawed when applied to the real world.

You can only hope that this higher level, more receptive leadership, clearly driven by the importance and imperative associated with the threat of the Coronavirus, is sustained when normal times return.

Not forgetting the tragic loss of lives, this damn virus might have an enduring positive effect on the calibre of politics in this country. Imagine that!