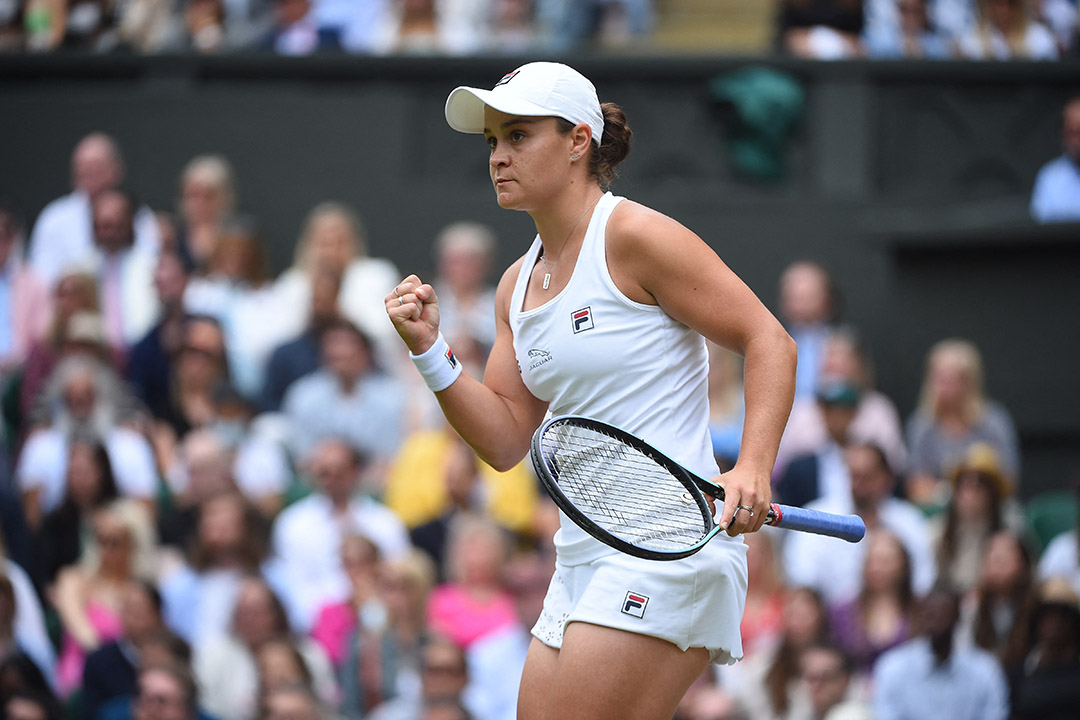 Come 11pm on Saturday night, I’ll join millions of Australians rooting for and cheering on Ash Barty as she attempts to be the first Aussie lady to win the Wimbledon crown in 50 years. I remember watching Evonne Goolagong beat the once unbeatable Margaret Court on TV as a youngster — it was a classic underdog victory we love and especially so when it’s one of us!

These recollections came back to me as I thought about the news of someone I know very well, who not only will be watching Ash on Saturday night because he’s a sports nut, but he’ll be thinking about an enormous upcoming event that could entrench him in the rich list in this country for a very long time.

Like many of us, I’m a sporting tragic but I reckon I’m an Aussie success story tragic even more. And it’s why unlike enough of us, I can get really excited about Aussie actors winning Academy Awards, even if it’s a Kiwi like Russell Crowe!

I love it when we have one of us as the boss of the World Bank like James Wolfensohn, the CEO of Morgan Stanley in James Gorman and someone like immunologist Professor Peter Doherty takes home the Nobel Prize for working out how the immune system recognises virus-ridden cells. This seems so much more important after living over 15 months with this damn Coronavirus!

And as someone who pioneered small business success stories in Australian newspapers in the early 1990s when I was small business editor for The Australian, I especially get excited when a local operation kicks butt on the global stage. It’s especially heartening when you have a personal relationship with the high achievers.

Over the years I’ve met and watched aspirational Aussies have a dream to build a successful business and then proceeded to create something that maybe only they could see was possible.

I saw it with Mark Bouris with Wizard, John Symond with Aussie Home Loans, Janine Allis with Boost Juice, Nabi Saleh with Gloria Jeans, Gai Waterhouse with her racing operation and now a virtually unknown Rob Deutsch, who along with his co-founders — Adam Gilchrist and Luke Istomin —founded gym business F45.

You’d have to be off with the pixies not to have seen the red, white and blue banners of F45 businesses around the country. But the business isn’t just an Aussie affair, following the arrival of Hollywood blockbusting actor Mark Wahlberg who bought into the business in March 2019.

“The deal for the closely-held company, which was founded in Sydney in 2012, values it at roughly $US450 million ($634 million), according to a person familiar with the matter,” wrote the SMH’s Gillian Tan at the time. “Founder Rob Deutsch said in an interview that F45 had been searching for a strategic partner for more than two years when its patience paid off with Wahlberg.”

It seemed like a good idea at the time for Marky Mark, as he used to be called, but he must have spat chips when the Coronavirus came along with its lockdowns and social distancing restrictions.

But that was then. This is now. And we’ve just learnt that Wahlberg is planning to do an IPO on the New York Stock Exchange and F45 has a prospective value of as much as $US1.5 billion! That’s about $2 billion Aussie! And it will be another great payday for Robbie, as The Australian’s Melissa Yeo has pointed out.

“Wahlberg, who has been a supporter of the chain since early 2019 through his MWIG, and other key shareholders such as co-founder Rob Deutsch and Gilchrist will retain 72.4 per cent of the free float, while Caledonia, run by Sydney richlister Will Vicars, is among potential new investors, said to be mulling an investment of up to $100m in the IPO.”

The back story of F45 is a great one. Starting in Sydney’s Paddington, Robbie and his co-founders pioneered the 45-minute workout using TV-technology and state of the art training and fitness processes.

The growth came out of a reliance on the franchise model but from the outset the owners attracted big names of sport and other celebrities to buy the franchises. And the business as well as the brand grew fantastically. At the end of the 2020 financial year, F45 had 785 local franchises and 2,800 globally, with a US headquarters in Austin, Texas, where Gilchrist steers the ship.

In a world where there seems to be too many fitness centres popping up as a big chunk of the working world has retreated to their homes to do their work (which once happened in CBD workplaces), F45 seems to be growing while others are struggling.

And maybe it’s the company’s IP that partly explains the success story.

The founders conceived their business idea as not just a workout technique or a franchise of gyms, but F45 is a fitness community. And importantly, they used an IP specialist — Spruson & Ferguson — to make sure their intellectual property was protected. This helps to explain a potential billion-dollar listing.

That protected IP has helped F45 grow its innovative reputation and brand, fend off competitors, increase its net worth, secure its investment, attract talent and become an international success story.

Rob was always unbelievably competitive. He was softly spoken, but on the cricket pitch he was focused, determined and as hard on himself as he was on his ‘enemies’ on the field.

Off the field he was a gentleman. But on the field he was there to win. It’s no surprise he has taken his standout competitive spirit to create a world class business. The fact that he was able to attract an internationally renowned competitor in Mark Wahlberg reinforces my take on Rob.

Marky Mark in 2012 was bench-pressing 335 pounds! He works out twice a day, eats six to seven times a day and reportedly has a net worth of $US300 million.

Talking to Rebecca Sullivan at news.com.au, Rob summed up what he did that others have to do:

“We’ve created a way to get people to want to come to the gym. Our clients actually turn up,” he said. “Globally on average people turn up to normal gyms once a month. At F45 people turn up more than any other offering, about three times a week.”

Simon Sinek has made the point that people don’t buy the “what” you sell, they buy “why” you sell it.

Rob, who was once a big four accountant, became a gym junkie so he knows his customer base. And it explains why F45 has done so well.

“People want an experience and they want to feel a part of a community. It’s not just putting your headphones on and throwing around dumbbells,” he told Sullivan.

“Our clients become friends and they start hanging out and have coffees before and after sessions. Through this cult-like environment we have built a really strong community.”

There’s a great ad on TV right now for the Australian Air Force where the departing line goes: “If you want more, do more!”

People like Rob Deutsch and Ash Barty wanted success deep down and they have effectively willed it to happen.

I love it when anyone does this sort of thing, especially when they’re Aussies. And it goes double when it’s someone you’ve known since he was a little boy. Like Ash, he’s done the special things to make a big dream come true.

And while their own achievements are great in their own right, the bit I like best is that they’re great efforts will inspire others to dream big and achieve beyond normal people’s expectations.

I know this might surprise many but while Ash will inspire future sporting winners of the future, which is great, stories like the team behind F45 could inspire thousands of other start-up businesses, create heaps of jobs, billions of exports and a lot of material comfort for those who end up going along on those future business rides. That’s spectacular!