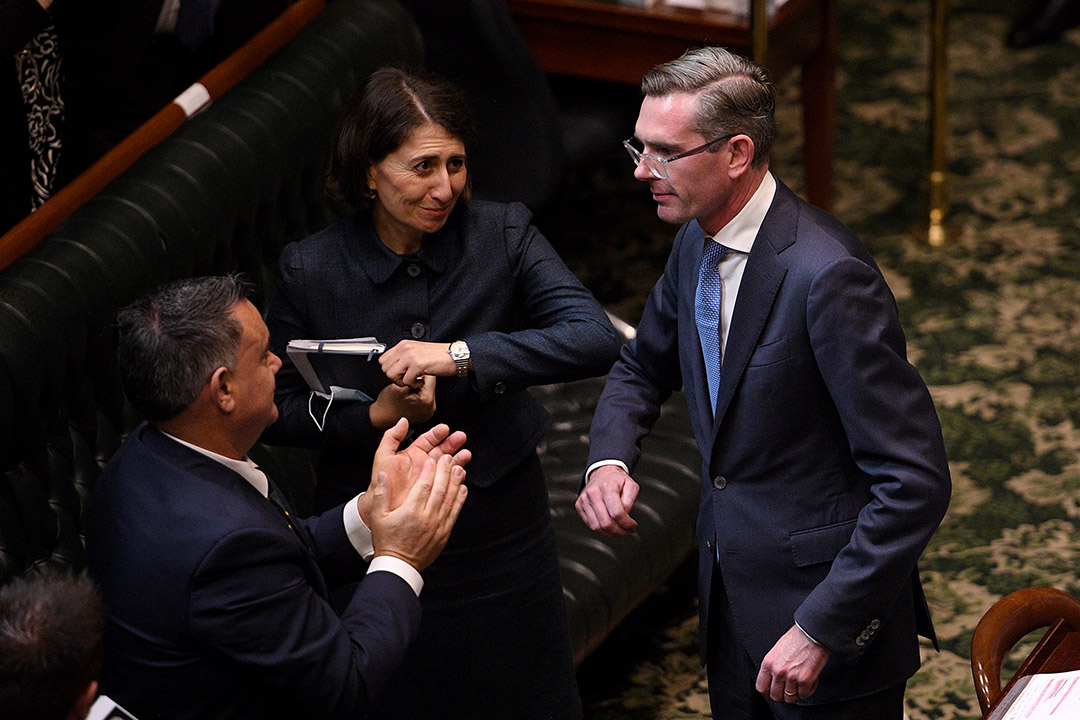 We saw it with the Federal Treasurer Josh Frydenberg’s Budget and we’re seeing it now in NSW, with more money being thrown at the COVID-caused crisis, despite the fact that we have a booming economy and property market.

The only reason I can suppress my normal economist tendency to warn that this is over-the-top spending is because “this time, it’s different!”

In case you aren’t aware of it, these are fatally dangerous words for an economics or financial market commentator because history has usually shown that what we saw in previous economic/market crises, which seemed different, in reality were just variations on an old theme.

But this time it is different. Why? You have to go back to 1918 to get a pandemic-smashing of the world economy with the so-called Spanish flu. But then they didn’t close down businesses and economies causing a government-imposed recession.

And there has never been a concerted global, government spending programme like the one we’ve seen following Covid-19 to create a big bounce back of economies. Also, interest rates have never been cut to these levels, with central banks colluding to keep the price of money lower for longer.

It’s now 0.1%! Did I say this time it is different? This chart shows it clearly!

That’s why it’s helicopter money sprinkling on us again in the NSW Budget to continue the Coronavirus-created stimulus that started in 2020. But rather than being suspicious of big spending politicians, who might be trying to suck up to voters for an eventual election, economists like me are all for the money falling from the sky.

For the upcoming financial year, the NSW state deficit will be $8.6 billion, which is up from the $7.9 billion this year.

But this is half of what was expected! Why?

Well, on one hand, the money is going out with $100 vouchers for pre-schoolers to learn how to swim, $2.1 billion for 44 new and upgraded schools and $10 billion for health infrastructure (think more hospital capacity to cope with the sick and injured).

On the other hand, money has been coming in. Where from?

Try stamp duty from the booming property market and the fact that overseas travel loving residents of NSW can no longer spend the money they used to give to foreign countries.

If you want to understand why politicians like property booms, check this out: “Stamp duty has earned NSW $9.379 billion for the 2020-21 financial year. The tax is now the state’s largest taxation revenue source.” (abc.net.au)

Also, money collected from tolls will rise 8% a year for the next four years!

In fact, the money coming in is so good that the Treasurer Dominic Perrottet tips a budget surplus by 2024-25 of half a billion dollars!

He says keeping the borders open has helped economic growth in the state, but the help from the Federal Government’s JobKeeper has also played a big part.

The overall economy is expected to grow at a huge 5.2% in 2021 and NSW (being the biggest state) benefits from that growth. And low interest rates from the RBA has sparked the ‘fire’ under property prices.

There are some good initiatives like the ‘learn to swim’ program, and I like the CBD assistance idea, which means $100 vouchers for city workers to spend on long lunches on Fridays plus $100 accommodation vouchers to encourage NSW residents to spend a night in a city hotel.

And what was the best investment tip out of this NSW Budget? Invest in car companies, which are all getting into electric vehicles. NSW will spend $500 million on an electric vehicle policy to increase the buying of battery-charged cars as the government moves toward net zero emissions by 2050. And this is only one government in a world full of governments that are all signing up to zero emissions by 2050.

Politicians chasing voters who are becoming increasingly committed to a greener carbon-cleaner world will be making it easier for car companies to sell EVs to us. That should be good for car company profits and share prices. Sure, these share prices have already taken off on the announcements that they’ll be making EVs, but this is only the tip of the iceberg. Unlike most icebergs of the world, this one will be getting bigger rather than shrinking.