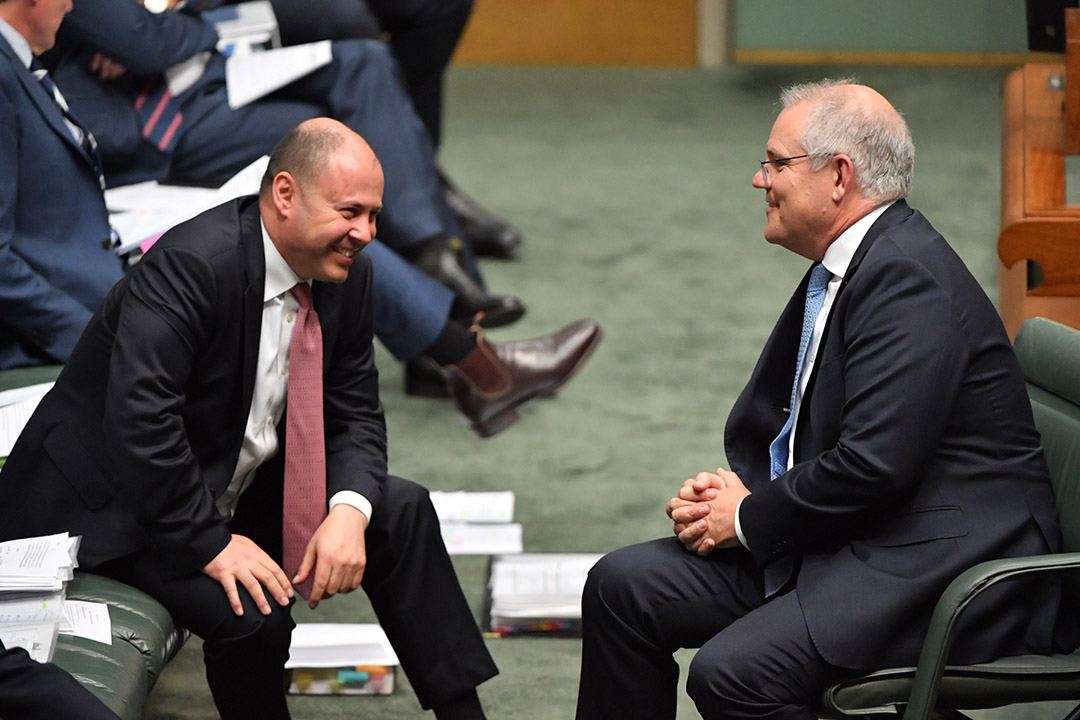 Get ready to be excited by this great budget news

Soon I’ll be walking up William Street in Sydney that leads to the city’s famous red light district — Kings Cross. And it’s at a time when the strippers, hells angels and nightclub bouncers have given way to a yuppification process that screams positivity for a suburb.

And as I walk to get my car, which has been serviced in a side-street off William Street, I’ll be thinking about today’s Budget show-and-tell and one of our great poets, Kenneth Slessor, who penned one of my favourite poems called William Street.

Today is the Treasurer’s mid-year show-and-tell, where we’ll learn about how well our economy is doing. And you can bet the numbers shown today won’t be accurate and, in all likelihood, will be understated! What? A politician will gild the lily less than they do in most circumstances?

Yep, when it comes to budget predictions, a Treasurer is better off being conservative on their forecasts for economic growth, unless it’s an election year and the economy is really doing poorly. Then a politician will promise blue skies and sunshine are coming, even if it’s highly unlikely.

But not so when doing a budget in the first year after an election. I recall when Scott Morrison punched out his first Budget as Treasurer to then PM Malcolm Turnbull. He came on my Sky Business TV program and I reminded him that when I taught him I’d tell students that it was in the best interest of a Treasurer to understate the growth numbers because if they turned out better than the forecast, the budget bottom line would be better.

And it could lead to very positive headlines about the prowess of the Treasurer. Of course, if Josh Frydenberg’s forecasted $213.7 billion budget deficit ends up being a lot less, he could hope that those of us with more than one eye might think: “He’s a genius!”

Well, maybe that’s being more excitable about economics than most but a lot of people might think he’s not a nincompoop and could even be a worthy PM one day.

That’s what he’d have to aspire to. And it’s what a lot of insiders think is a possibility. And his job rebooting the economy after the Coronavirus came to town has been a pretty good addition to his CV.

The power of our economic recovery, which he, the PM and most state Premiers had a hand in, has pushed the Budget Deficit, which was tipped by the Treasurer, only in October, to be a huge $213 billion, is now expected to be under $200 billion. This is the key message from the Treasurer’s Mid-Year Economic and Fiscal Outlook (or MYEFO) and, ironically, a big helper for this better-than-expected result is China.

In reality, the big star in this better budget story is the stronger rebound of the economy that we’re told will save the Government $10 billion on lower JobKeeper payments, as unemployment is 7%, which again beat more negative expectations that even Treasury had.

And imagine how good our economic recovery and budget stories would’ve been if Victoria hadn’t had its second-wave problems!

This crisis for our second biggest state economy shows how important the fight against COVID-19 has been for our economic rebound. And I know many of us questioned the tactics of Queensland’s Annastacia Palaszczuk, and WA’s Mark McGowan has annoyed business leaders and interstate travellers. But even though NSW’s Gladys Berejiklian has shown a more business-friendly method of beating the virus, all up the beating of that virus has delivered a terrific economic dividend.

That September quarter, which showed a 3.3% economic growth rate, when once it was thought it could have been a small negative, isnt just a better-than-expected number but an exciting lifeline for businesses, Australians and worried about losing their jobs, their careers and their homes, which sounds like an exciting outcome to me.

As I’ve said, we’ll learn today that the Treasurer pockets a cool $10 billion because JobKeeper payments are less than expected. And that says businesses that once thought their turnover would be down by 30% or more were pleasantly surprised  to see that things turned out to be better than was predicted by doomsday merchants.

Also helping our budget bottom line was the huge spike in iron ore prices. And it has been China’s demand for the ‘stuff’ that has pushed up its price over $US150 a tonne. Happily, the Budget was based on a $US55 price, which gives the Treasurer a tax collection windfall because the company tax rate for BHP, Rio and Fortescue is 30% on their surging profits.

China and the bad trade banning boys of Beijing remain a threat to our economic future and the Budget’s big improvement. However, our current trade enemy needs us to help them build infrastructure to help reboot the Chinese economy after its tragic brush with the Coronavirus.

And because we’re now saving $69 billion on money we used to spend on overseas trips, this will be a bit of a buffer if China keeps this trade torture going for too long. If we can patch up our differences inside a year, then I calculate the local spending from one-time travellers who are now stuck here in Oz, will offset losses from reduced export sales to China.

All this economic intrigue and how these seemingly boring budgeting numbers can be the difference between happy, employed aspirational Aussies and depressed, jobless, bankrupted and negative locals, convinces me that economics is compelling and nearly addictive!

As I’ve said: “You find it boring, I find it exciting!”