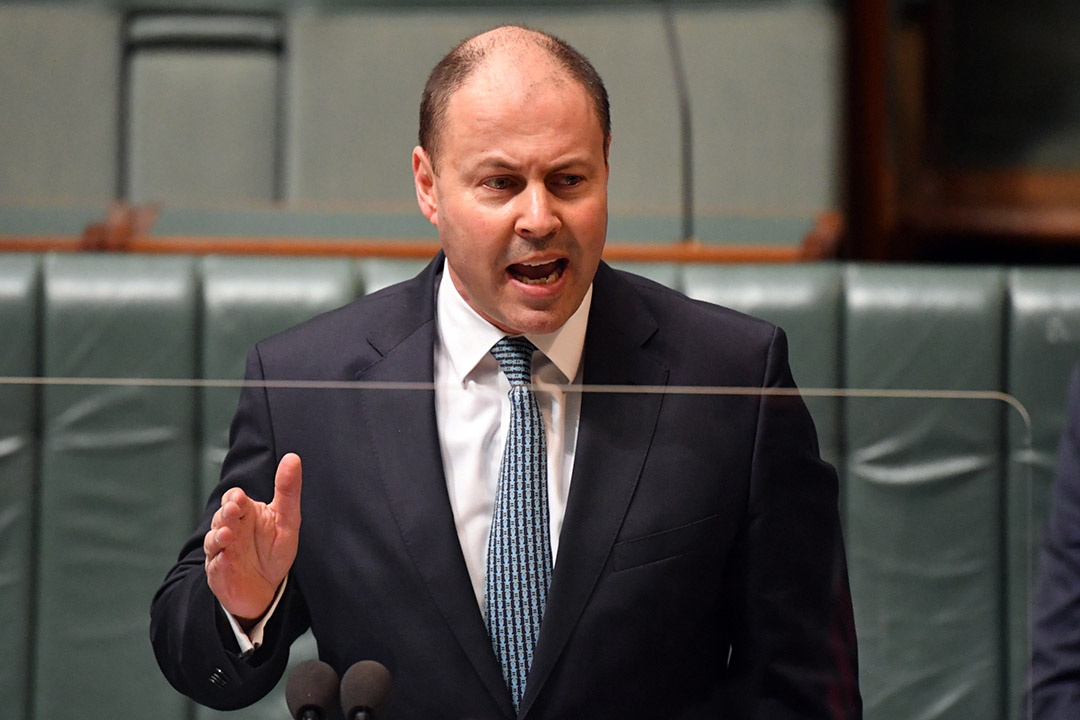 Vaccinations have become the most important economic indicator economists and politicians are watching because it tells us when a huge surge of growth, jobs and income will rain down on the country.

But Treasurer Frydenberg says vaccinations won’t just help the health of the economy he’s in charge of but also the mental health of many Australians in NSW and Victoria virtually incarcerated in their homes.

He wants business bosses and industry heavyweights to pressure state premiers to open up the economy as fast and as safely as possible.

I interviewed the Treasurer on Friday and he thinks 2022 will be a boom year, but says business and industry leaders have to bounce state premiers to stop them playing politics to help open up the economy.

Writing in The Australian newspaper, Josh said many businesses “are just holding on…” and it comes as Premiers, like Western Australia’s Mark McGowan, have cast doubts on how quickly he’ll reopen his state, which virtually has no Covid cases.

McGowan is weighing up what a 70% or 80% vaccination rate means for his state and his people and says he doesn’t want to commit any Western Australians to death.

This is totally understandable on a personal level but he is the Premier of a state economy as well. Right now, the miners are making his hardball on border closures work, but he will have to bite the bullet one day and allow his people to fly and connect with the rest of Australia, and the world.

Ironically, because McGowan has done so well in keeping the virus out, his people will be more vulnerable to the virus as it hangs around for years. Herd immunity for Australia is expected to be when we hit 80% or 90% vaccination rates but because the people of WA have had less life-changing events, they could be slow to get jabbed.

McGowan will have to open up eventually and medically vulnerable people will die, just as influenza has been responsible for taking over 1,200 unhealthy Australians each year before the Coronavirus showed up. That virus has taken 999 Australian lives in more than a year.

On Wednesday this week, we find out how fast the economy was growing in the June quarter (April, May and June). Some economists think it could be a small negative number. If you add that to the current September quarter, which will be a big negative growth figure, it could mean we’ll see headlines that tell us we’re in a double-dip recession!

Headlines like that will also hurt the economic recovery of 2022, as businesses and consumers lose confidence and cutback on spending.

To help the cause of speeding up vaccinations to reopen the economy ASAP, the Morrison Government has finalised its medical indemnity policy. This will help businesses ramp up the vaccination drive. This means the Government will provide compensation if anyone is negatively affected by being jabbed at a business location or because an employer told their workers that if there’s no jab, there’s no job and there are resultant health complications.

This policy could turbo charge the vaccination rate and help reopen the economy faster than even the Treasurer has factored in, using his ‘Aladdin’ like powers opening up the economy to the economic treasures that lie ahead in 2022.

But as the Treasurer has emphasised, this isn’t just an economic issue, it’s also a mental health concern.

He says: “In the past year, in NSW, about 8,500 people under the age of 18 presented at emergency departments for self-harm and suicidal thoughts. This is up nearly 50 per cent on pre-pandemic levels. There is light at the end of the tunnel. Once we achieve 70 to 80 per cent vaccination, we will see less transmission of Covid-19, fewer people with severe illness, and therefore fewer hospitalisations and deaths.”

It’s not an easy issue to assess the rights and wrongs, which is fertile ground for politicians who always want to win friends and influence voters.