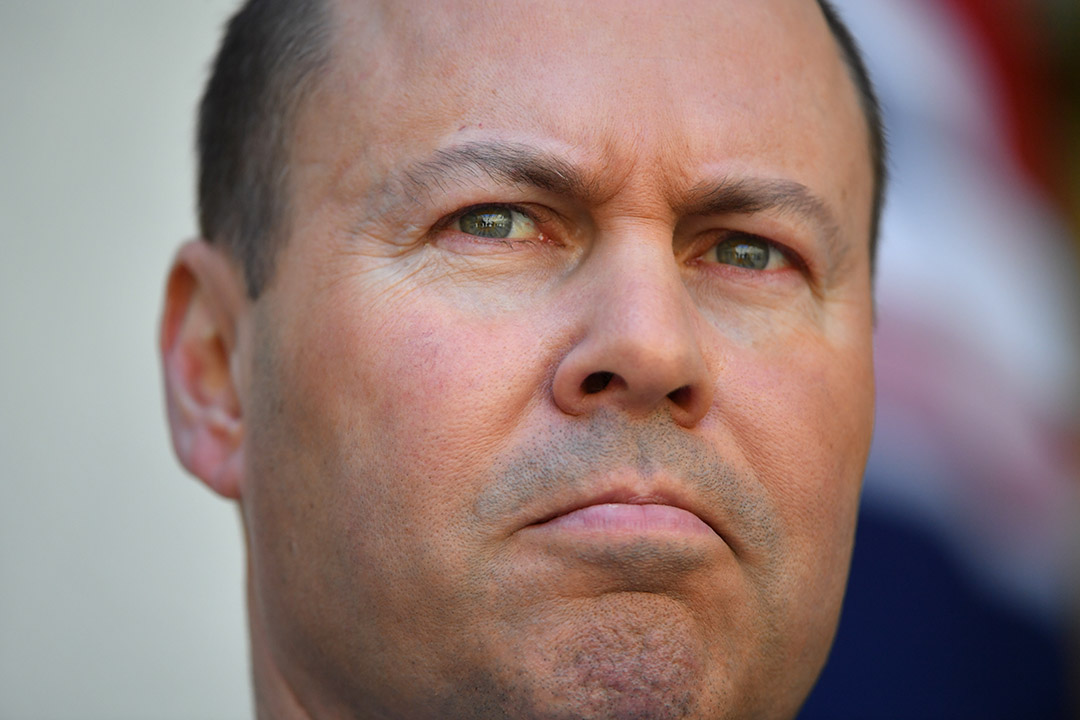 Frydenberg gives tax cuts to all to nuke this recession

Will lots of Australians see a tax cut as big as $2,565 next Tuesday? That’s the pre-Budget speculation, with tax rate reductions planned for 2022 expected to be thrown at us by Treasurer Josh Frydenberg, hoping to kill this recession ASAP.

Small business and the jobs they create will be a centrepiece of next Tuesday’s Budget. And there’ll be rewards for the innovators — the businesses that invest in success that will be the job creators, the exporters and drivers of this country’s economic growth.

What will Treasurer Josh Frydenberg dangle in front of us on Budget night?

We’ll all get tax cuts because Josh wants us to spend — to buy stuff and go holidaying. But we’ll have to wait for Tuesday to see how big those cuts will be.

And then in 2024, the 32.5% tax threshold increased to include those earning as much as $200,000. And it will be interesting to see if Josh nukes us with all his proposed tax cuts. That looks like wishful thinking but we are in the middle of a recession that could become a depression, if we don’t beat negativity into submission.

That would cost the Budget $12.35 billion. But given the overall Budget Deficit is tipped to be $200 billion plus, it looks like a good use of our tax money.

For business, there will be fringe benefit tax exemptions, if you’re a business that retrains or reskills workers who were destined to be made redundant. Also supplying multiple electronic devices to employees will bring FBT exemptions.

Car parking provided to employees of eligible businesses won’t be slugged with FBT.

The answer to “how will the FBT exemptions work?” will have to wait until Tuesday night but it all looks positive for SMEs.

For the big end of town and very innovative smaller businesses, the plan to reduce the research and development tax breaks will be reversed because this isn’t the time for penny-pinching. 2021 has to be an economic boom year, given the recession of 2020.

The AFR says that “the government now has before the Senate legislation that would impose a $4 million cap on claims for firms generating less than $20 million…” but that was seen as a good idea before the Coronavirus came to town. The newspaper’s Phil Coorey says: “Companies that spent more than 9 per cent of business expenditure on innovation would receive a tax offset on 42.5 per cent of the cost (assuming a 30 per cent corporate tax rate), better than the flat 38.5 per cent available previously. But the two-thirds of R&D claimants with an intensity level below 4 per cent will see their offset fall to 34.5 per cent.”

This could be a huge incentive for businesses to spend and innovate.

The best idea I’ve seen so far to help the tourism and hospitality sector comes from economist Saul Eslake. He says the Budget should give out tradeable vouchers worth $1,000 for consumers to spend in those critical areas of Australian tourism or live theatre shows by June 2022. He says this would be a better way of stimulating employment in COVID-19 affected sectors but I’d extend it to restaurants, especially in the CBDs of our major cities, where office workers are still not showing up for work.

If you want to know how badly the Coronavirus has screwed CBD restaurants, listen to my podcast with Luke Mangan.

Luke is a great chef/entrepreneur but his business growth and his employment of hundreds of workers is depended on CBD restaurants, airlines and cruise ships! Doh!

I know most normal people are mad keen to see how the footie plays out over the weekend with finals time upon us. But for me, I’ve got pre-Budget anxiety, with four more sleeps to go before Josh’s most important fiscal show-and-tell in all our lifetimes. Go Josh!