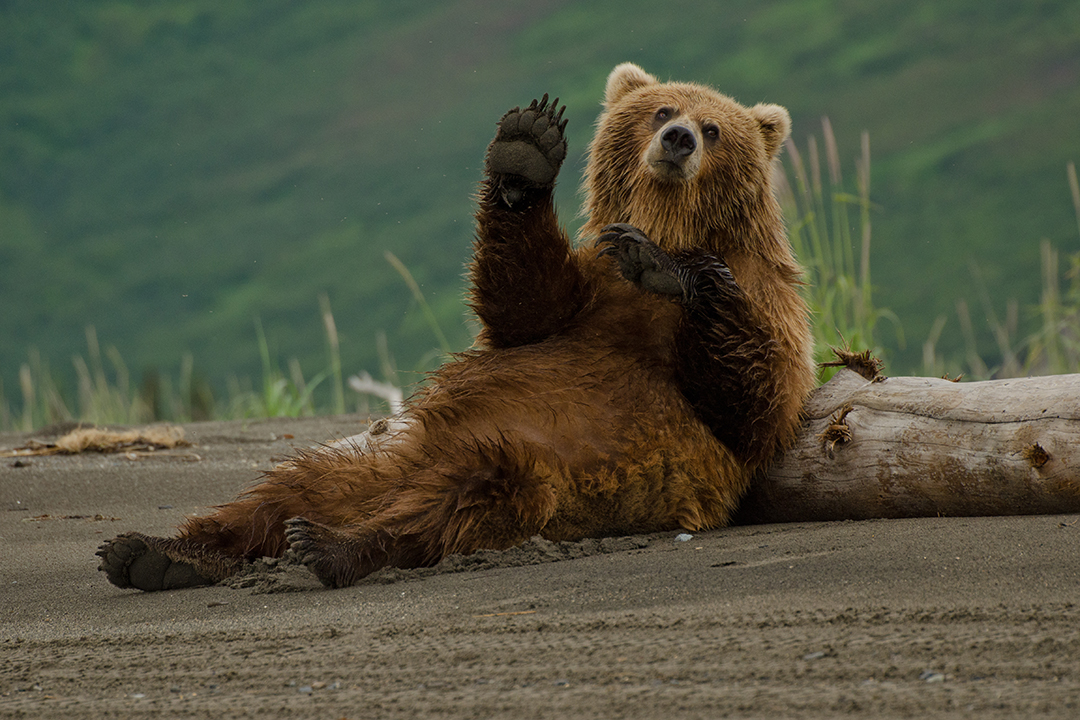 Four weeks ago, at the height of the fear factor driven by the Coronavirus, when the Prime Minister and Treasurer were invoking the Yogi Bear option for our economy with a six-month hibernation period predicted, who would’ve thought we’d be planning to be back to work soon?

Well, no one from Canberra is saying this but the stock market is starting to build it in. And the big drivers of share prices are believing it in New York and the US, where their virus-beating stats are no way as good as ours here in Australia.

My local coffee shop owner in Sydney’s CBD (we have a Switzer Melbourne office where the coffee is so good but we can’t get there without going into quarantine!) opened up again on Monday, after a three-week shutdown. Sue, the owner, told me that we wouldn’t be back to normal for her business for a year! The poor woman is a victim of the media and their perpetual preoccupation with worst-case scenarios. I felt so sad for her. I told her that her building, usually full with coffee-addicted office workers, would be back and buying by some time in June.

She loved hearing this – it gave her hope! And I reckon I’ll be on the money with my prediction and world news sources are backing my big call. And if I’m right, all these woefully scary predictions about big bank losses of $35 billion will be way out and wrong!

After nearly 35 years of analysing the greatest businesses and business-builders of all time, I’ve come to realize that the people who end up being spectacular success stories often ask themselves: “What if the opposite was true?”

Microsoft’s share price is only $17 lower than it was before the crash and has become a company symbolic of what the modern business world benchmarks off. Along with Alphabet’s Google, you don’t easily escape Microsoft, as we hook up our life to our smartphones and laptops.

If Microsoft’s share price was spiralling into oblivion, as all the early stories about the Coronavirus implied, I wouldn’t be asking this question: “What if the opposite was true?” However, Microsoft isn’t crashing and my early suggestions that we were prematurely cutting our wrists over the pandemic implications, look like they were even more accurate than even I was expecting.

On the US business website today, CNBC features a shot of Bondi Beach and speaks highly of Australia, New Zealand and South Korea as being the world champs in beating the Coronavirus. “Countries like Australia, New Zealand and South Korea are among the few which managed to buck the trend and put a lid on the coronavirus outbreak, at least for now,” the report said. “Their success has boosted investor confidence and it’s showing in the strength of their currencies.”

On my daily reports with Alan Jones on 2GB, 4BC and 2CC, I’ve made a point that our dollar is a great test of market sentiment. And around that scary day of March 23, we touched 54 US cents but we’re now nearly 65 US cents!

The confidence pendulum is swinging to the positive and only a second wave of scary infections will derail this positivity. However, if there is no significant second wave, then the scary predictions of a deep recession, 10% unemployment, a 40% collapse in house prices and banks facing $35 billion worth of losses, will all be BS, to put it crudely!

This week NAB went early to put it out there that it needed $3.5 billion in capital to get through the next six months in particular and we learnt that an expected 83 cents dividend was going to be butchered by 64% to 30 cents!

That would have shocked dividend-collecting investors and retirees who love bank dividends. But this is what happens when GFC-style crashes come along and that’s what we’ve prepared ourselves for with this damn pandemic, which has bred lockdowns and closures of our economies.

But what if the opposite is true?

The AFR summed up what NAB’s CEO, Ross McEwan, had to consider when setting the bank’s sails as it plots a course against the headwinds of the Coronavirus. “It said GDP would contract by 3 per cent, in its base case, in 2020, before rebounding to 3.4 per cent growth in 2021,” the AFR revealed. “Under the 'severe downside' scenario, it modelled GDP to fall by 3 per cent in 2020 and a further 2.5 per cent in 2021, before recovering to 2 per cent growth in 2022.”

This is Armageddon stuff that the stock market and I don’t believe will be the reality. This dividend cut is understandable but if we continue to kick the Coronavirus’s butt, our economy will recover quicker than expected and the economic and income losses of March through to June will be gradually offset by rising incomes, unbelievably low interest rates and a pipeline of Government stimulus on steroids, that could propel our economy into a very strong financial year from 1 July 2020 to 30 June 2021.

It’s a ripper of a best-case scenario but don’t just think this is optimistic Switz giving into his addiction to positivity. One well-known economist even suggested that we could even avoid a technical recession, which even shocked me!

That could happen if the months of January and February keep the March quarter positive and the June quarter is the only one that ends up being a big negative. I guess if we get back to work in June, then the July-September quarter could sneak into the positive.

For that to happen, we’d have to see no significant second-wave infections. And that’s a threat that the stock market is betting against right now.