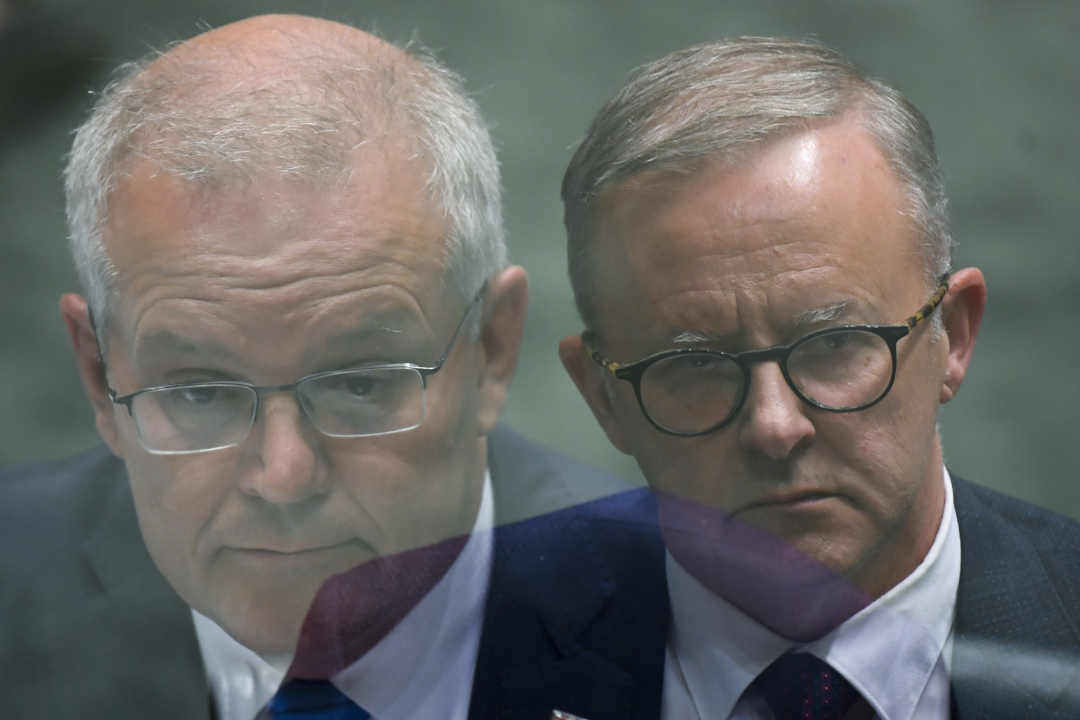 Elections are always determined by “the economy, stupid”.

Elections can be seemingly fought on whether the Prime Minister is long on marketing and short of substance, which will be a theme of Labor. While some quarters of the media will be happy to push this, most elections get determined by the economic bottom line.

And right now, the big economic stories that will form the background to the election campaign will be dominated by rising inflation, the fear of interest rate rises (now tipped to start in June this year), the unemployment rate (which we’ll hear about on Thursday) and predictions from the RBA that house prices could fall by 15%.

That could be triggered by the RBA raising the cash rate from 0.1% to 2% over the next two years, with most bank economists seeing that rate of interest at 1% by year’s end.

Undoubtedly, the election campaign will see both sides imply that interest rates will be higher if their opponent wins on May 21. That said, with Labor hitting the road running promising higher wages, you can see Prime Minister Morrison trying to skate between the likelihood that a future Coalition government would contain wage rises, which will mean less inflation and therefore less interest rate rises.

This then should mean a smaller fall in house prices. The AFR’s Ronald Mizen quoted Louis Christopher, managing director of SQM Research, who said, “a 15 per cent fall in prices was possible with a 2 percentage point increase [in interest rates]”.

Right now, Westpac’s economics team sees a 14% fall in house prices over the next two years, while AMP Capital’s Shane Oliver thinks falls of 10-15% are possible.

This is the kind of fall that wouldn’t surprise the RBA’s researchers, but, interestingly, the Bank’s stats on how much home loan borrowers have overpaid their mortgages, creating a buffer to cushion the impact of rising interest rates, is historically very high. “NAB director of economics and markets Tapas Strickland said a 15 per cent drop in house prices would be unlikely to prompt concerns because the recent boom in values, including a 22 per cent increase in 2021, meant 95 per cent of borrowers now had at least 75 per cent equity in their homes,” Mizen reported.

That’s great news for the economy going forward but in the context of an election campaign, the big news items will be a 2% rise in interest rates and a 15% fall in house prices. And we could hear a lot about which party will be best for the bottom lines of Australians over the next six weeks.

Of course, these are numbers telling us what has happened to the economy under Prime Minister Scott Morrison but the economic bottom line for an election can be more about the future rather than the past.

The success of our future PM after May 21 will depend on how well he and his team can sell what kind of economy they will create and whether that’s the kind of economy we want.

House prices linked to inflation and rising interest rates are bound to get a big run in the economic debates ahead.

Labor will promise more wages, which wage earners will like and the Government will tell us that this will mean more inflation, more interest rate rises and bigger house price falls, which homeowners will hate but would-be buyers will love!

US President Bill Clinton made this line famous: “it’s the economy, stupid” — and it has stood the test of time.